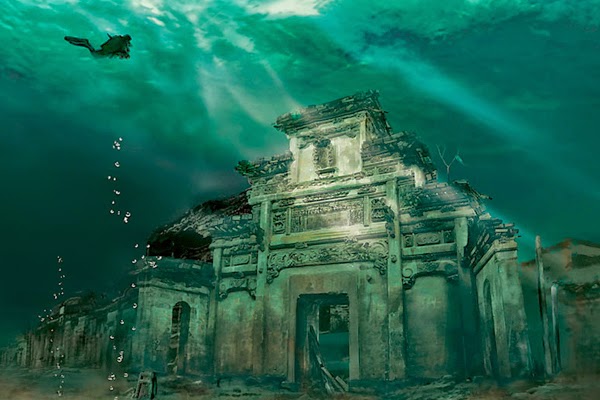 Shi Cheng, or Lion City, was founded nearly 1500 years ago and was once the probable center of commerce and politics for its district. Information about Lion City, beyond that, is somewhat sketchy (and here's a sketch of what the city may have once looked like): 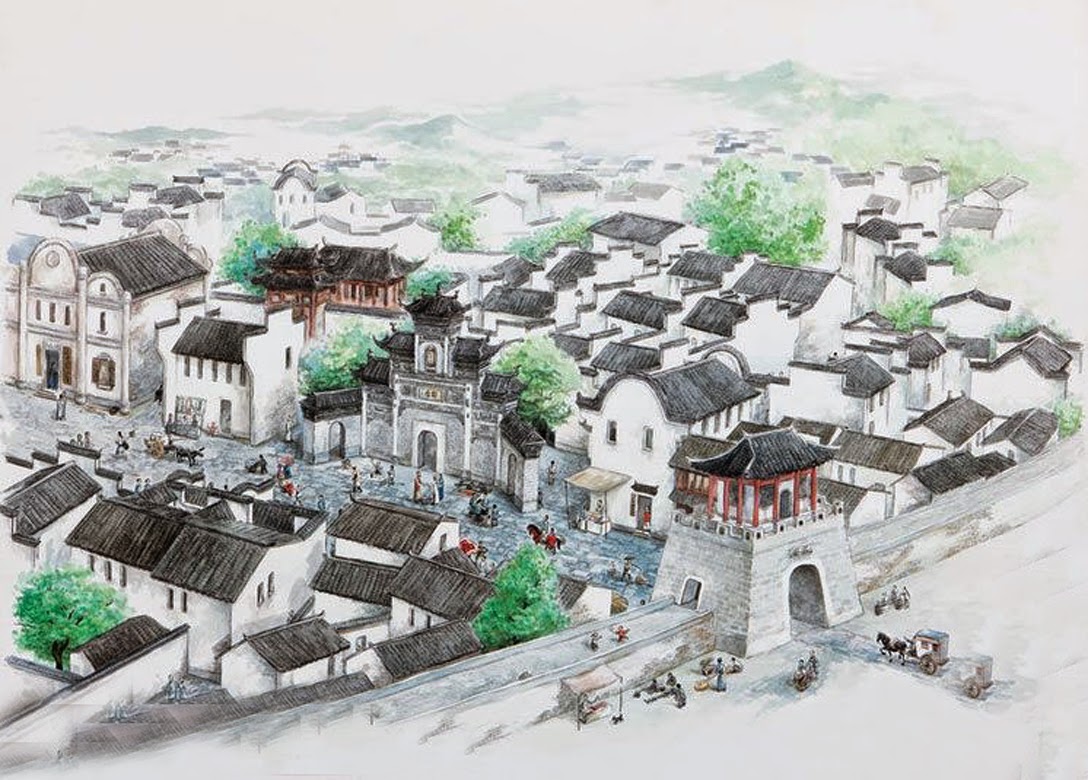 In 1959, the valley in which Shi Cheng was located was flooded for the Xin'an River Dam Project, creating Qiandao Lake. As far as I can tell, the abandoned city was not discovered until after it was flooded and submerged during the creation of the lake. Or, maybe, the Chinese government knew it was there and just didn't care. They did dislocate about 300,000 people for the project. At any rate, the once prosperous city now lies at the bottom of the lake. 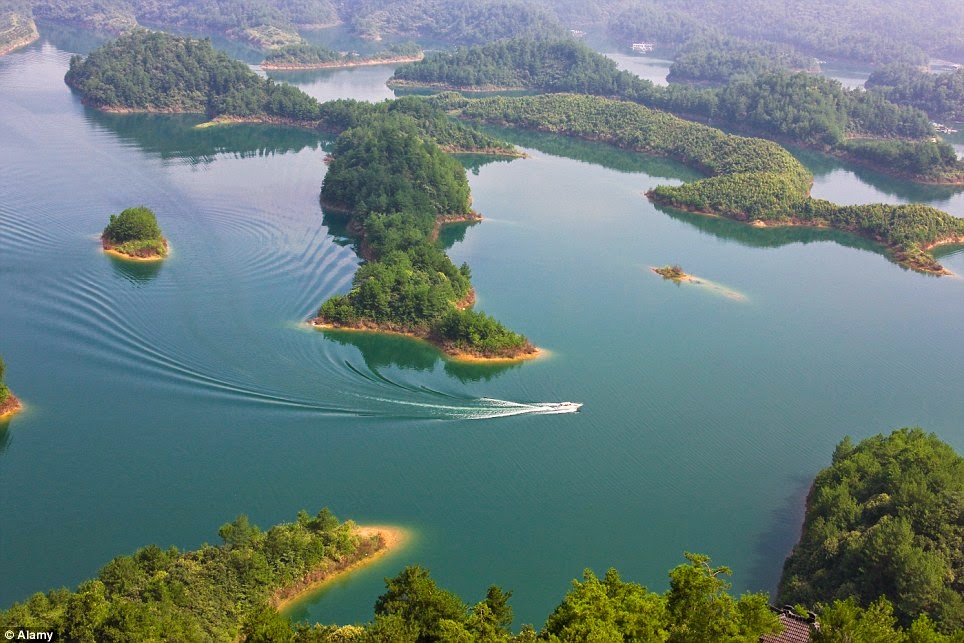 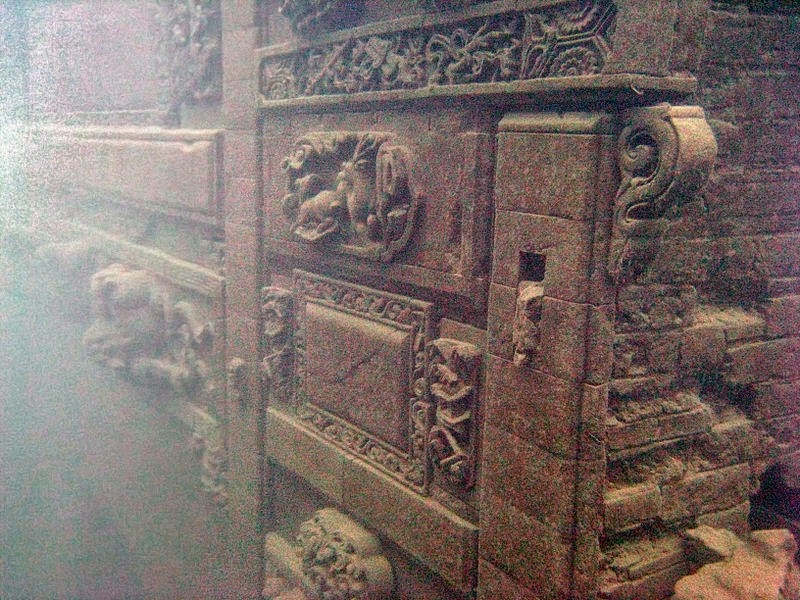 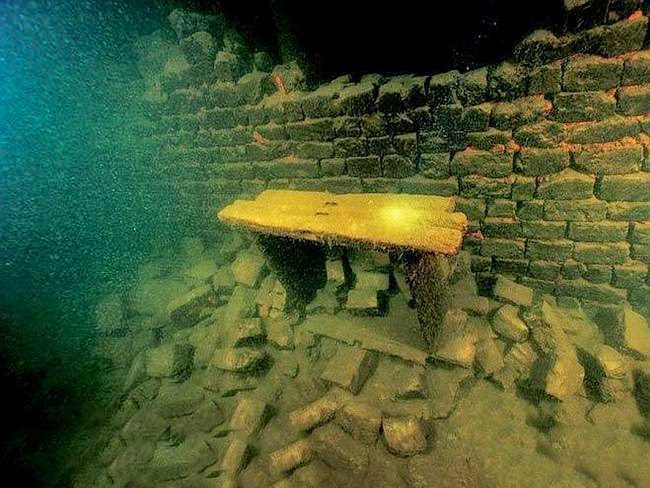 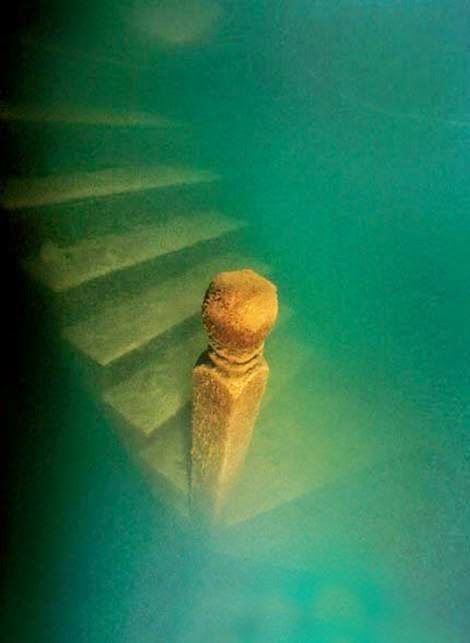 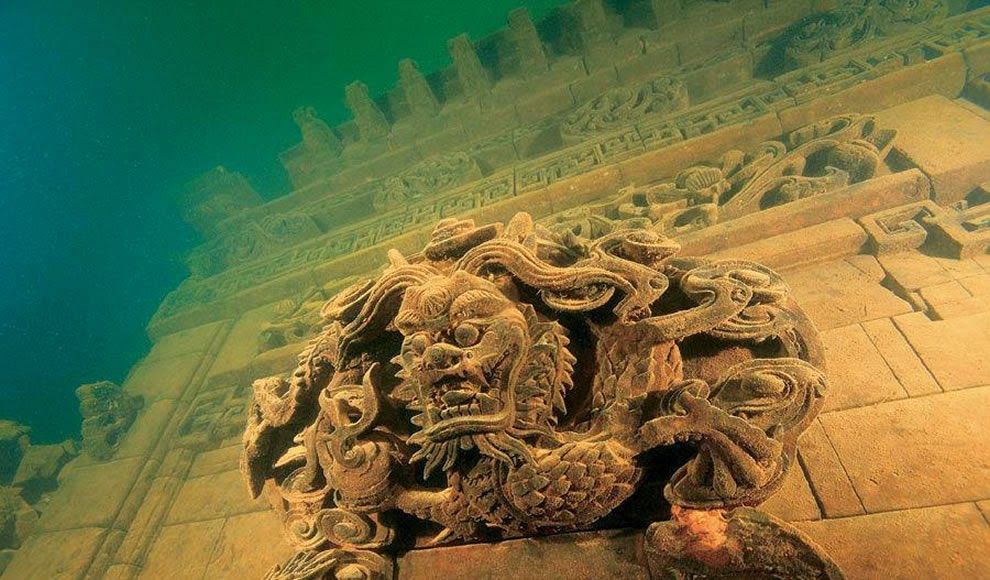 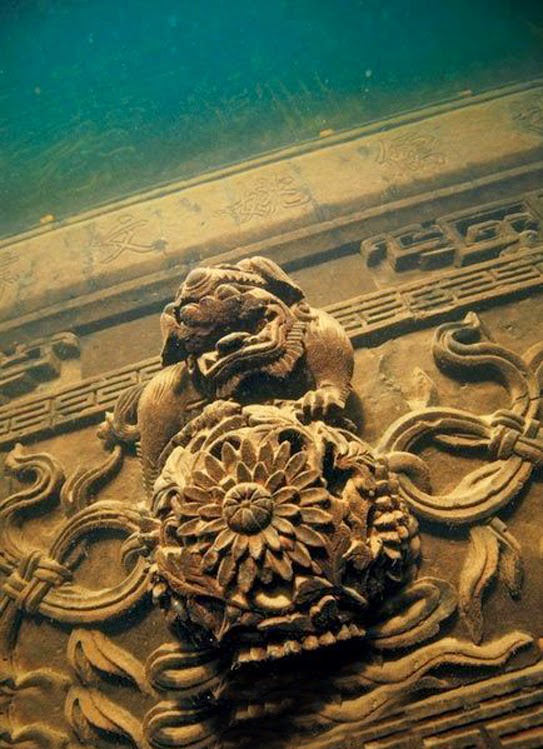 As an added bonus, here some pictures of the Sutro Baths, built in San Francisco in the 1890s as the world's largest indoor swimming pool complex. The baths operated through the 1960s when they were finally closed for financial reasons. Shortly after closing, a fired destroyed the building. 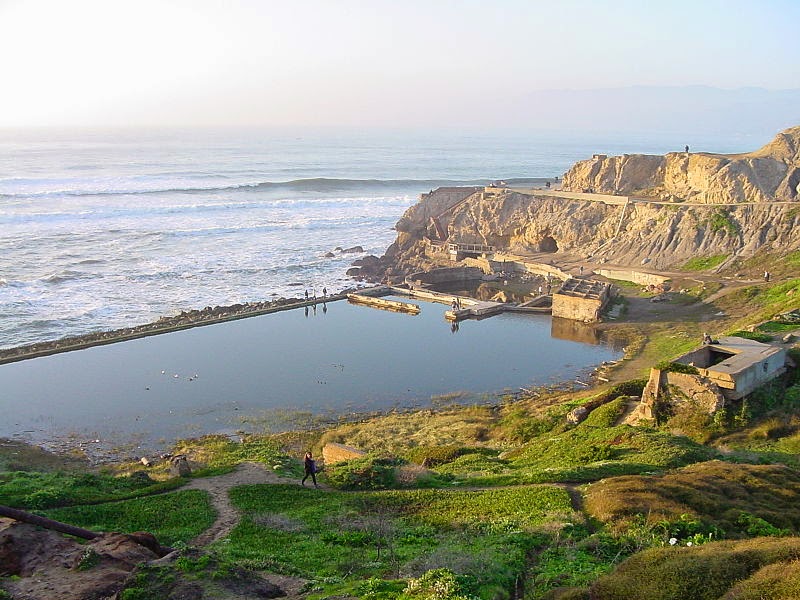 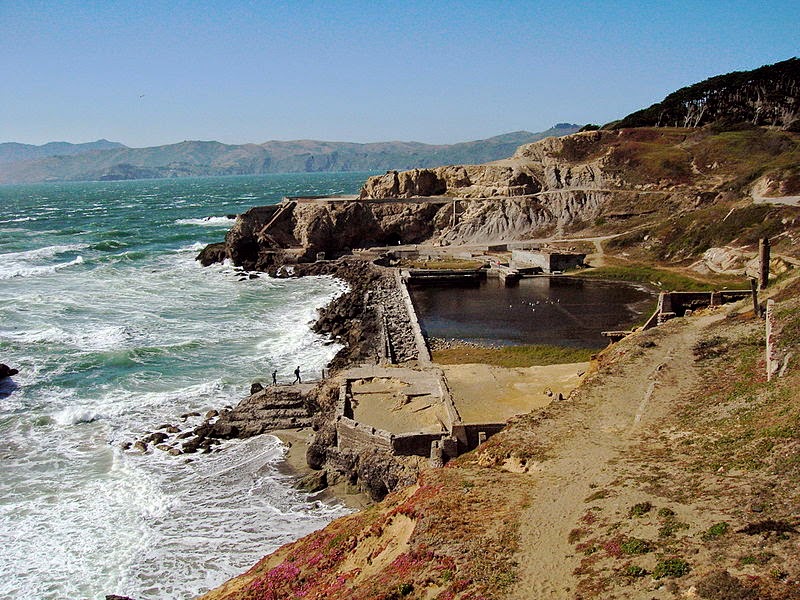