Pripyat was founded in February of 1970 as a housing development for the workers of Chernobyl, which went into construction at the same time. The city was laid out on a brand new triangular layout, unique at that time, although it became very popular  in Russian cities for a while. By 1979, two years after Chernobyl had become operational, it was finally declared a city. In 1986, the population just shy of 50,000 people, an explosion occurred at Chernobyl sending a plume of radioactive gas into the atmosphere over Pripyat. The entire population was evacuated in two days. Ultimately, more than 350,000 people were evacuated from the fallout zone. One interesting fact: Russia had originally wanted to build Chernobyl just outside of Kiev, but the Ukrainian Academy of Sciences protested.

There is a plan to have Pripyat cleaned of radioactivity by 2065. 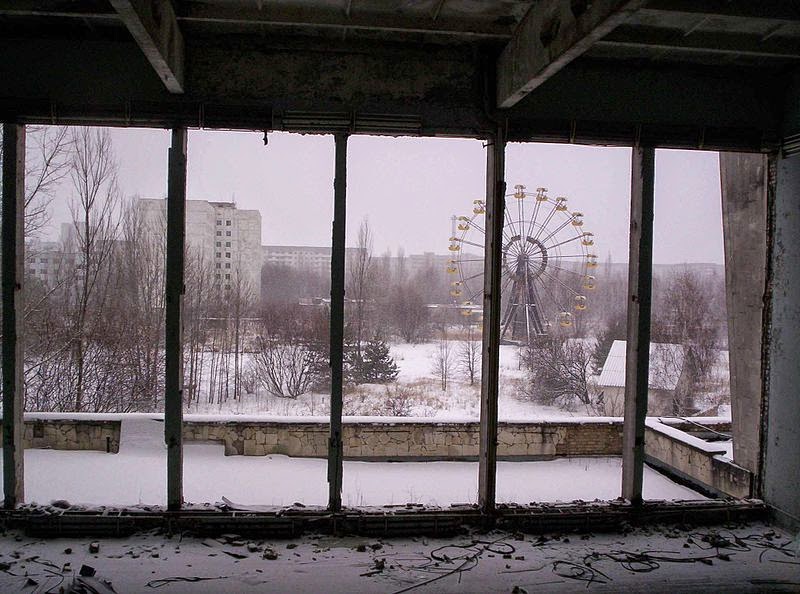 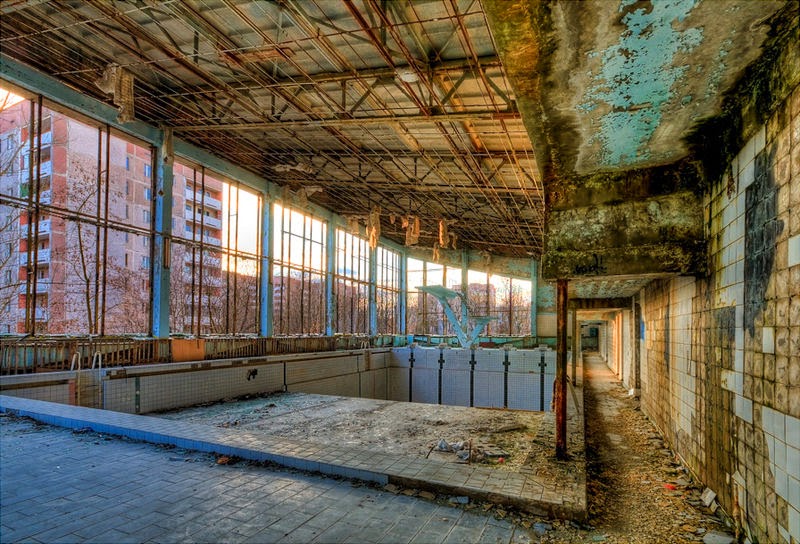 The following photos are used by permission from www.pripyat.com: 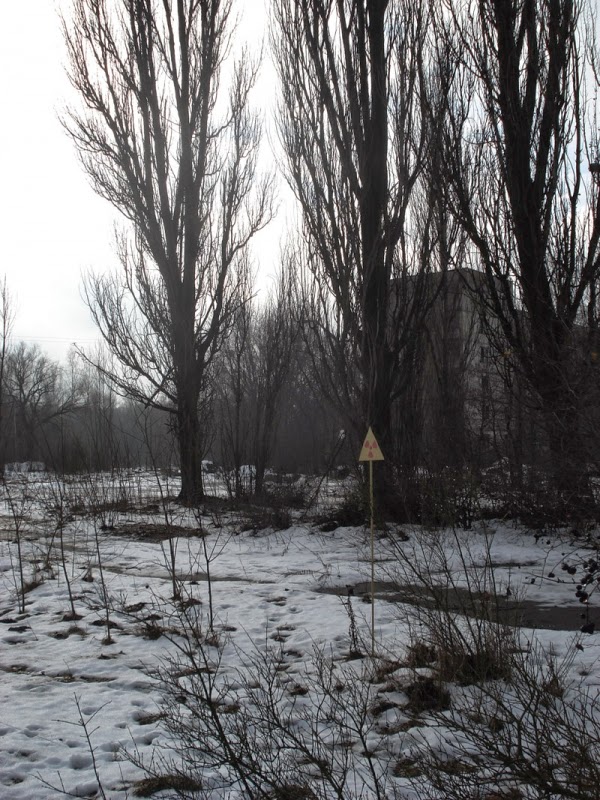 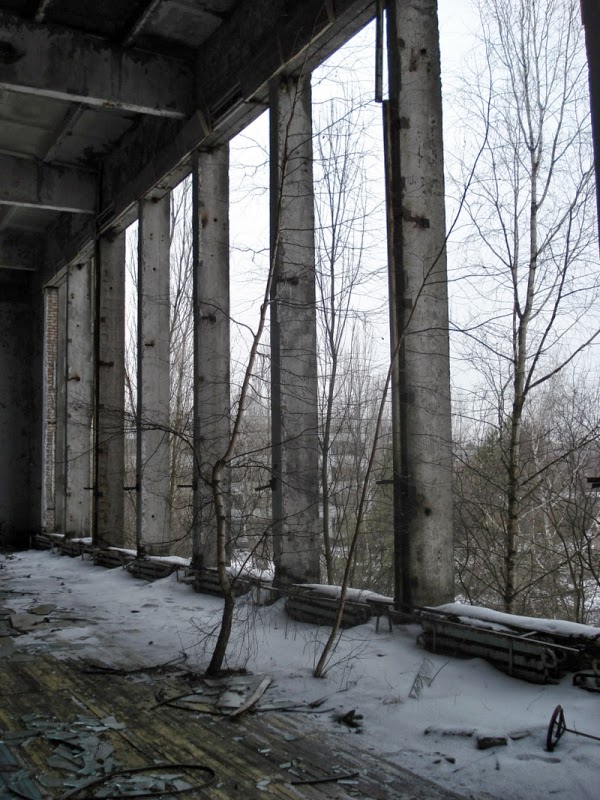 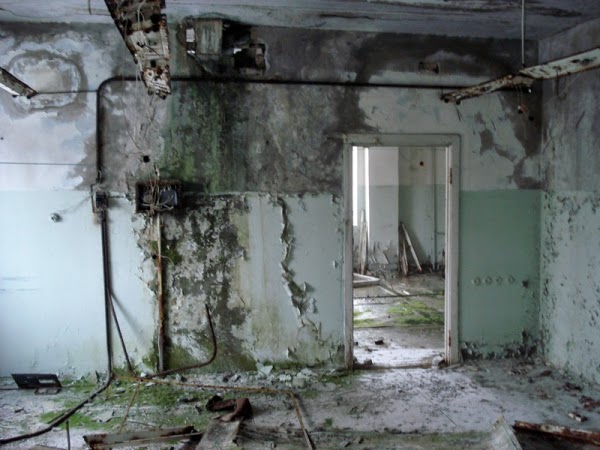 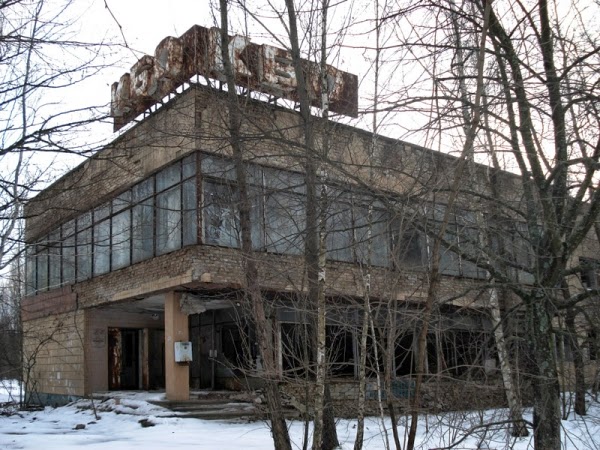 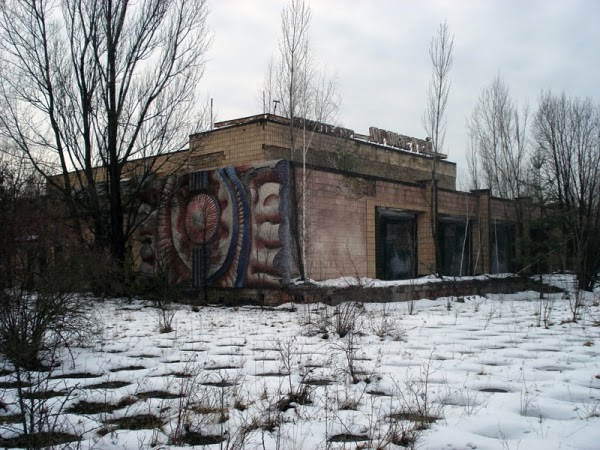 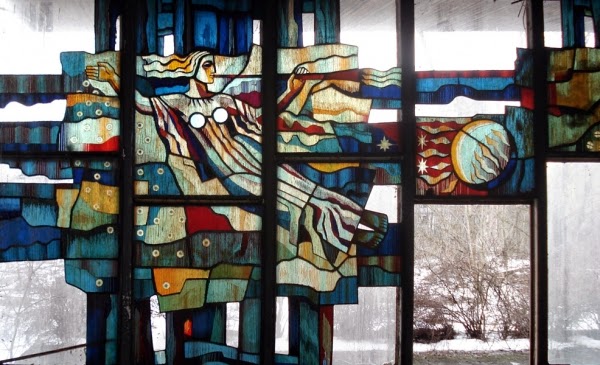 Stained glass in a cafe window.

The following photos are used by permission from http://www.justwalkedby.com/: 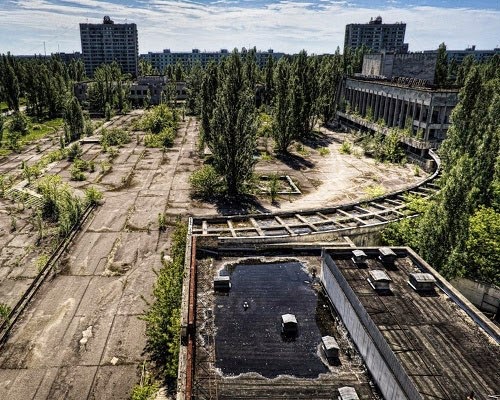 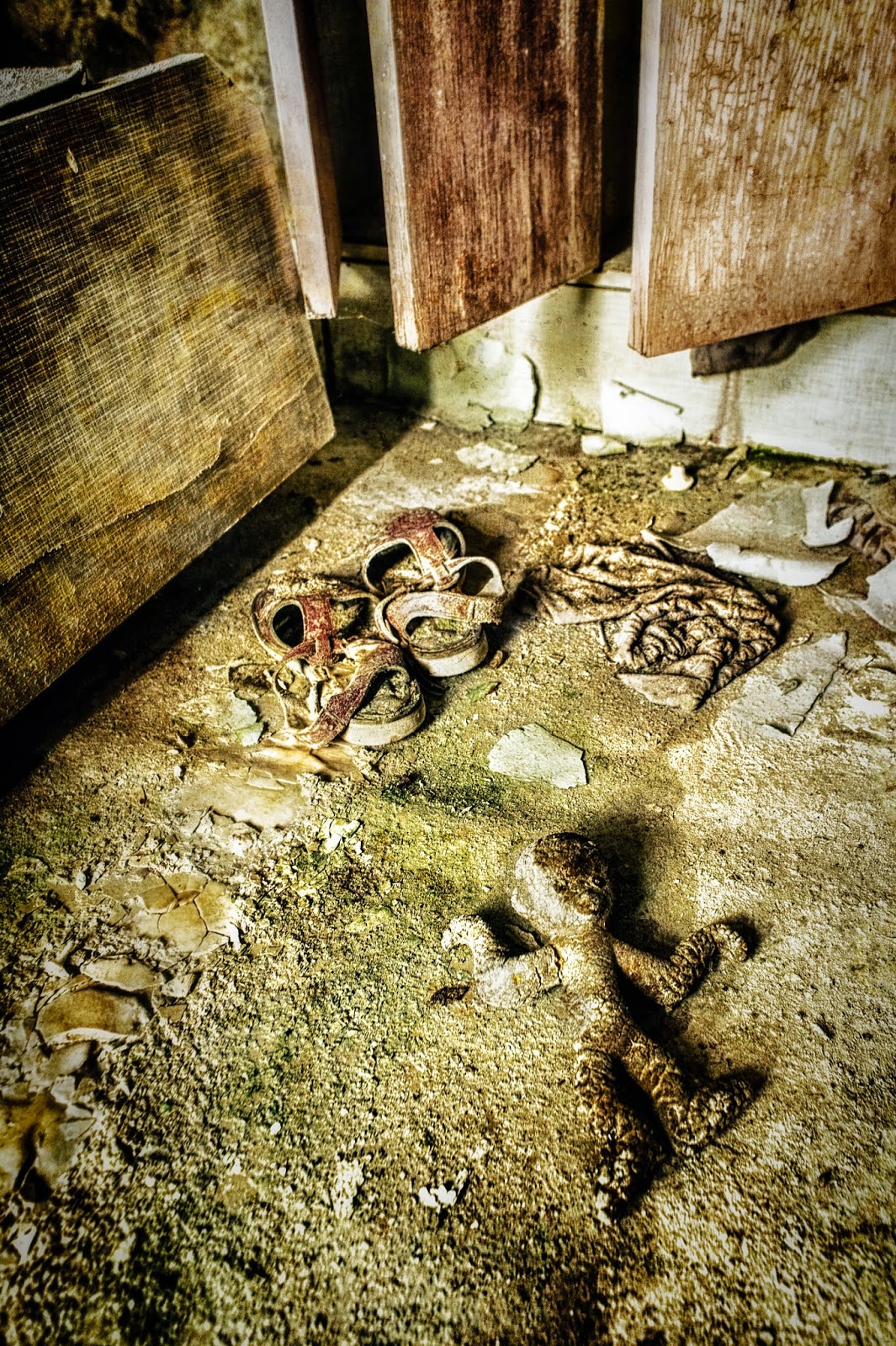 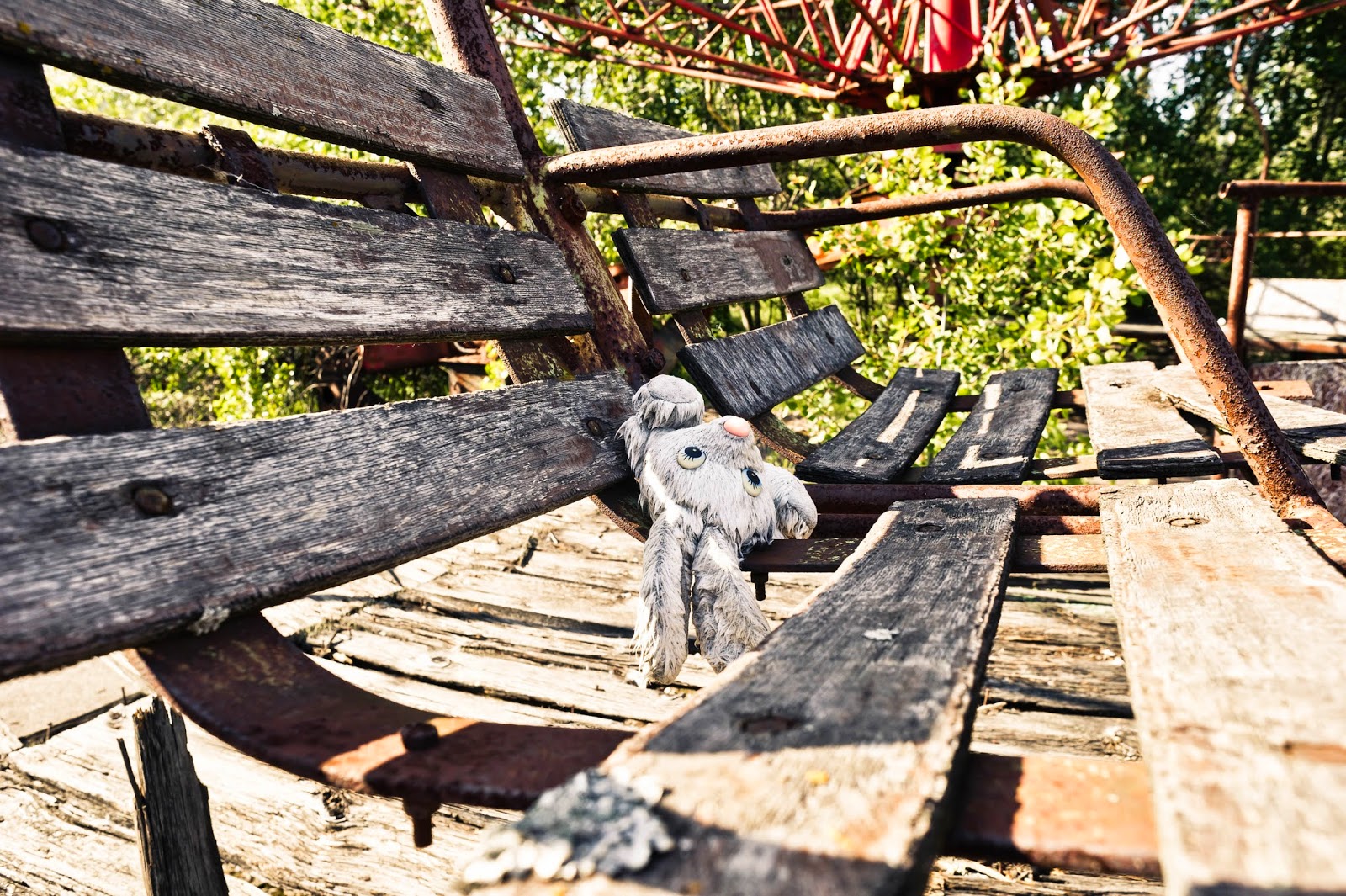 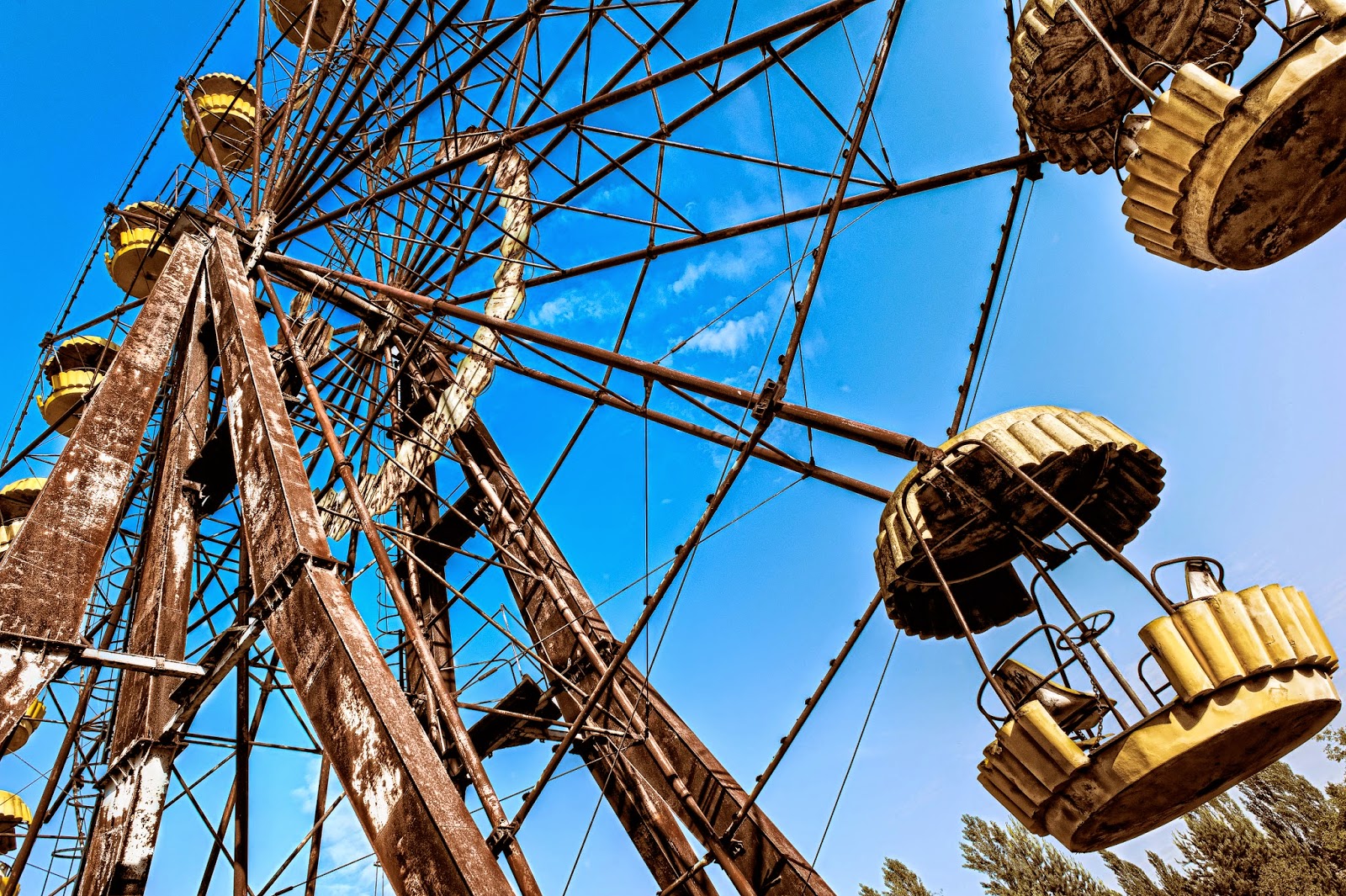