A couple of weeks ago, one of my boys had strep throat. We don't tend to give much thought to how serious strep actually is anymore because it's so easily treated. Seriously, antibiotics knock that sucker right out, but untreated it can lead to rheumatic fever, scarlet fever, and toxic shock syndrome (which is fatal), among a few other things. It's nasty stuff, and, as a father, I am entirely grateful to medical science that has allowed us things such as antibiotics.

And a vaccination against smallpox. I think we have a disconnect about how horrible smallpox was and why there was a need for special hospitals just for smallpox victims. At one time, over 80% of children infected with smallpox died. Just in the 20th century (and that wasn't that long ago), up to 500,000,000 (yes, 500 million) people died from smallpox, most of them children.

Renwick Smallpox Hospital (named for the original architect, James Renwick, Jr.) opened in the remote Blackwell's Island area of New York City in 1856. However, the area became a nesting ground for other publicly supported institutions (like a prison and an insane asylum) and became too crowded for a smallpox facility. By 1886, all of the smallpox patients had been shifted to North Brother Island and the hospital had gone to other uses.

By the 1950s, the structures in the area, including Renwick Hospital, were closed down due to being obsolete, and the entire area fell into disrepair. However, in the 1970s the island was renamed Roosevelt Island (from Welfare Island, as it had come to be known), and Renwick became New York's only landmarked ruin after it was added to the National Register of Historic Places. There has been talk of taking steps to restore and preserve the building since the mid-70s but, so far, no significant action has been taken. Only the outer walls and some of the flooring remain. 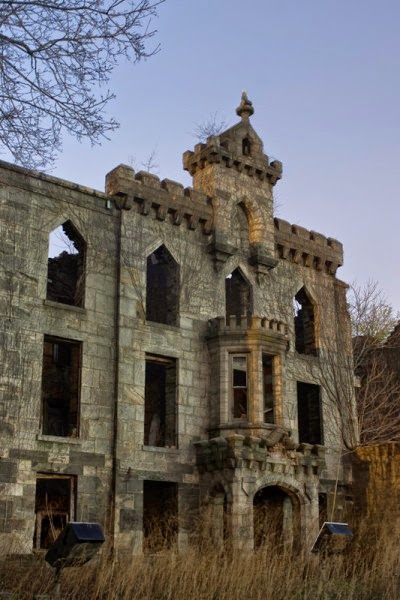 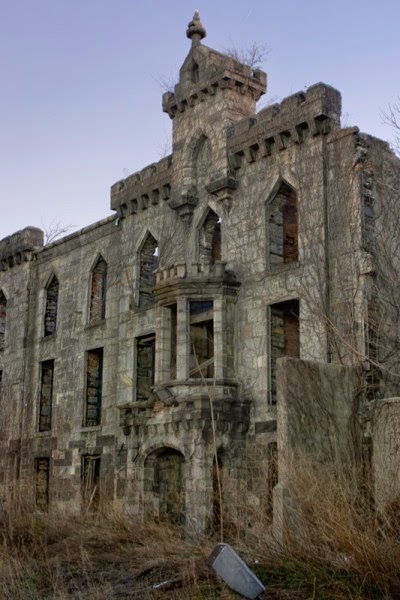 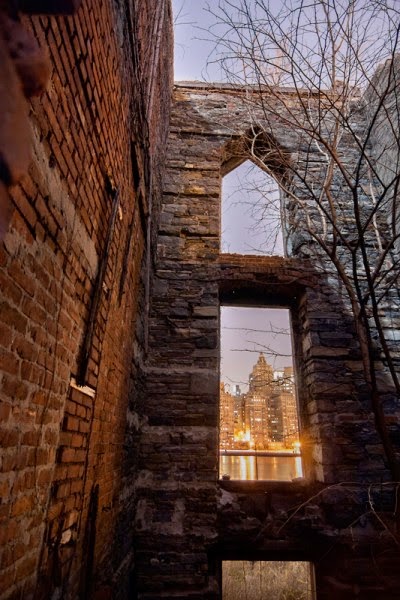 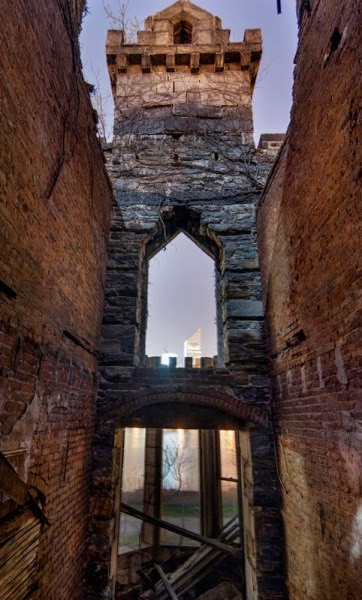 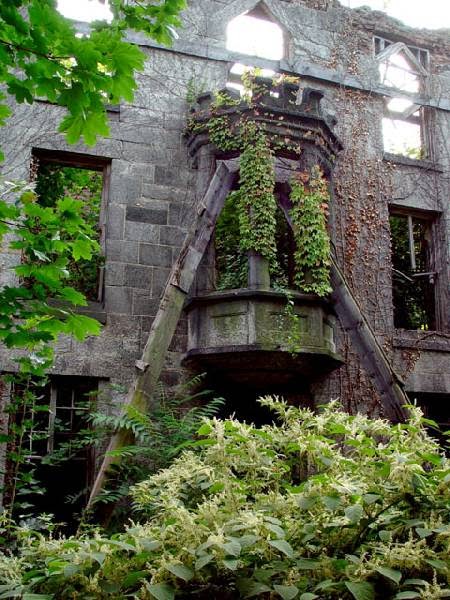 Here are some bonus photos of the abandoned Rochester Subway, also in New York: 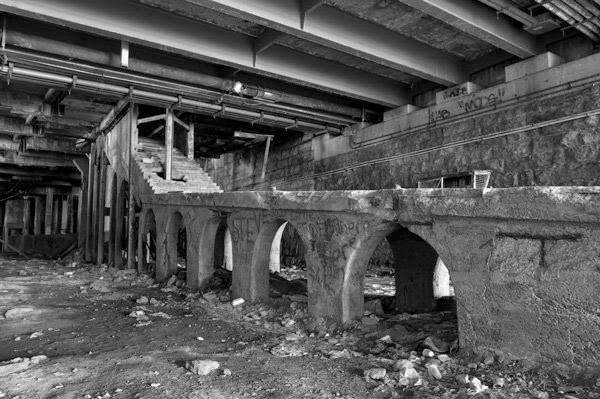 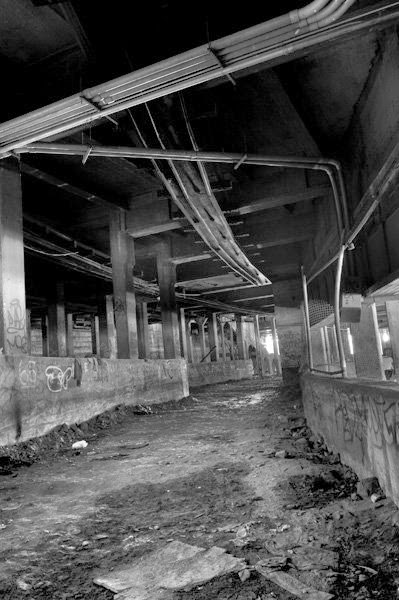 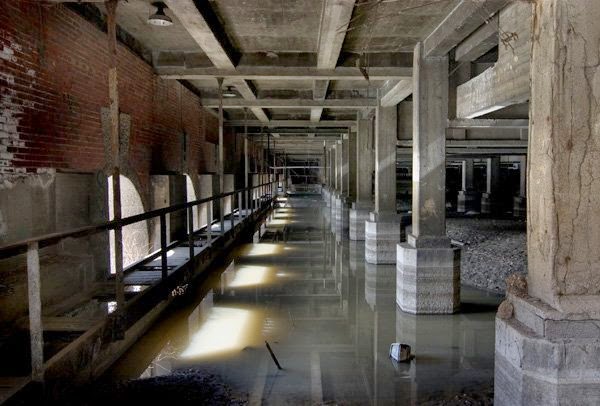 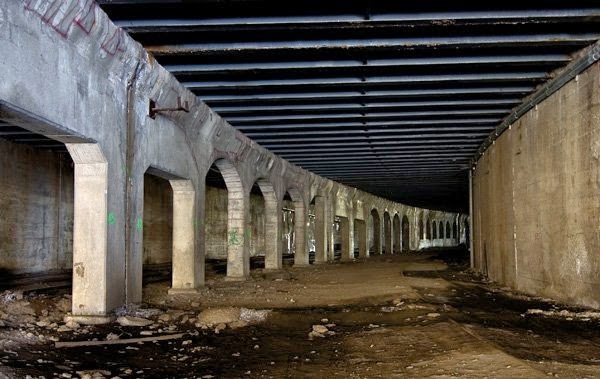 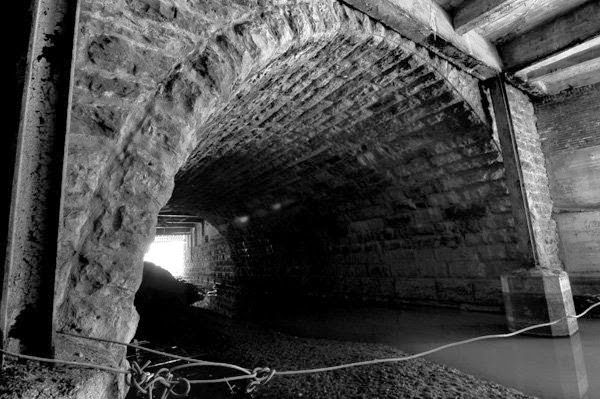 All photos except the first one courtesy of Opacity.
Posted by Andrew Leon at 9:44 PM