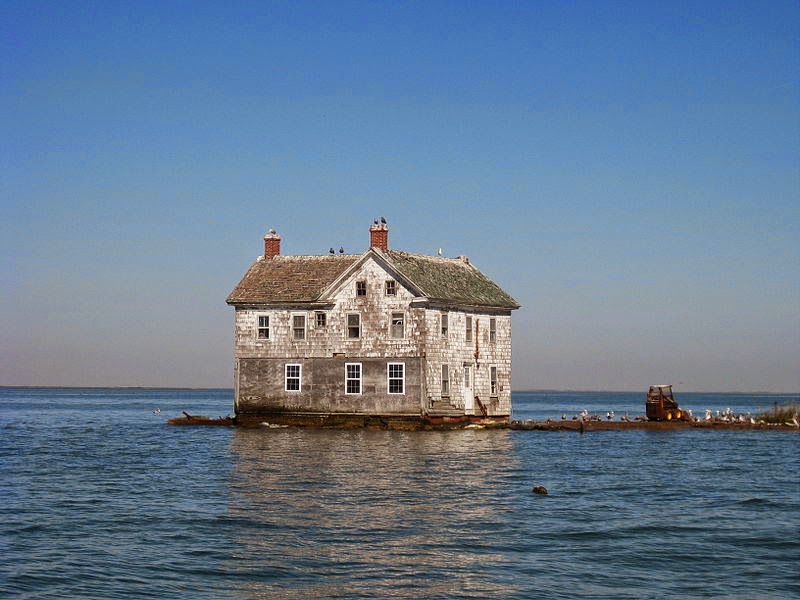 The Holland Island settlement in Chesapeake Bay goes back to the 1600s. In the early 1900s, it was one of the largest inhabited islands in the bay, but it was also being drastically affected by wind and tide erosion. In 1914, the residents began moving to the mainland, many disassembling their houses and taking them with them. The last of the islands permanent residents moved in 1918 after a storm damaged the church, which was finally moved off the island in 1922. For a while, some of the previous island dwellers tried to use the island as a fishing base, but they gave up on even that after not too many years. In 2010, the last house (built in 1888 and pictured above) finally collapsed. 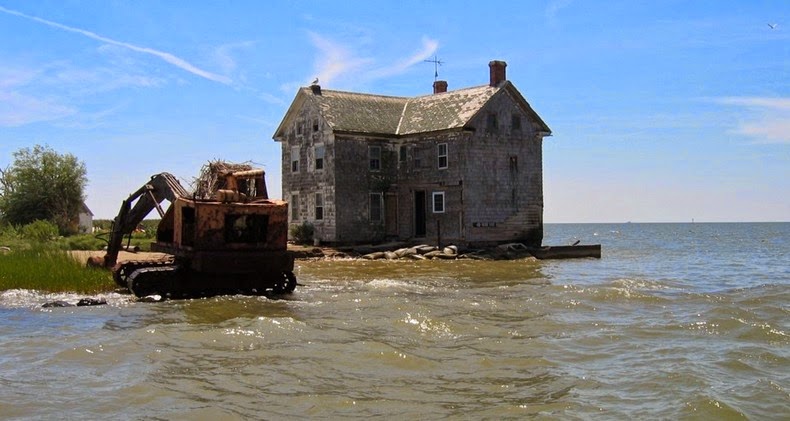 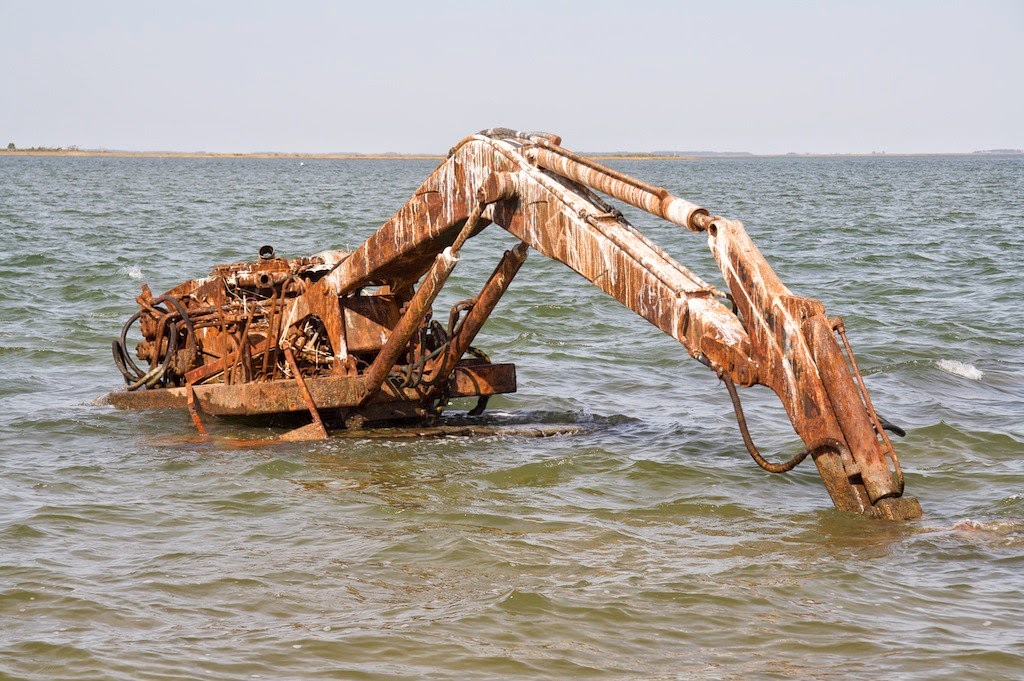 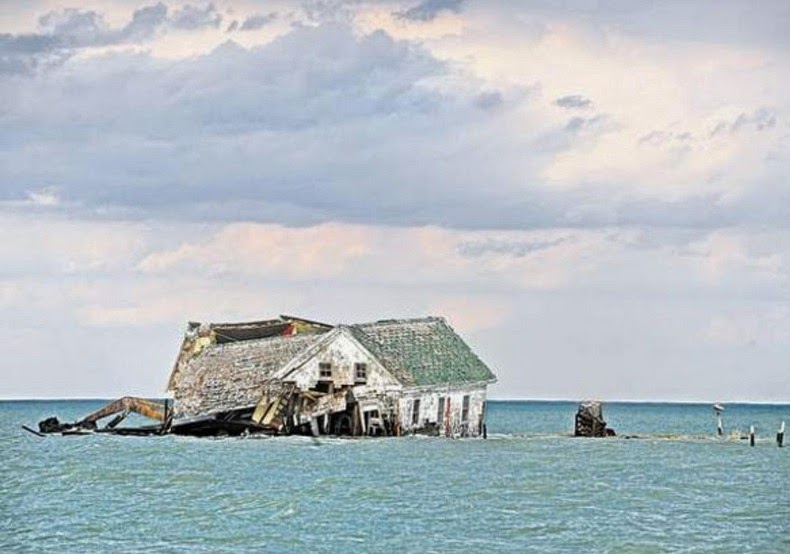 There was also a lighthouse built to the south of the island in 1889. 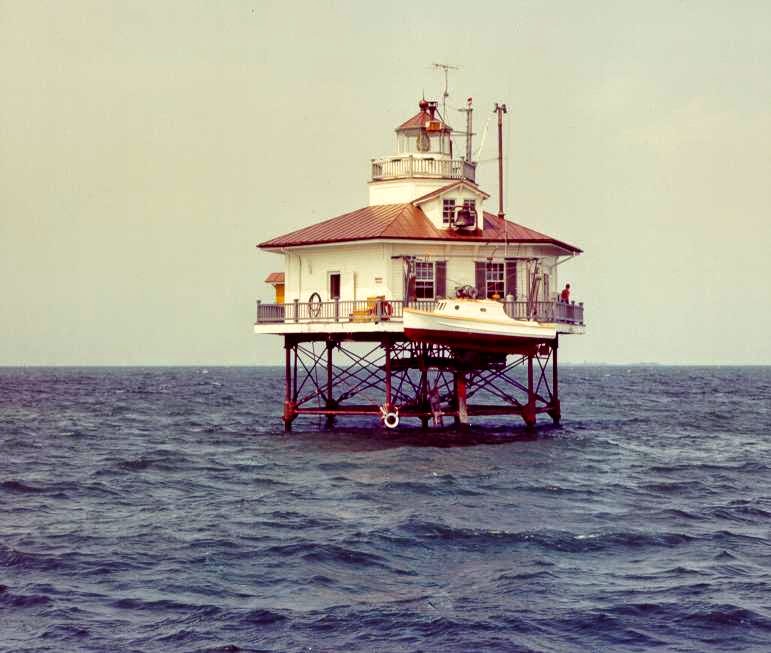 One of the keepers, Ulman Owens was found dead there in 1931. There was blood at the scene and evidence of a struggle but no wounds on the body. The death was judged to be from natural causes and no further investigation took place. Then, in 1957, three Naval pilots bombed the station, mistaking it for their actual target. Fortunately for the four keepers, the bombs carried no explosives although they still damaged the structure. The lighthouse was dismantled in 1960.
Posted by Andrew Leon at 10:09 PM