I'm a pretty crafty person. Take that however you want to. heh
Seriously, though, I think there must be some genetic tendency to do crafty things. My mom is all crafty, and all of the ornaments on our Christmas tree, when I was growing up, were handmade. Yes, I suppose it could have been environmental influence from my mother, although, if it was, my brother escaped that influence, so I'm suspecting genetics. Plus, my middle child seems to have also inherited it, and I haven't caused our environment to be all that influential in a crafty sense, so I don't know where he would have picked it up, if not genetically.

My first big interest toward crafts was model building. I built a lot of models when I was a kid. But not just building them, painting them, too. Some of the other kids I knew built the occasional model, but I was the only one I knew that bothered to paint them. And not just the exterior. I painted as I went, so I could do interior surfaces as well. Mostly, I did airplanes, and, when I say airplanes, I mean fighter jets, so painting the cockpit before the canopy was glued on was very important. So was painting the pilot. Of course, I didn't have enough room to store all of the models I made, and I didn't think they looked good hanging from my ceiling, so, since all the other kids were always so impressed with my models, I started selling off the completed kits so that I could buy new ones. It was a nice little business for a couple of years.

Along with models, I also did ceramics. My mom taught a ceramics class at our church, so, every Tuesday night, I went to ceramics with my mom. This was also because of the painting. I didn't much care for all of the pouring, cleaning (well, I did kind of like the cleaning), and prepping of the pieces; I just wanted to do the painting, and I learned a good bit about various techniques going to ceramics with my mom.

Somewhere in there (actually, it was in my 5th grade class), I learned how to do cross-stitch and needlepoint. I'm not much for needlepoint, these days, but I do still really enjoy cross-stitch, although I don't really do it very often. I have a huge dragon I'm working on (got it for Christmas several years ago) that I haven't touched in, at least, two years. But I just don't have the time to sit down and work on it. I used to do a lot of cross-stitch when I was in middle school (and some in high school), though, because it was good to do while I was watching TV (but I quit watching TV when I was a freshman, which is why I still don't do much cross-stitch. I just don't watch enough television).

Back to models. During middle school, I discovered model kits of giant robots. These were really cool. All the joints were articulated and everything. They stood about a foot tall. To give you an idea of scale, the little pilots for the robots were roughly the same size as a pilot for an airplane, so these were meant to be giant robots. I still have them around somewhere. In storage. That's how cool they were.

I was not one of the gaming geeks while I was in high school, but I knew some of them. In fact, my locker partner my freshman year was a pretty big gaming geek. He had been one of my best friends during middle school due, in no small part, to our mutual interest in Transformers. It's also his fault I ever started collecting comic books, but that's another story. He joined the gaming geek club at our high school, and, through him, I discovered that the giant robot models I had were based off of a game called BattleTech. Not knowing that this was all going to lead somewhere, I said, "Oh, I have a model of that robot. And that one. And that one." He told his gaming geek friends. There was disbelief. Which lead to me bringing some of the models to school so the gaming geeks could see them.

The general reaction was, "Wow! You can paint!" You have to understand that I had no idea what this had to do with, well, anything. Other than that, yes, I could paint. Let me just say, again, I was not a gaming geek. I had played D&D one time, when I was about 10, at my cousin's house, during a party in which all the kids were herded into my cousin's room where we were expected to stay for some four or five hours, and that was what we ended up doing. There were no maps, no miniatures, not even any character sheets for that one time I'd played D&D, so I didn't know any of those things existed. All these guys got really excited about the fact that I could paint. It was confusing. Until one of them, a senior, dug around in his stuff and pulled out a little lead figure and asked me if I would paint it for him.

Being comepletely caught off guard, I hesitated in my response. I didn't know any of these guys (except my locker partner), and this senior was asking me to paint this little, metal dude for him. The hesitation was met with the almost immediate follow up of, "I'll pay you." Let me just say that he didn't have to say anything else. And so began my miniature painting enterprise.

I've been painting miniatures ever since. On and off. Mostly on, although, right now, I'm in an off phase. Miniature painting is my other main creative outlet. Other than writing. Unfortunately, because I've mostly done painting for other people and because most of that was back before the age of digital cameras, I don't have examples of most of my work. I do have some of the more recent ones posted on facebook, though. You can see them here: miniatures and here: 40k miniatures. I don't actually have all of those, anymore, because I sold a few of them. The chick minis sell pretty well. I can't figure out why. heh However, the 40k miniatures are not for sale, because my oldest son is into 40k, and we have plans to use them. At some point. Really!

Here are some pics, although they aren't ones you won't also find on Facebook, but I figure it's good to have some here, too. 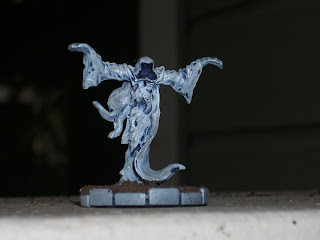 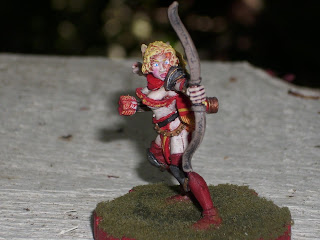 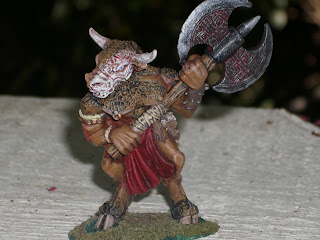 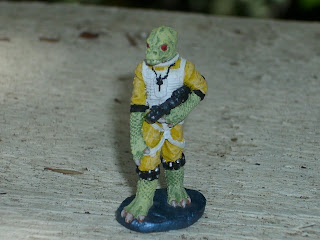 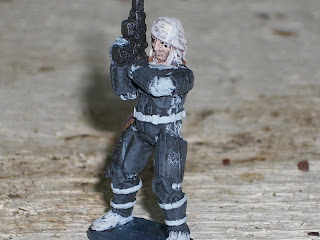 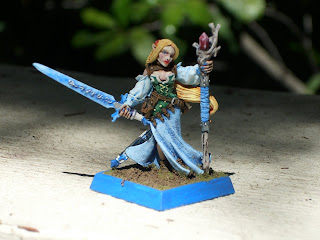 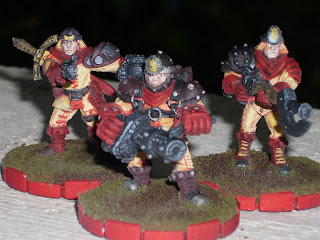 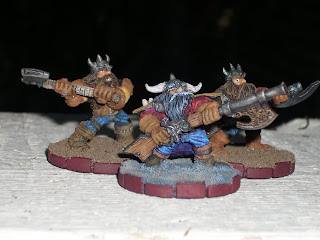 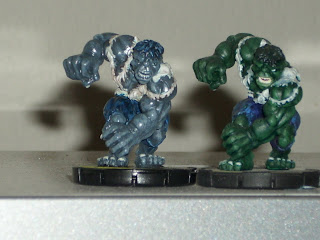