I haven't talked about the fact that I paint in a while. Mostly, it's because I haven't done any painting in a longer while. Since I got serious with the whole writing thing back in 2010, I pretty much set the brush aside. I just haven't had the time for it. Not to mention the fact that all of my painting stuff is still packed up since we moved last year, and I haven't worked out yet where to set any of it up.

But I've really been wanting to paint, lately. And do some gaming. Tabletop gaming. Oh, yeah, before you get all confused, I don't do canvas painting; I paint miniatures. I used to also do tabletop wargaming with them, but it's been even longer since I've done that. Like 20 years. Not that I haven't done tiny bits of tabletopping in there, but I haven't done anything serious in 20 years. It's one of the things I miss doing, but there's just not time or space for it, right now.

All I really want to do today is show you some pictures of some of my old figures from when I played Warhammer Fantasy Battle. My main army was Wood Elves. 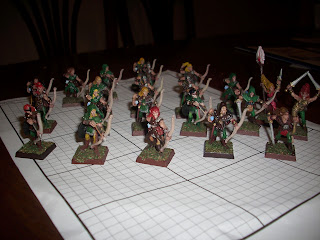 This is not an army. This is a unit of rangers. 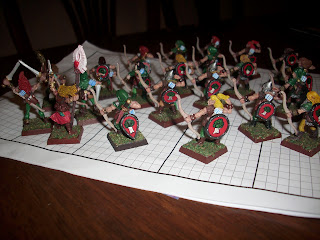 All of the shields are individually painted. No decals.
One of the reasons I loved Wood Elves is that the Wood Elf army gets Treemen. 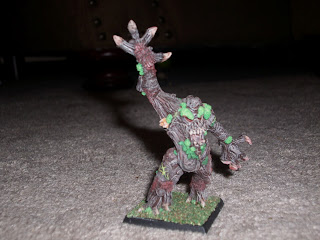 Who wouldn't want one of those on your side?
They also got beast masters, which were pretty cool, too. 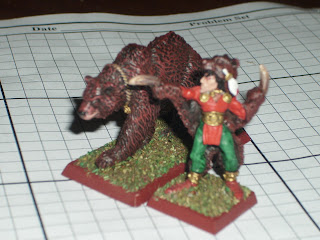 But the main thing about the Wood Elf army that I loved was the Wardancers. 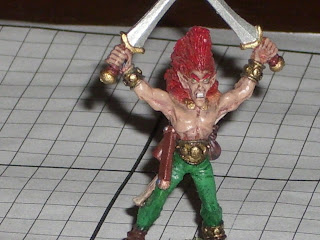 They didn't wear armor, because they had magic tattoos. Yeah, my guy doesn't have any tattoos (long story that has nothing to do with the miniatures -- maybe one day I'll explain), but he's still cool.
Here is the commander of the ranger unit: 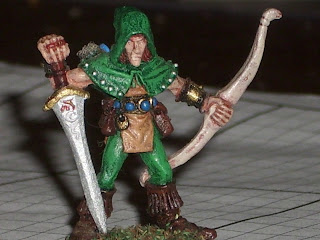 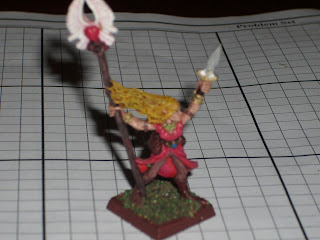 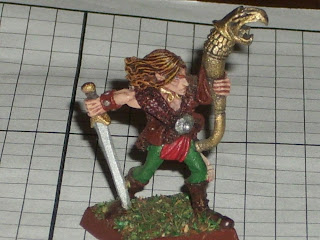 Anyway... that's just a look. I have some more stuff coming up about miniatures and painting, so I thought I'd let you guys see what I'll be talking about before I talk about it.
Posted by Andrew Leon at 10:32 PM