Doing Your Best With What You Have (an IWSG post)

I've been taking pictures of some old miniatures I pulled out of storage recently. Well, I didn't exactly mean to go digging around for miniatures, but, a couple of weeks ago when I was pulling bikes out of the garage, I noticed that the clasps on my miniature case had, um, exploded. From the heat. Not that it gets all that hot in the garage, but the case was on top of a stack of boxes that stopped just under a window, so it had been in  the sun all summer. The case is old (like 20 years old) and plastic, so I suppose the daily exposure to the sun caused the clasps to shatter. I brought it in to make sure the miniatures were okay (they were) and decided I should get some pictures up on Facebook with my other miniature pictures. [I think this link should allow anyone that wants to see what I've posted so far to see. I think.]

[But here's a teaser: 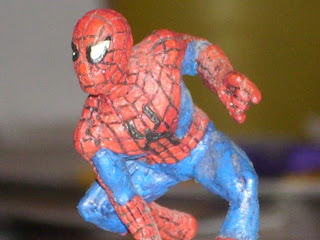 All of that to say, "I hate my camera." It's old, and it's wearing out. It often refuses to focus. I can hear the mechanism inside trying, but it just won't do it. Then, of course, there was the whole episode while at Disneyland when the camera refused to even turn on.

But it's what I have at the moment, so I do the best I can with it. Yeah, I could go buy a new one, but I don't want to just go out and buy another cheap camera that wouldn't really be any better than this one, so I'm working with the one I have until we can actually get something better.

And that's how life is a lot of the time. You do what you can with what you have rather than just do nothing. Not that some people don't choose to just do nothing, but how much sense does that really make? When you wait for everything to be "perfect," you don't ever do anything.

I mean, for most of us, owning a car is always like this. You drive the piece of crap you have, right? Do you ever really go outside to go to work and look at your car and think, "I can't go to work in this. I'll wait till I have a better car, a new car, before I go to work." If you don't go to work, that new car will never happen, so you make do with the car that ought to be wearing a diaper and needs chemo for the cancer it has because it won't quit smoking.

All of this goes for writing and everything related to writing. You do what you can with what you have at the moment and keep trying to make it better. Better by degrees. And you learn from it.

When I finished The House on the Corner, I didn't have any money to pay for anything like, oh, a cover or marketing or anything. Which is still true, but, you know, doing the best I can. Anyway, I'd finished it and, after some research, knew I wasn't interested in pursuing traditional publishing, so it was time to do the best I could, which was this: 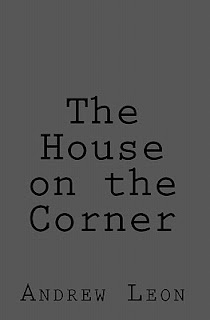 It's  not what I wanted, but it's what I had, so I went with it rather than not drive to work, as it were. The thing is, if I hadn't gone with that, I would never have gotten to this: 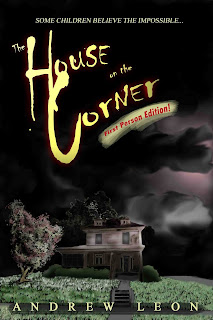 It can be hard to look at what other people have and look at what you have and decide to keep going. It would be so much easier to just give up. Let the piece of crap in the driveway continue to sit in the driveway and hide in your house because you're too ashamed to be seen driving around in that book with no cover.

And I have to mention it: editing.

Editing is a big deal. A poorly edited book can be a huge issue for a lot of people. BUT! As hard as I seem to be on the whole editing thing sometimes, I'm not as bad as I sound. As I said back in this post, my real issue is with people who have the "I'm not gonna leave the house" attitude about editing. "I could do better, but I'm going to choose not to because it's too much trouble." That bothers me. If you have a good story, it's well written, and you've utilized all of you editing avenues, you should not stick your book in a drawer because it doesn't look good. Drive that "piece of crap" (being metaphorical here -- I don't mean it's a piece of crap necessarily) to work, just like I drove my coverless book, and keep making it better by degrees. As you learn new things or have more resources, make it better. Make it the best that it can be at any given moment.

That's all anyone can do -- the best you can with what you have at any given moment. And don't be intimidated by the fact that some people have better than you. Some people just start out with more. No, it's not fair, but that's how life is. It shouldn't stop you from doing the best that you can right now.

But don't forget to come back tomorrow for the FREE! release of part 6 of Shadow Spinner: 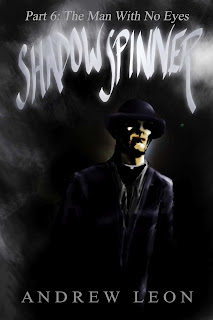