The A to Z of Fiction to Reality: Moon Landing

Flight has long been a great dream of mankind. From Greek mythology to Leonardo da Vinci to the Wright Brothers, but it may have been Jules Verne that first dreamed us onto the moon. One of Verne's earliest works was From the Earth to the Moon (1865), and what he described within those pages was amazingly accurate considering the amount of data available to him. Of course, he did do plenty of research and calculations to make his story as accurate as possible. He even made space weightless, which we, um, didn't really know at the time.

Let's make something abundantly clear, here, flight did not yet exist when Verne wrote his story. The Wright brothers were only just beginning their experiments at Kitty Hawk when H. G. Wells released The First Men in the Moon in 1901, and that was 35 years after Verne! Wells also included weightlessness in space. Just to give some continuity, Wells was a huge influence on C. S. Lewis and his later Space Trilogy which involves trips to Mars and Venus.

Verne's book came out in 1865. Konstantin Tsiolkovsky was born in 1857 and grew up reading Verne's work. And was inspired by it. He came to believe that space was the future of mankind and that lead him into rocketry research. He became the first of the three founding fathers of rocketry and astronautics and developed his first theories of space flight in reaction to the figures that Verne used in his novel. He even worked out the formula to figure out escape velocity. Although, he showed that Verne's figures were wrong, he acknowledged Verne's influence on his work. As the cause for his work.

The second founding father of modern rocketry is Robert Goddard. He grew up reading H. G. Wells and, between The First Men in the Moon and War of the Worlds and a trip up a cherry tree, became fixated on building rockets to Mars. Much of Goddard's work was instrumental in the development of spaceflight. As in, without Goddard, spaceflight may not have existed.

The third of these founding fathers was born in Germany in 1894. Hermann Oberth, also, grew up reading Jules Verne. In fact, he read Verne, especially From the Earth to the Moon to the point of memorization. He built his first model rocket at age 14.

All three of these men were discounted as crazy or pursuing fantasies. Everyone knew that space flight wasn't possible and that going to other planets, even the moon, was ludicrous. In fact, Goddard's work wasn't even recognized until after his death. He spent years being ridiculed by the press until he became a virtual recluse. Only Oberth received any recognition within his lifetime as he was actually still alive and contributing to research during the space race. The space race which began almost 100 years after Verne first published From the Earth to the Moon.

Now, I want to make something else abundantly clear: the entire reason we, as a race, have gone out into space at all is because three men were inspired to make something they read into a reality. If Jules Verne (because, honestly, Wells inspiration for his story was, in all likelihood, also, Verne) had never written his story about going to the moon, who can say if that would have ever happened? Or, at the very least, happened when it did. Maybe someone else would have come along later and written the same kind of story, maybe it would even have been Wells, but so much of the work that made everything else possible was done by Tsiolkovsky that we might still be completely planet-bound.

And just to make all of this even more clear, here are some inventions that have come out of NASA, and NASA wouldn't exist if we hadn't been trying to go to the moon:
1. translucent polycrystalline alumina -- Yeah, I know. What? That's the stuff from which they make invisible braces for teeth.
2. scratch resistant lenses for glasses
3. memory foam -- this stuff has all kinds of uses, but let's just say that it helps a lot of people sleep better at night 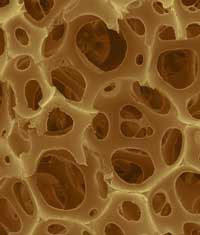 4. ear thermometers
5. shoe insoles -- especially athletic shoes... modeled after the boots Armstrong wore when he walked on the Moon (see, when he walked on the Moon (because Verne wrote about it))
6. your ability to communicate wirelessly -- Yes, that's thanks to NASA. So, um, not only would we not be in space, but you wouldn't have all those nifty cell phones and iDoohickies.

To grind the point home even more, here are some of the specific things that Verne included in his book that turned out to be accurate:
1. weightlessness
2. retro-rockets (those things that fire in opposition to the direction a space craft is going in order to slow it down)
3. a launch facility (and the place Verne chose is only a few miles from Cape Canaveral
4. splashdown (returning to Earth by landing in the ocean)

[And not that this is exactly related, but imagination is something that I've long believed is vitally important to kids and to society. This post, in particular, has just made me realize it even more. However, my belief in the importance of imagination is why it plays such a huge role in my book, The House on the Corner.]
Posted by Andrew Leon at 10:52 PM