The A to Z of Fiction to Reality: Ultraphone Ear-Disc

Here is something I didn't know: Buck Rogers first appeared as the character Anthony Rogers in the 1928 novella Armageddon 2419 A.D. by Philip Francis Nowlan. Anthony Rogers is a veteran soldier of The Great War (World War I) who ends up in a state of suspended animation for nearly 500 years. And suspended animation is probably a topic I could have covered; it has been around in fiction for a while (there's Rip Van Winkle, and I mentioned HG Wells Sleeper, and, oh, well, so many more), but we don't really have that worked out in a way where we can do it on purpose, yet, so I left it out. I say on purpose, because there have been a few times where people have ended up in accidental cases of suspended animation (like falling into a freezing lake) where we've been able to bring them back, but it's not something anyone can depend on.

The topic for the day is the ultraphone ear-disc. You may know it better as 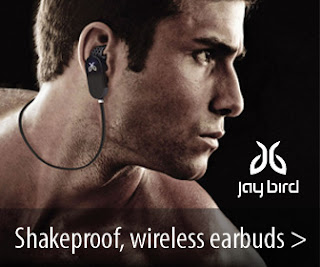 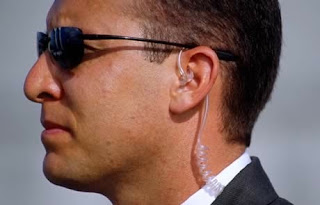 Yeah, your bluetooth started out as military technology so that soldiers could have their hands free for weapons instead of needing to use a handheld radio. And that started out in Nowlan's story about a war 500 years in the future. So we have a guy writing just after World War I who already was seeing the need for soldiers to have "hands free" phones. heh Just to make this clear, wireless devices, specifically, the radio, had only just been invented. And radios were HUGE (I mean physically huge. There was an old radio down at the farm when I was a kid, and it was bigger than me). When Nowlan was writing his story, there was no idea, yet, of using radio for personal communication.

Some of the other things that Armageddon 2419 introduced (there are more):
1. remotely piloted drones (more radio)
2. telecommuting
3. e-purchasing
4. paratroopers

Armageddon was adapted into the Buck Rogers comic strip just a year later, and it mostly delves into space exploration after that, but that initial novella was quite visionary.

One of the shows I loved growing up, and, when I say loved, I mean loved, as in it was not negotiable as to whether or not I was going to get to watch it or not, and my family knew it, was Doctor Who. Other than the TARDIS, the Doctor had two things that were really cool: K-9 and his sonic screwdriver. The sonic screwdriver is kind of what it sounds like. Okay, well, it's not a screwdriver at all, at least, not in appearance, but it does use sound as a sort of a screwdriver, and, other than a lightsaber, it's one of the things I grew up wanting to have. 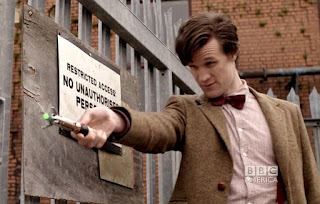 the latest Doctor with his screwdriver

There has been ongoing research into sound over the years, specifically ultrasound. That is, after all, how we got the ultrasound machine. There are even ultrasound techniques for non-invasive surgery. Yes, they don't have to cut you open, just use a beam of sound to take care of what ails you. The new development, though, is that some physicists at the University of Dundee got together and developed a way to lift and manipulate objects with sound alone. It's a pretty amazing achievement that could lead all sorts of places. One problem: I don't think it's something anyone's going to be carrying around in their pocket anytime soon. 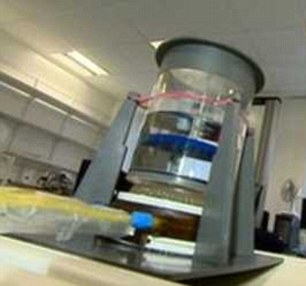