The A to Z of Fiction to Reality: the Holographic Interface

Holography may be one of the few scientific developments that we see no real glimpse of in fiction before it happened. I think it's easy to understand why that is. Maybe not. At any rate, holography was introduced to the world in the early 70s when Dennis Gabor won the Nobel Prize in Physics for his development of the holographic method. The techniques involved in this go all the way back to the 1940s, but it wasn't until the invention of the laser, in the 60s, that what we know of as holograms were developed.

Writers may not have seen the hologram coming, but they certainly saw where it could go well before science did. I don't know about you, but I remember the little hologram trinket craze of the late 70s and early 80s. At the time, that seemed to be all we were going to get from holographic technology. Things like 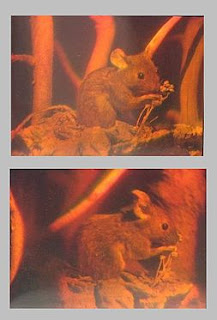 which are pretty cool but don't really do anything. 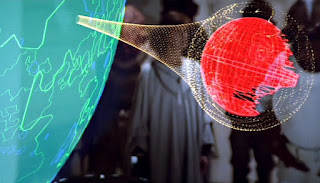 and the ideas of what holography could do began to change. Okay, it probably wasn't just Return of the Jedi that did that, but it certainly sparked the imagination of a lot of kids that would grow up and advance the field.

Of course, we also had Quantum Leap in the late 80s with its holographic sidekick played by Dean Stockwell. And there was the lesser known (because of not being very successful) show Automan in 1983 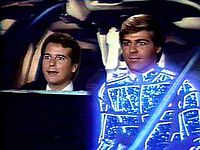 with the first holographic super hero. Not to mention Red Dwarf with its hard light hologram character.

But all of that is beside the point, because I want to get to something real. This: 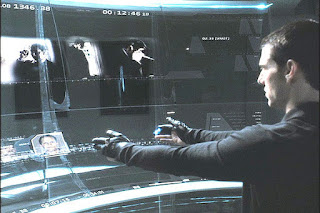 That's an image from Minority Report. At the time, that thing that Tom Cruise is doing with that holographic screen was purely fictional. Here's another image: 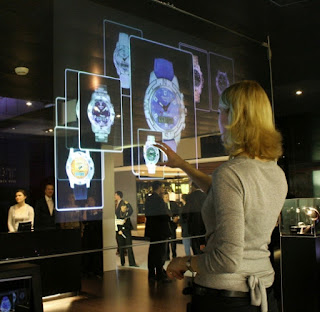 And it was purely fictional in the sense that no one had thought of it before. At least, not like this. Spielberg did something interesting, though. He wanted a movie that looked and felt real, so, instead of just making a bunch of stuff up, in 1999, he invited... well, he invited some experts to help him devise a plausible future reality. The holographic interface he used in the movie was one of the ideas they came up with, and it has since become a reality. Well, maybe not quite to the extent that it's used in the movie, but it's on its way.
In fact, when Microsoft was developing this technology for the Xbox 360, they hired engineers to "create Minority Report inspired user interfaces." I don't know how you can get a more direct link from fiction to reality than that. It's really one of those "Hey, that's cool! Let's make one of those for real!" ﻿kind of things.
Posted by Andrew Leon at 10:22 PM