The A to Z of Fiction to Reality: Driverless Cars

Cars able to drive themselves have been so pervasive in fiction that I'm not even going to try to figure out where the idea originated. It's like as soon as there was the idea of a car, there was also the idea of it driving itself. So, instead of exploring the origin of the idea, we're going to talk about some of my favorite examples.

First up is the movie Minority Report. Everything about transportation in this movie is interesting. The way the roads are built, everything. The cars, of course, are autonomous. You get in, set your destination, and do whatever you want to do while you get there. That's the kind of travel I want. Just think about all that extra time to read! 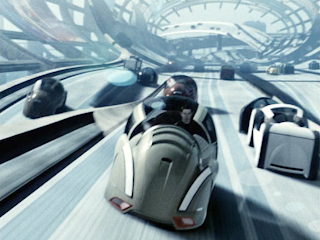 Probably the most famous car that could drive itself was KITT from the 1982 TV show Knight Rider. Of course, during the show, most of the driving was done by Michael Knight (played by David Hasselhoff), but KITT could drive itself if it needed to. And talk. And, even, because it had a laser, pop popcorn (no, this was never shown in the TV show, but I'm sure it was possible). I'm pretty sure there wasn't kid growing up in the 80s that didn't want a car like KITT. I mean, on top of everything else, it was a Trans Am, and it just looked cool. 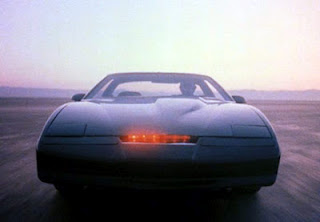 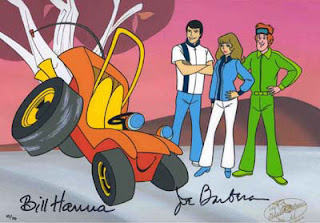 Well, looking at my list and thinking back over some other cars that could drive themselves, it seems that a lot of these also had their own form of AI, which we already covered. Of course, the ability to have a car that can drive itself would imply, I suppose, some sort of AI to guide it. Probably, we'd rather driverless cars a la Minority Report than any of the other.

But are these real? Right now? Just last year, Nevada was the first state to pass a law making driverless cars road legal. Google, yes that Google, has been road testing them for years and has hundreds of thousands of miles of driving time. With no accidents. Okay, well, one accident, but the car was actually being driven by a human at the time and was also rear-ended, so no fault of the car.

Are you ready for your Google car? I want to say I am, but I had this thought the other day... see, when I think of a car that can drive itself, I think of being able to read or sleep while the car does the work. However, I'm sure that that's not what most people would be doing. No, most people will be watching movies or being online or whatever. And, then, I realized! See, it's always seemed sort of weird that Google would be working on car that drives itself, but it all makes sense now! What did I say most people will be doing while the car drives around? Watching stuff. All powered by Google. Think of all the extra advertising time Google will get out of this. Not to mention all the new advertising powered GPS and stuff...
Makes you think, doesn't it?
Posted by Andrew Leon at 11:06 PM