The A to Z of Fiction to Reality: Snow Crash, Second Life, and Submarines

After all the talk about Jules Verne, how could I not mention submarines?
The thing is, though, despite frequently having the idea of the submarine attributed to him, Verne actually didn't dream these up. In fact, the Nautilus, Nemo's submarine in Twenty Thousand Leagues Under the Sea, is named after one of the first submarines from almost a century before Verne wrote about it. 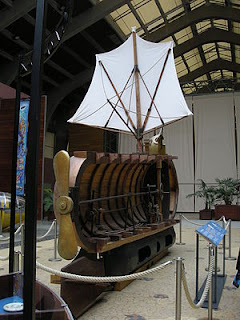 And that nautilus was named after this one: 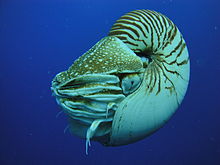 Even though Verne wasn't the originator of the submarine (actually, it was another of those things that da Vinci had sketches for), he was the first to write about them in the way that he did, a tool for exploration and a tool for combat. It's fairly safe to say that he helped form the concept of what the submarine would be used for in the 20th century.

Let me start out by saying that Neal Stephenson did not come up with the idea for virtual reality, nor did he come up with the idea of the multi-verse. Neither did Marvel Comics, but they've probably done more to promote the idea of the multi-verse than anyone else. However, Stephenson, through his novel Snow Crash, did introduce the concept of the Metaverse. And this is a novel I now feel like I need to read. It was like one of Jung's unconscious ideas coalesced in Stephenson's brain and came out as this concept of the Metaverse.

Anyway...
My point is this, after the book came out in 1992, a text-based game was launched in '93 called The Metaverse. In '95, Active Worlds was launched, and it was based entirely on Snow Crash. There were some others, but the big one was Second Life in 2003. You have heard of Second Life, right? It's hard to be online and not to have heard of it, even if you haven't "played" it. Just for the record, I have not. But there have been laws passed in some countries to control the exchange of money, real money, on this "site."

Second Life was created by Philip Rosedale who, at one point, gave the credit for the idea to Stephenson's novel (I wish I could find that article again, but, basically, he said "I got the idea after reading Snow Crash); now, of course, he only says he was "aware" of the novel but the idea for Second Life was completely his own. I will point out, though, that they did introduce a Snow Crash sub-world into Second Life.

Snow Crash continues to influence the development of the world wide web. It was Snow Crash that popularized the term "avatar." Google Earth was modeled after Snow Crash, and Google Earth is just cool. I used it for research while I was writing The House on  the Corner. From that standpoint, it's also influencing Google's driverless car. And I'm not even going to list all the software that's been developed or is being developed in order to bring about this virtual idea of the Metaverse.

By the way, Time named it in their top 100 English-language novels written since 1923. Not top 100 sci-fi novels, just top 100 novels. Did I mention the need to read this? Will we look back as a society a few decades from now and point at Snow Crash as a turning point? Will we just see it as part of the natural evolution of things? Will it have faded out of importance entirely? It's hard to say, but here, now, 20 years after its release, we are still feeling its impact.

And, now, something completely unrelated:
As I have mentioned many times, Briane Pagel has this big Star Wars blogfest going on. We're just past the halfway mark, now, and I'm no longer in the lead. I got whammied. If you like me, though, you can go over and comment and let him know that I sent you, and we'll both get some points for it. But that's just an aside. Here's the real bit:
There's this indie movie called Yellow Hill that's trying to get funded. It's starring Bai Ling, and she's also producing it. They're asking for donations of just $5 to help them reach their funding goal of $6,000. For a movie $6,000 is pretty near to nothing, but it's still $6,000.
Anyway, Briane is trying to help these people out, and I support him in that. And, well, he's giving 1000 points to anyone who posts about the Yellow Hill thing, and, well, I need the points. But, still, I do support him in his support of this movie project! So click on the link and check it out.