The Happiest Place on Earth: Part 2

As I'm sure everyone knows, Disney bought Pixar a number of years ago. A few years later, they bought Marvel Comics. They own The Muppets. They own ABC. They own ESPN. I could go on, but, really, why bother? They own a lot of stuff. I sort of think, maybe, Disney plans to own the world. Just a couple of weeks ago, I would have said that was a bad thing; however, I'm not so sure now. I mean, if they were to do with the world what they've done with Disneyland, I think it might actually be a better place.

Of course, no one would ever have any money, because, my gosh, are they good at selling things!

But everyone would be happy, so, maybe, the lack of money wouldn't matter?

The trip down to Disneyland was an even longer drive than the trip up to Trinity Lake, which is kind of weird. Well, at least, it's weird to me. Going up to Trinity Lake is like going to a completely foreign place in a lot of ways, so it feels like it should be farther away. We had all kinds of plans to be at Disneyland by early afternoon, but a late start and bad traffic around L.A. defeated us, so we got a much later start at the park than we had meant to. I learned a lot, though, about planning for the next trip if we ever go back.

I had nothing to do with the planning for this trip. As I said, I was sort of just instructed that I was going and didn't really have any say in the matter. But, then, you don't really argue, I suppose, when someone offers to take you to Disneyland. You don't turn down free, right?

To start things off, we stayed at Disney's Grand Californian hotel. That place was amazing. I wish I had pictures for you, but there was just no view of it from the outside that I could get that would have captured the hotel. However, I have some shots from our balcony into the park, because, yes, the Grand opens directly into California Adventure. 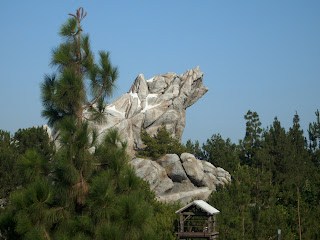 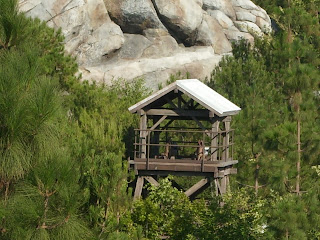 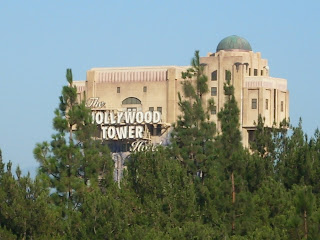 And this was in the hotel: 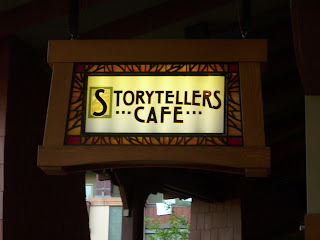 I really wanted to eat there or, at least, get coffee there, but we never did. We were pretty much at one park or the other for all of our meals. But, wow, I really wanted to go there! It was probably better, though, that we didn't; that place was expensive! Next time, though, coffee for sure!

Our first destination for Thursday night after we arrived was Tomorrowland and Star Tours! Just to say it, Star Tours is awesome! Even the line is awesome. There's all kinds of stuff to keep you entertained while you stand in line, which is true of a lot of the lines, but Star Tours most of all. We had fastpasses, though, so, mostly, we skipped right through the line, which was rather a disappointment. My younger son and I wanted to go back at some point and wait in the regular line so that we got watch the video presentation and listen to the droids banter, but we never got to. Unfortunately, I have no pictures from Star Tours, because we didn't get to stand still long enough for me take any (and, by the time we went back to ride it again, my camera had decided not to be compliant with the whole picture taking process).

By the time we got back to the hotel that first night, I was sold on Disneyland. Here are a few more pictures: 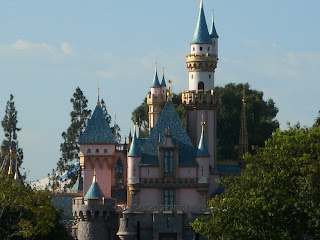 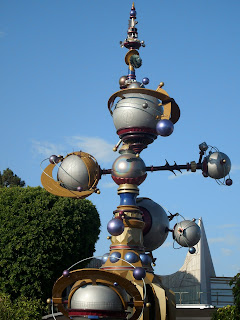 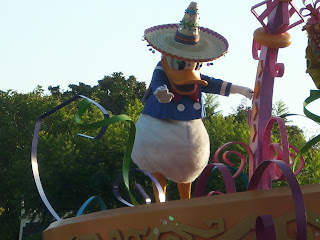 The parades were awesome! 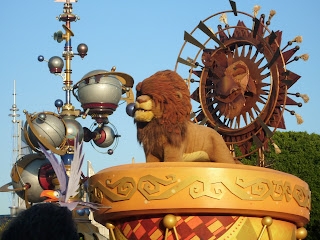 They had floats!
This whole thing with the parades is significant, because my wife kept mentioning to me prior to the trip the fact that they had parades, but, you know, I thought she just meant marching bands and stuff. The kind of stuff they had at Six Flags (the real Six Flags) when I was younger. At some point, she mentioned something about the floats being lit up at night, and I had to do a double take. So, yeah, they have these huge parades through Disneyland with floats and everything, and  they are amazing! I wish I had more and better pictures of them. 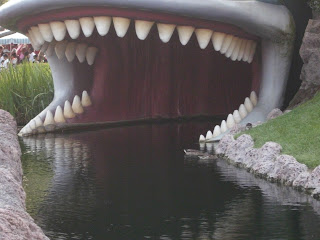 Yes, I got swallowed by Monstro.

One other thing we did our first night was to go on the "It's a Small World" ride. No one could believe I wanted to do that. I can understand why they couldn't believe it, because, really, no one else wanted to do it, but, as I've said, everyone else had been before. However, Small World is just SO Disney, and I can't imagine having not done it. I'd have gone on it again, too! There's just so much to see in there; you can't do it all at once. Here are a few pictures: 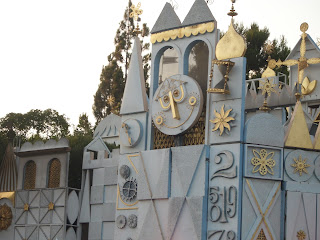 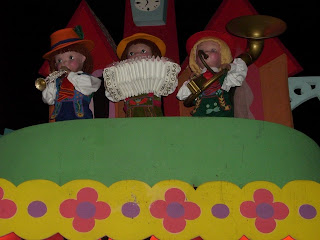 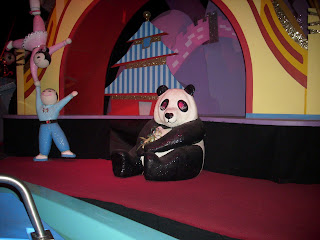 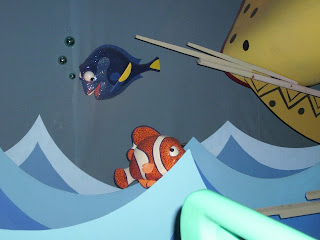 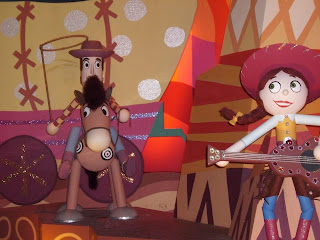 And that was most of the first evening. Small World, Star Tours, a parade, the Star Trader (the Star Wars store), and lots and lots of looking at stuff. So much stuff!

Stay tuned for part 3... whenever that happens to happen.
Posted by Andrew Leon at 10:43 PM