Does it come as a surprise that the Teenage Mutant Ninja Turtles started out as a joke? I bet it doesn't to some of you. I think the joke was aimed mostly at Frank Miller, since much of the concept was based off of Daredevil, which Miller was doing at the time, and Ronin, which was Frank Miller's. There are other influences, but, really, those seem to be the biggest. The whole Foot Clan thing was a play on Miller's The Hand, which he created for Daredevil.

I thought it was a joke but not a particularly funny one. I had just started collecting comics seriously around the time TMNT first came out, not that anyone really heard about it at the time, since the first issue had a print run of only around 3200 copies. As Peter Laird said, "It was a goof." It was, they thought, a one-off. A gag. The evidence of that can be seen in that they, Kevin Eastman and Peter Laird, published it as an oversize issue, larger (much) than the standard comic book. 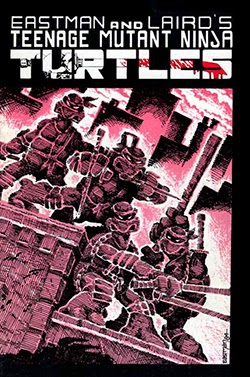 But the first issue sold out, which lead to a second issue... and a third... Within a year, the Turtles, the gag, had become something so much bigger than Eastman and Laird could ever had imagined. It had taken over their lives. Three years after the debut in 1984, the Turtles were on TV, and Eastman and Laird were busy trying to run a multi-million dollar company, something neither of them had ever dreamed of. Or were exactly happy with. Laird quit drawing, the one thing that had always been a source of happiness for him. Eventually, Eastman sold his rights in the company because he wanted to do things not related to the Turtles.

That's an interesting irony, that Eastman sold his share, because he's the one that has ended up keeping his fingers in the Turtles pie, so to speak, although it's Laird that owns the company and all of that.

By the end of the 80s, the Turtles had become a thing. A rather big thing, in fact, spawning all sorts of copycat titles about things like Radioactive Hamsters and who knows what else. I was busy trying to avoid them. All of them. Rather unsuccessfully since I did a lot of working with kids during the summers. The Turtles were everywhere!

But I didn't have my first real encounter with them until my freshman year of college. I was doing a lot of painting miniatures for money at the time 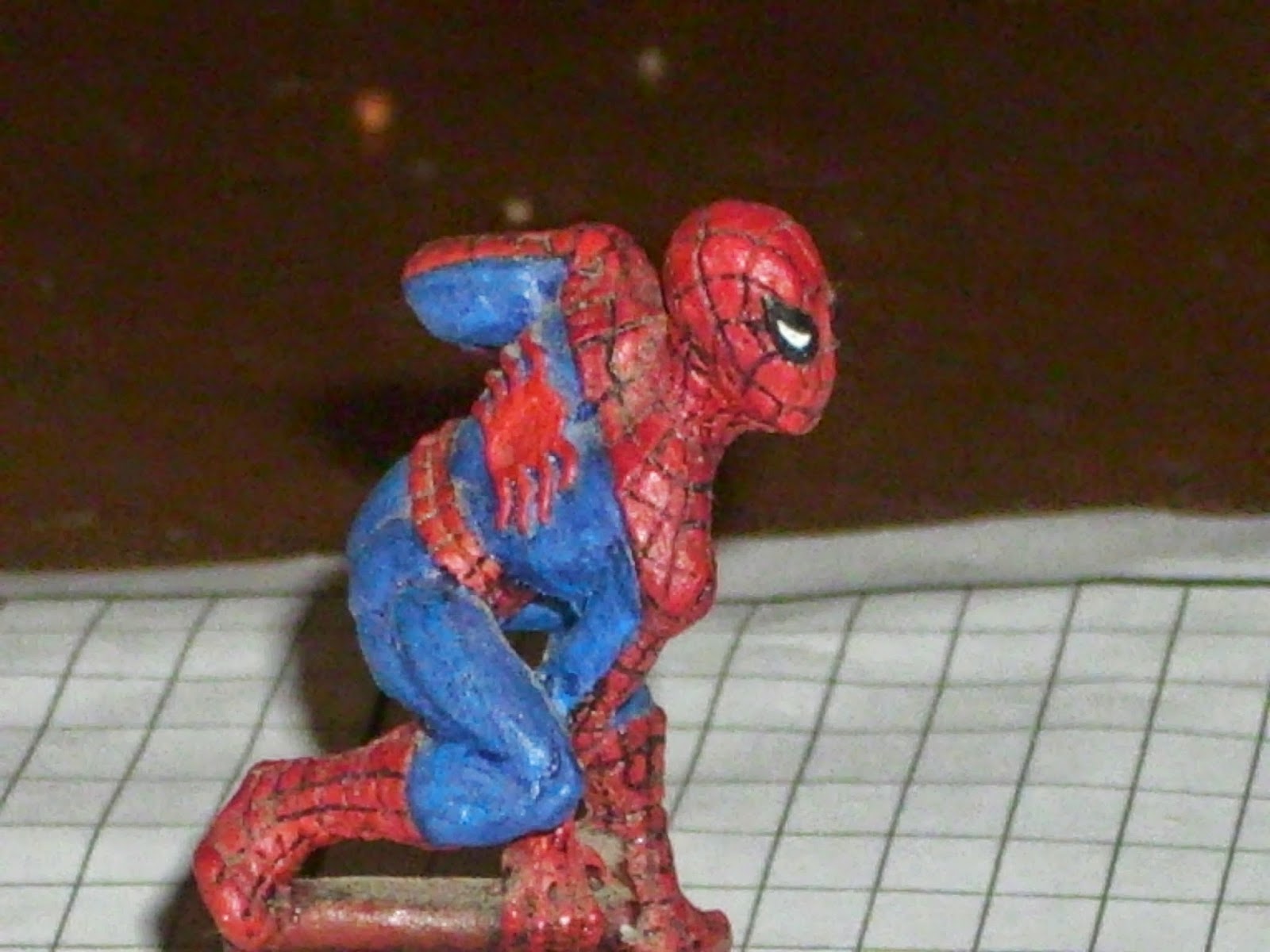 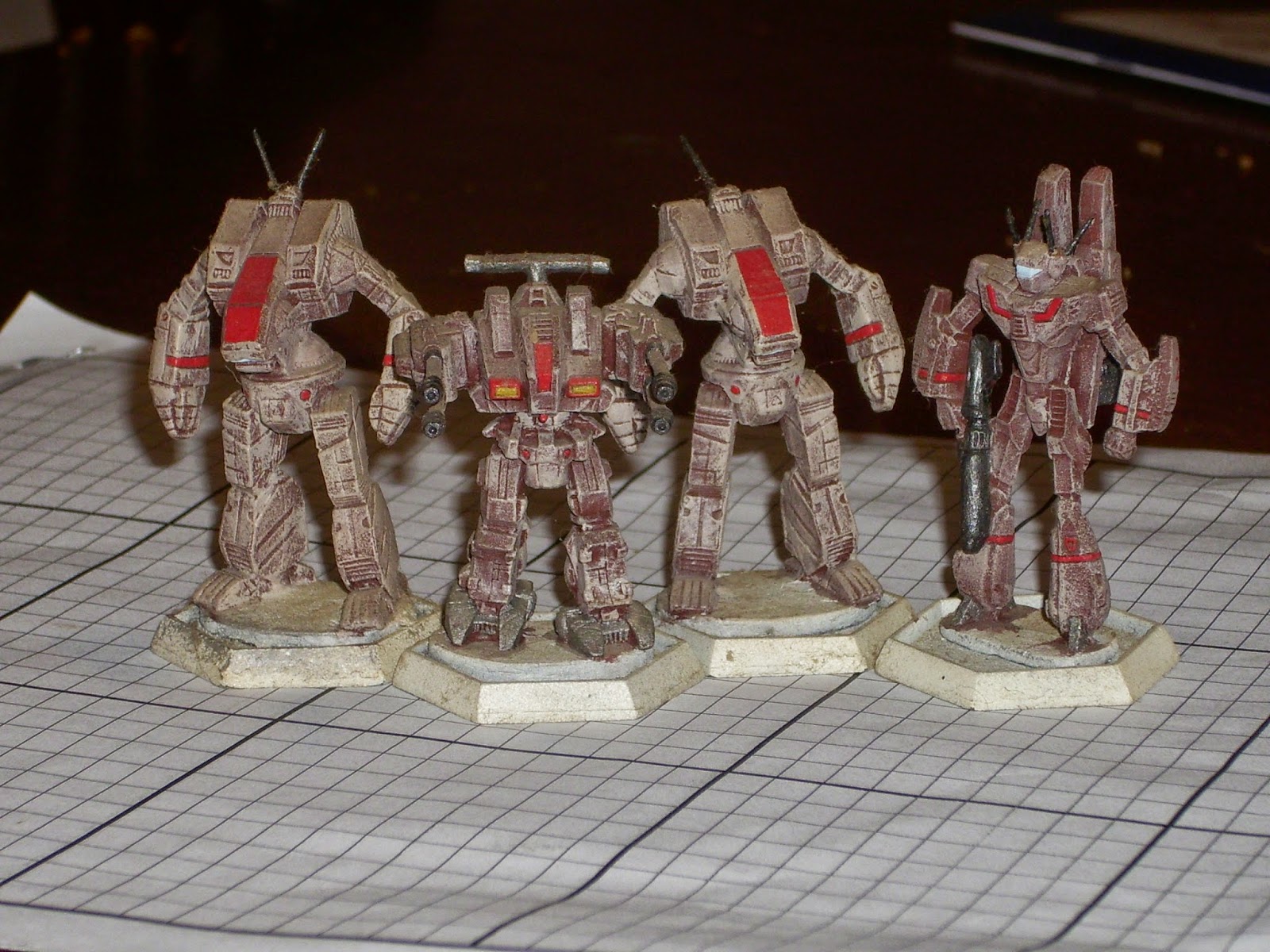 and someone approached me with a request to paint a set of Turtles miniatures. [I wish I had pictures of those, but, alas, I do not.] They were pretty cool, actually, and it was $$$, so I took the job. Which required research. No, seriously! I had to know how to paint the various characters, not all of which were the Turtles. The miniatures were based off the original comics and had figures I was unfamiliar with. Even April was unfamiliar since, originally, she was a lab assistant (to an Evil Genius), not a reporter.

Which is kind of the point. Eastman and Laird didn't have any plans for the Turtles when they created that first issue of the comic series. When it took off, they made stuff up as the went, just trying to keep up with demand (and failing). What happened was that the Turtles underwent many, let's say, "creative re-boots." When they licensed them out in the mid-80s for the cartoon series, the origin was re-done and April became a reporter. When the work became (quickly) too much for Eastman and Laird to keep up with, they allowed other creators to put their own spin on the Turtles which resulted in many alternate stories and ideas (like one with the Turtles set in medieval Japan). They even had to bring in another creative team at one point to do a completely separate series just to fill in the gaps in the continuity of their own series.

The end result of all of this is that any time the Turtles have changed formats, they have been re-imagined. There is no definitive origin for them, not any more. Maybe not ever. Probably, though, the one most people are familiar with is what came out of the hugely popular cartoon, the one I thought was too dumb to sit through. [I'm just glad my kids have never wanted to watch it!]  In fact, most of the negative reaction to the current Bay movie is that the movie owes more to the comic books than it does to the 80s TV show. Perhaps that's why it didn't bother me. The movie, despite having 6' tall, talking turtles, is not cartoonish, and I liked that.

The important thing, though, is something that began as a joke 30 years ago is still here. And not just still here like it's over moldering in some corner somewhere; it's still a pop culture force. I have to say, that first issue, which I did finally read, was pretty brilliant. All of the early issues were. It was a great parody of comics, the same container of radioactive goo that created Daredevil also giving rise to Splinter and the Turtles. It wasn't quite as silly as I thought it was, after all. Okay, the cartoon was silly, but that comic series was... well, it was something new.

Obviously, people liked it, because the Turtles are still here.
Posted by Andrew Leon at 12:00 AM