As some of you will know (maybe most of you?), back in April, I did Abandoned Places as my A-to-Z theme. Alex wanted to know more about what went into that whole thing: where the idea came from, how I found the places, what kind of research was involved; so he asked me a bunch of questions about it. Because I'm (mostly) a nice guy (depending upon what day of the week it is (or whether you're asking my kids)), I answered them. You can see the whole thing over at the Blogging from A to Z Challenge blog, so you should probably hop over there and read that.

A while back I announced that I have a new thing coming out... um... I want to say soon, but my kids and back-to-school have completely derailed my process these past few weeks and, although I have finished writing it, it is mostly still only written in pen. None of which is the important part. As I said back when I announced this, I'm looking for a backup short story to go along with it. While I've had a few people express interest, I've had no one give me a firm commitment, as in "Hey! I have something written, and I would love for it to appear with your story!" So... If you have something written and you'd like for it to appear at the back of my vague and undescribed story, let me know. [If you're interested, I will tell you what the project is, but, otherwise, it's a secret until it's ready to go.

Speaking of new things, the new issue, the August issue, of Indie Writers Monthly is out! 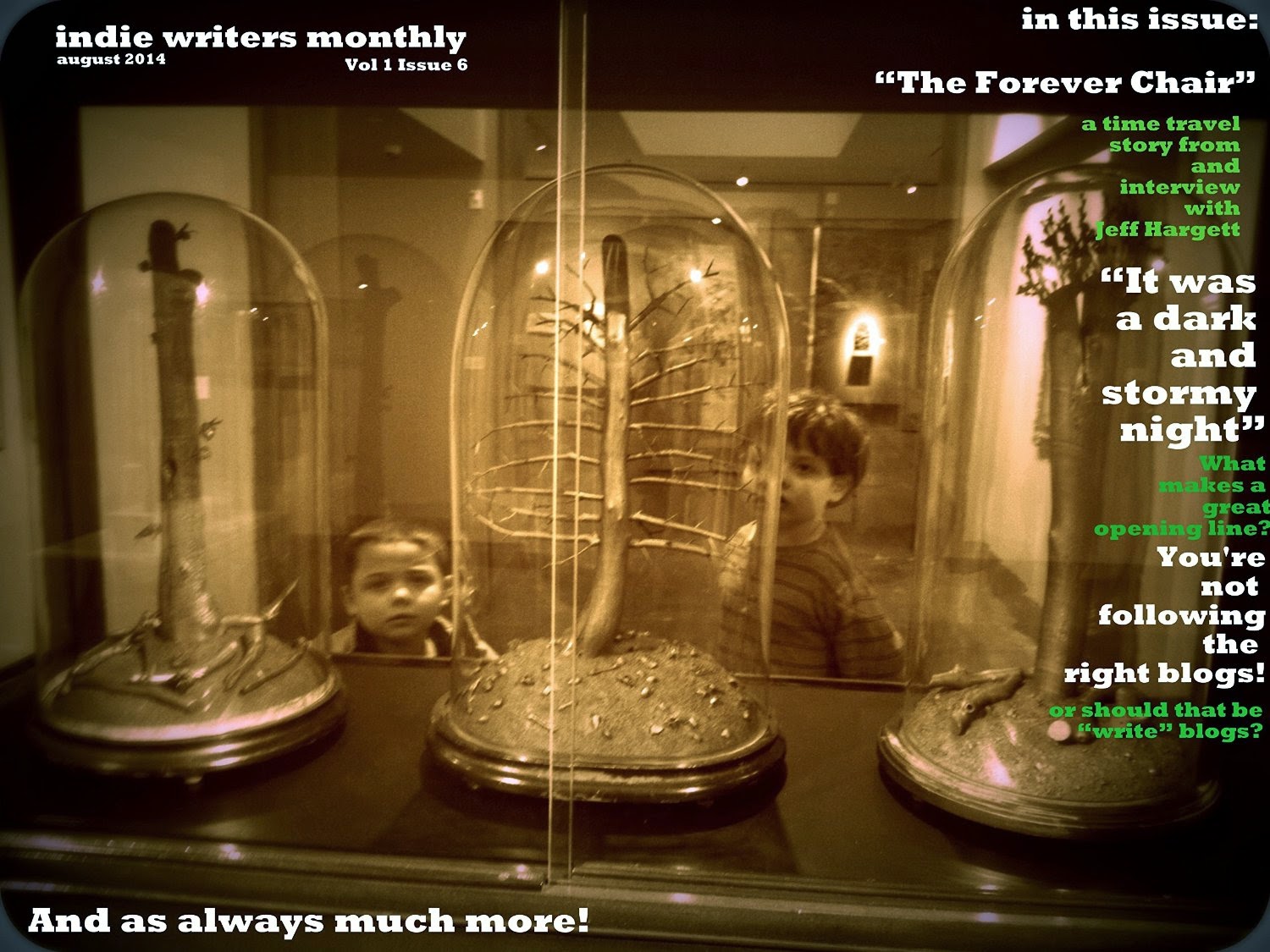 There's tons of good stuff in each issue. Unless you're actually trying to weigh it, in which case, you'll find it's a bit hard to grasp being virtual and all that. My article in this issue is all about editing and softball. You should definitely check it out!

Just a reminder: My two sons have started up their own blog. It's called Aim for the Cat! Yes, there is a reference involved; no, I'm not going to tell you what it is. I'm assuming one of them will get around to explaining it at some point, but, hey, they are teenagers, so who can tell? Also, who can tell what they're going to talk about? So far the posts have been movie reviews, reflections on the state of the universe (or something like that), and Spore. If you don't know what Spore is, I suppose you'll just have to go over and find out. Oh, and while you're there, leave them an encouraging word or three.

And the last thing...
Well, I don't even know where to begin with the last thing. Most of you, being the people of the Internet that you are, will have heard or seen that Robin Williams is dead. I'm not one to get gushy over celebrities, but a few of them have been part of things (usually movies) that have been significant in my life. If you click my "Of Significance..." tab at the top of the page, you'll see that Dead Poets Society 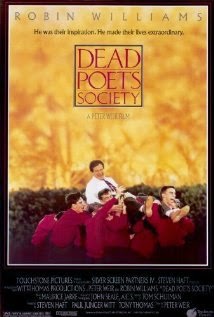 is (and has been) listed as one of my pieces of significance. That movie had a profound impact on me, and I have a sense of loss with passing of Williams. It's also very saddening that he had no one around him that could reach out and help.
I'm going to leave it at that.
Posted by Andrew Leon at 12:00 AM