Kids' Clothes Were Never This Cool

Have you seen the clothes they make for kids these days? They're amazing. Kids' clothes were never this cool when I was a kid. It was all like tiny grownup clothes. I mean, they didn't even have Star Wars t-shirts! Well, okay, they did, but it was only every once in a while. And they were made with those big iron decals, basically, so, once you wore it about three times, the image was all cracked and peeling off. Well, not when you wore it; once it was washed a few times, it looked like it really came from a long time ago from a galaxy far, far away. Of course, the answer to that was to never wash it. Right?

One of my friends... Hold on; let me really emphasize that: ONE of my friends had a Star Wars shirt with R2 and C-3PO on it. He was the envy of every boy in our class. I was in my 20s before I had my own Star Wars t-shirt. Unless you count Underoos. Yeah, that was about as cool as it got when I was a kid. You could get underwear with stuff on it but not actual clothes. I had the Boba Fett Underoos 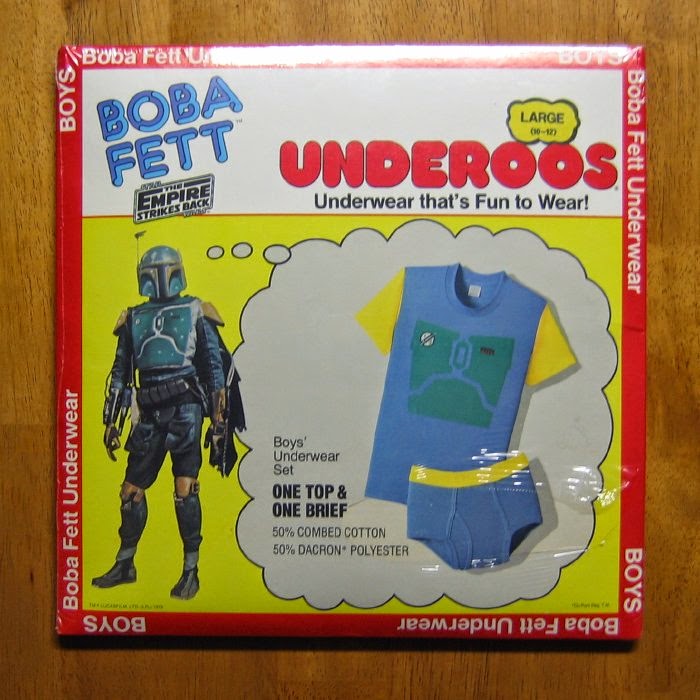 which were cool if you wanted to run around the house pretending to be Boba Fett (a Boba Fett with no pants), but you couldn't really wear the shirt out in public without every other person asking you what was on your shirt. Saying "a chest plate" really didn't help. Yes, I know.
I also had the Yoda Underoos 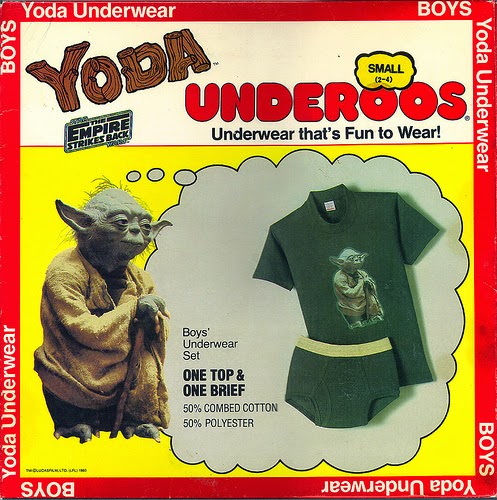 which were better, because you could wear that shirt out in public. Even if someone didn't know who he was, you could just say, "He's Yoda. He's from Star Wars."

When I was a kid, you couldn't even get band t-shirts (not that I wanted any) unless you actually went to the concert and bought them! It wasn't really until the late 80s and U2 that you could actually go to a store and buy a band t-shirt. Other than Spencer's, I mean. You could get that stuff in there, but I wasn't allowed in that place. Regular department stores and clothing stores had regular clothes, and that was it. Cool was not allowed.

All of that has changed now. Pop culture is everywhere. Any brand of cool you can think of, you can find. And you can find it virtually anywhere.

So, yeah, I've been back-to-school shopping with my kids, and it's always envy-making. Well, clothes shopping in general with my kids is envy-making. Even with my daughter. Not that I want all the pink, sparkly stuff she has, but they have cool Star Wars clothes for her, too! She's got the one shirt with... wait, I'll show you! 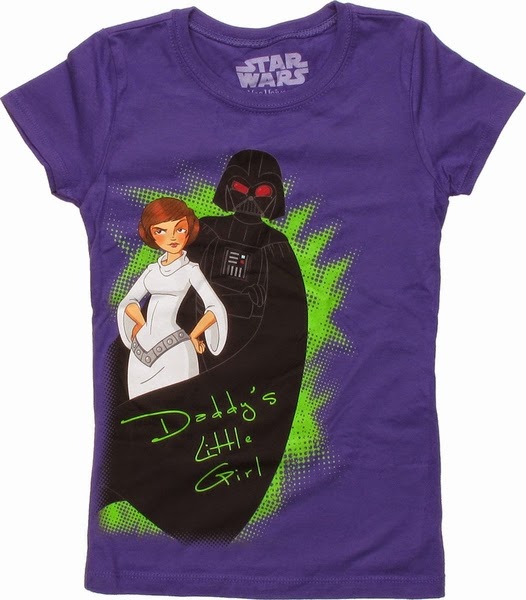 I love that shirt! And she even picked it out. I'm not sure what that says about how she thinks about me, but I don't think I really care. And clothes shopping with my daughter always makes my wife depressed. She's always, "I want one of those," or, "I want those colors," but they don't make that kind of stuff for adults.

I just have to say: These days, kids have it good.

And it's not just with clothes; it's with books, too. When I was in middle school, there were no books being written for kids my age. Or, well, there were, but they were all romances aimed at girls. The "YA" section (or whatever they called it then) didn't even get a full-sized bookcase. The entire section was located on one side of a bookcase that was only waist high. And it was all romance like Sweet Valley High, which had just come out. Things like The Chronicles of Narnia were stocked in the sci-fi/fantasy section because Harry Potter was still more than a decade away and the idea that you could actually write mature(ish) books aimed at teens and young teens was still a foreign concept.

I'm not even going to talk about Lego. Because, oh my gosh, THAT is just so unfair.

Anyway...
Kids have it good. And they don't appreciate it.
But, then, what kids ever do?
Posted by Andrew Leon at 12:00 AM