The Invasion of the Accordions (a local color post) 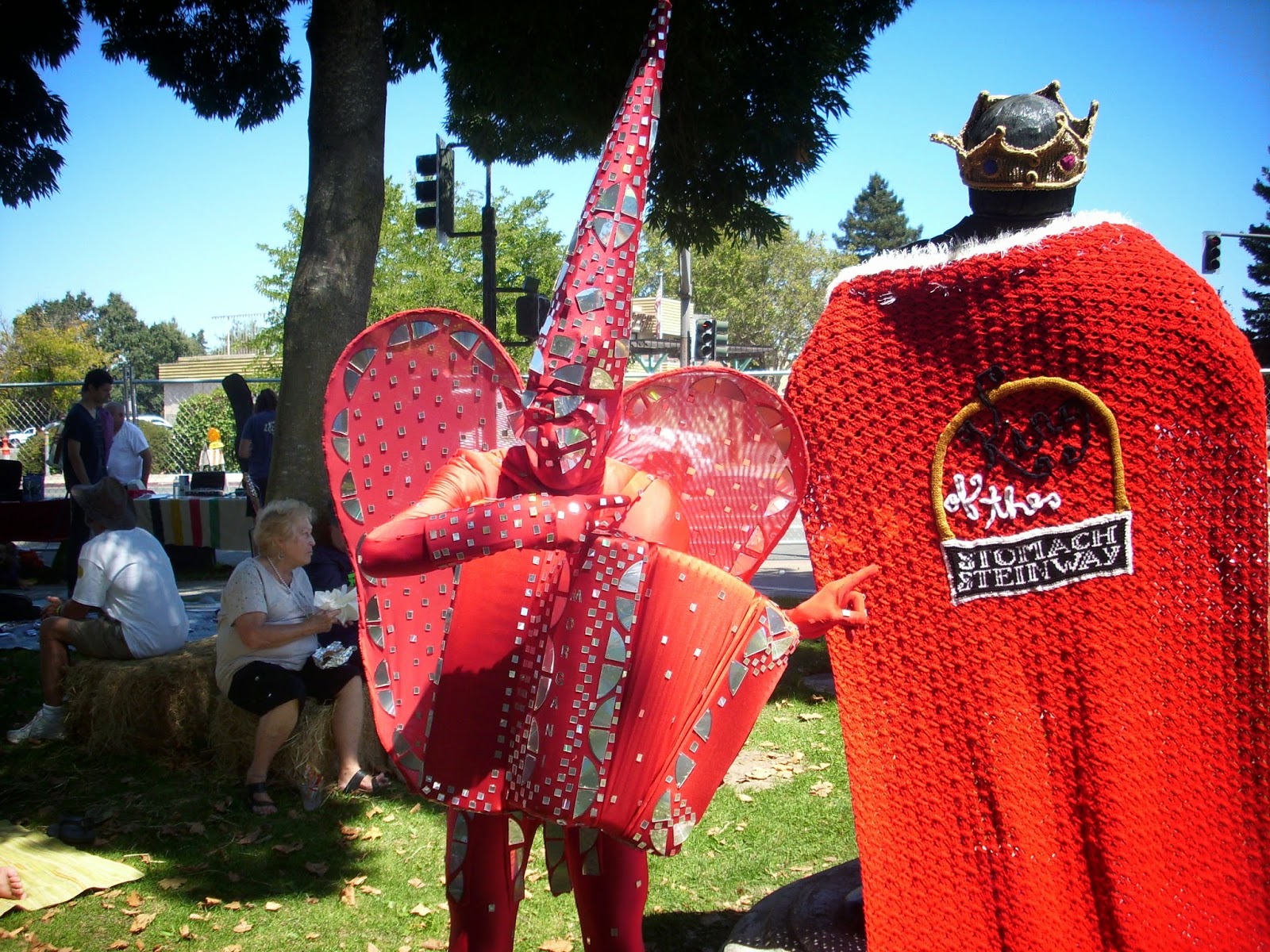 It's that accordion time of year again, the time of the Cotati Accordion Festival, the 24th one. That's The Great Morgani in the picture above. This year, I managed to get pictures of 3 out of 4 of his costumes. More of those in a moment.

For those of you not in the know (and for those who have just forgotten), my daughter plays the accordion, for a number of years, now, so we've been going to this event for a while. In fact, you can see my previous posts about it, and the associated pictures, at the listed dates:
2011
2012
2013
They're worth checking out just for the pictures of Morgani (except the 2011 post; I didn't have my camera with me, I guess).

As one might guess, the accordion festival is largely populated by, shall we say, an older crowd. I get that. It's not like I grew up with any ideas about the accordion being in any way cool. But it is cool. My daughter has taught me that. It's a wonderful and complex instrument, and I love to listen to her play it. But I digress... What I was going to say is that this year there was a much larger younger crowd. I don't know if it's because the accordion festival is becoming "something to do" or if, maybe, hipsters have decided accordions are cool. Or something. It was nice to not be among the youngest people there, though.

Here are some more pictures of Morgani: 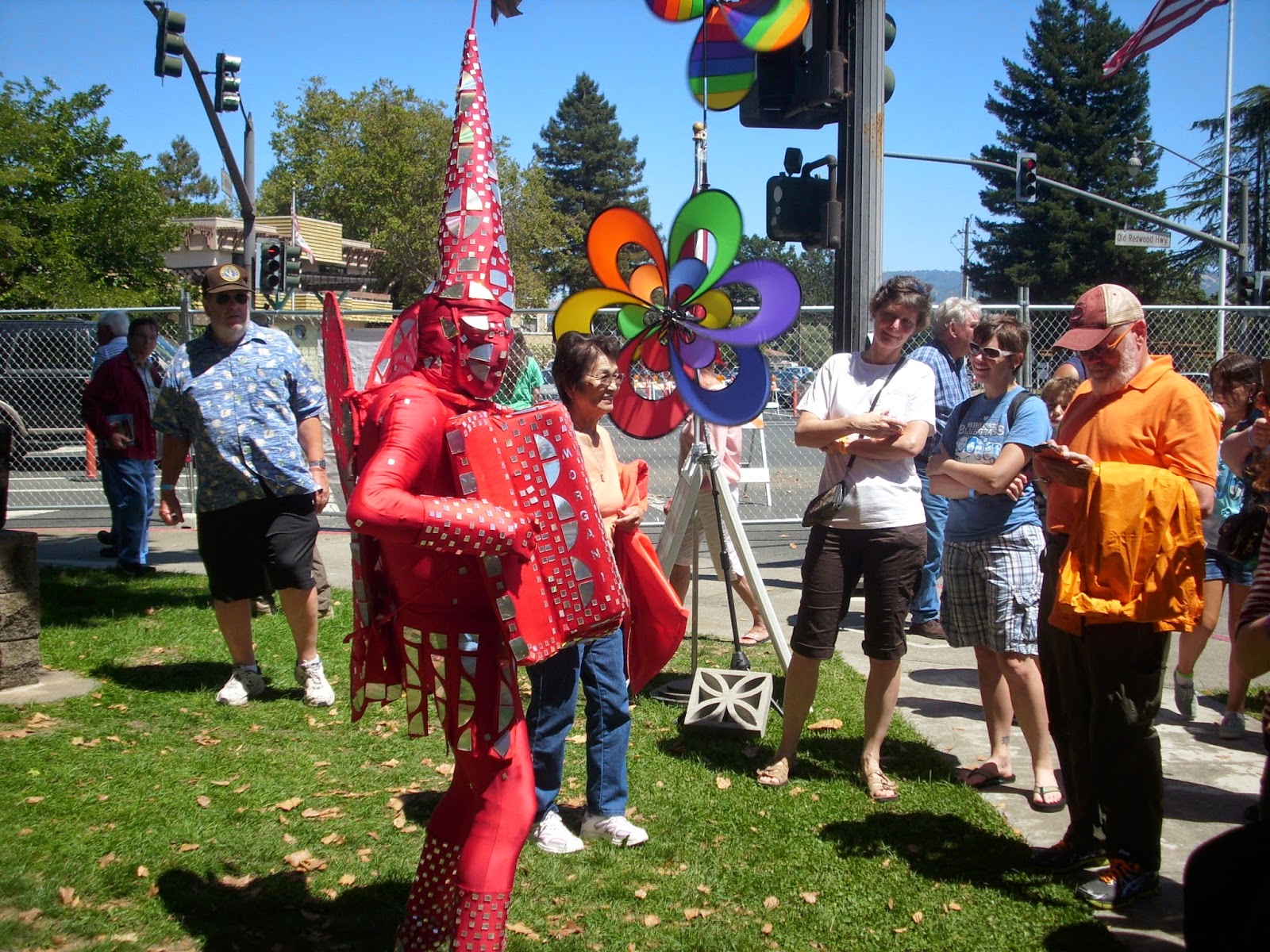 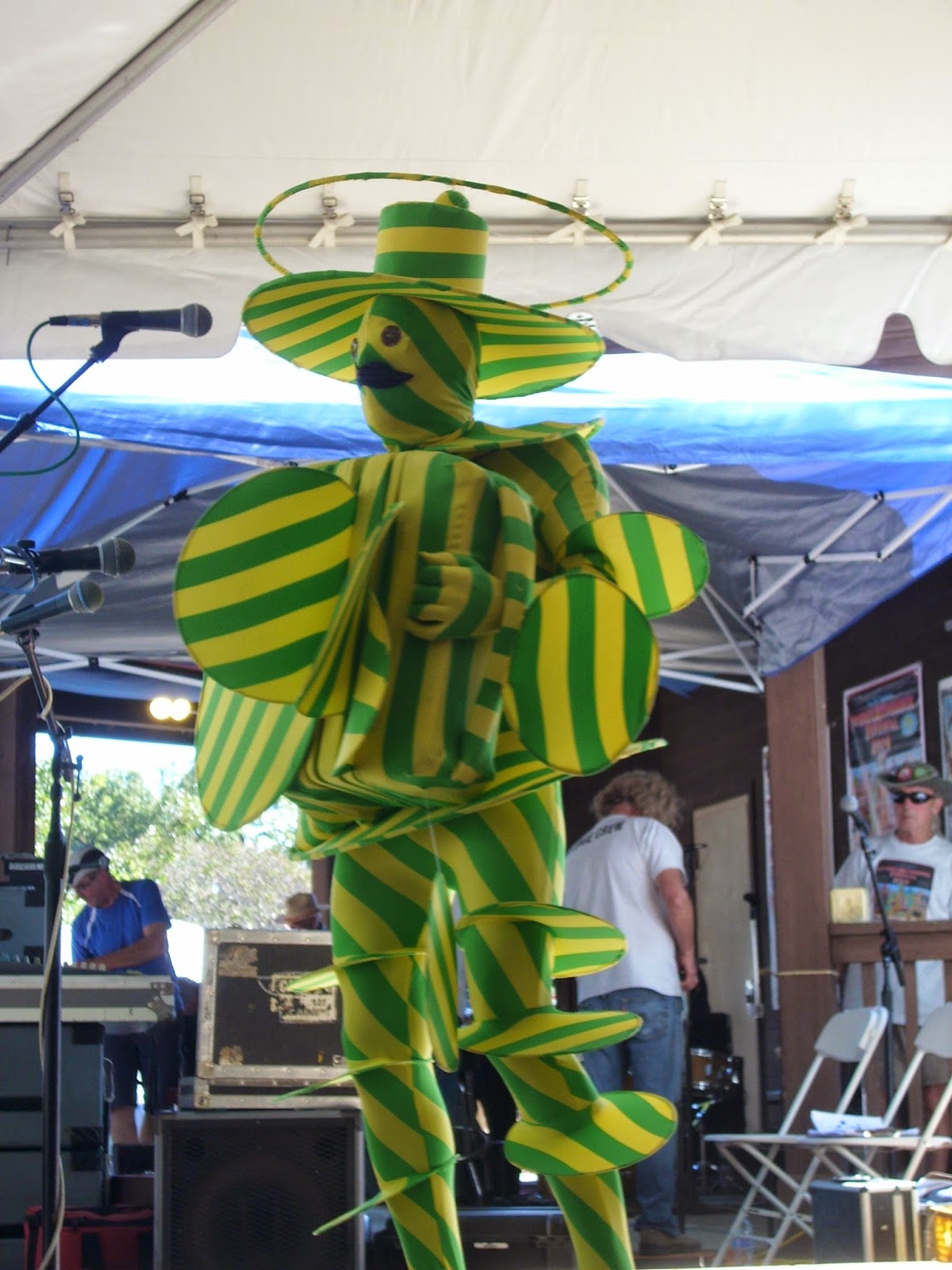 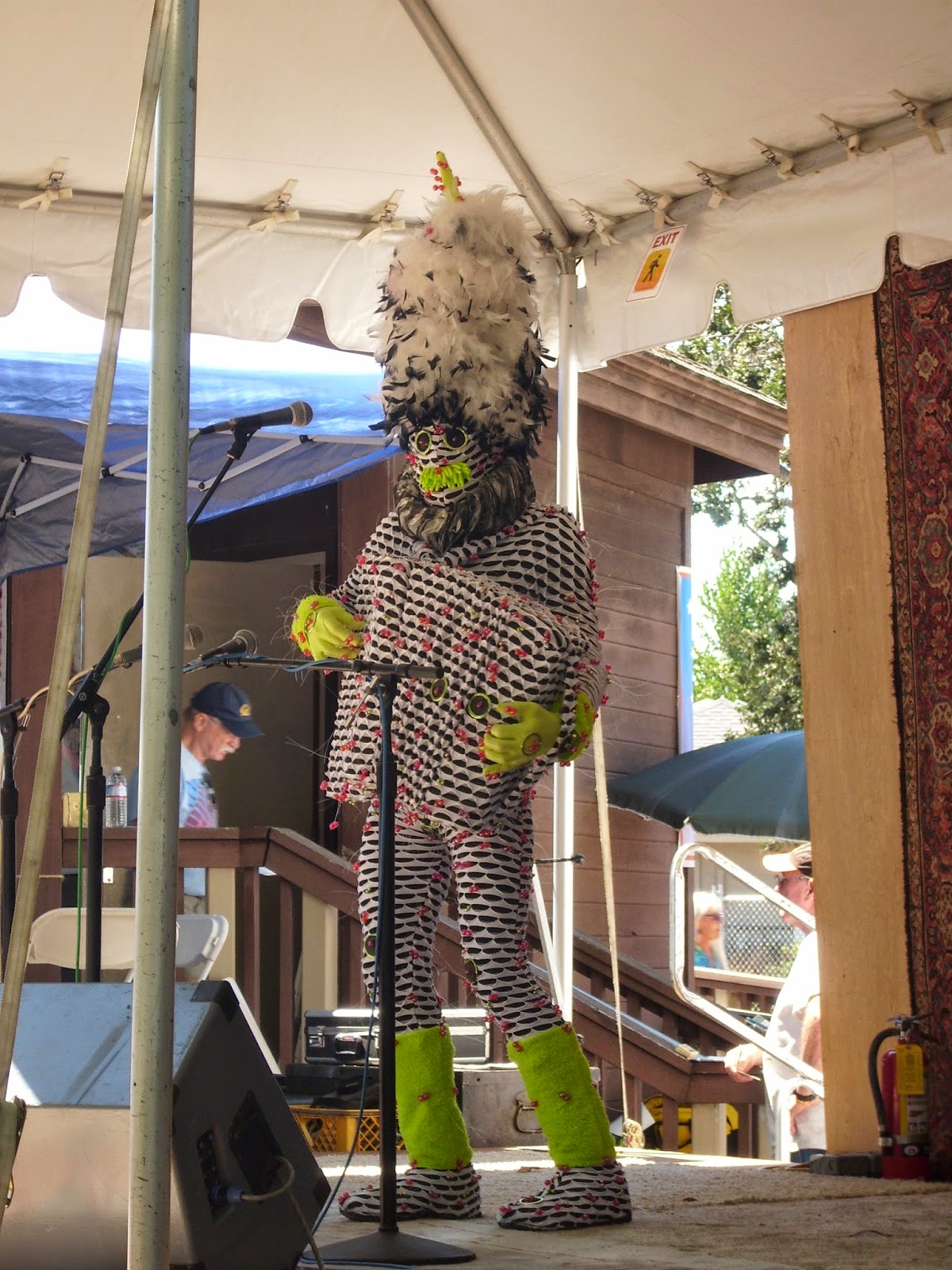 The most impressive part (to me, anyway) is that the accordions are also "in costume" but he is able to play them anyway. After my daughter played this year, he came and told her what a good job she'd done and that she'd be taking over for him any year now.

My favorite performer this year, other than my daughter, was Vincenzo Abbracciante. 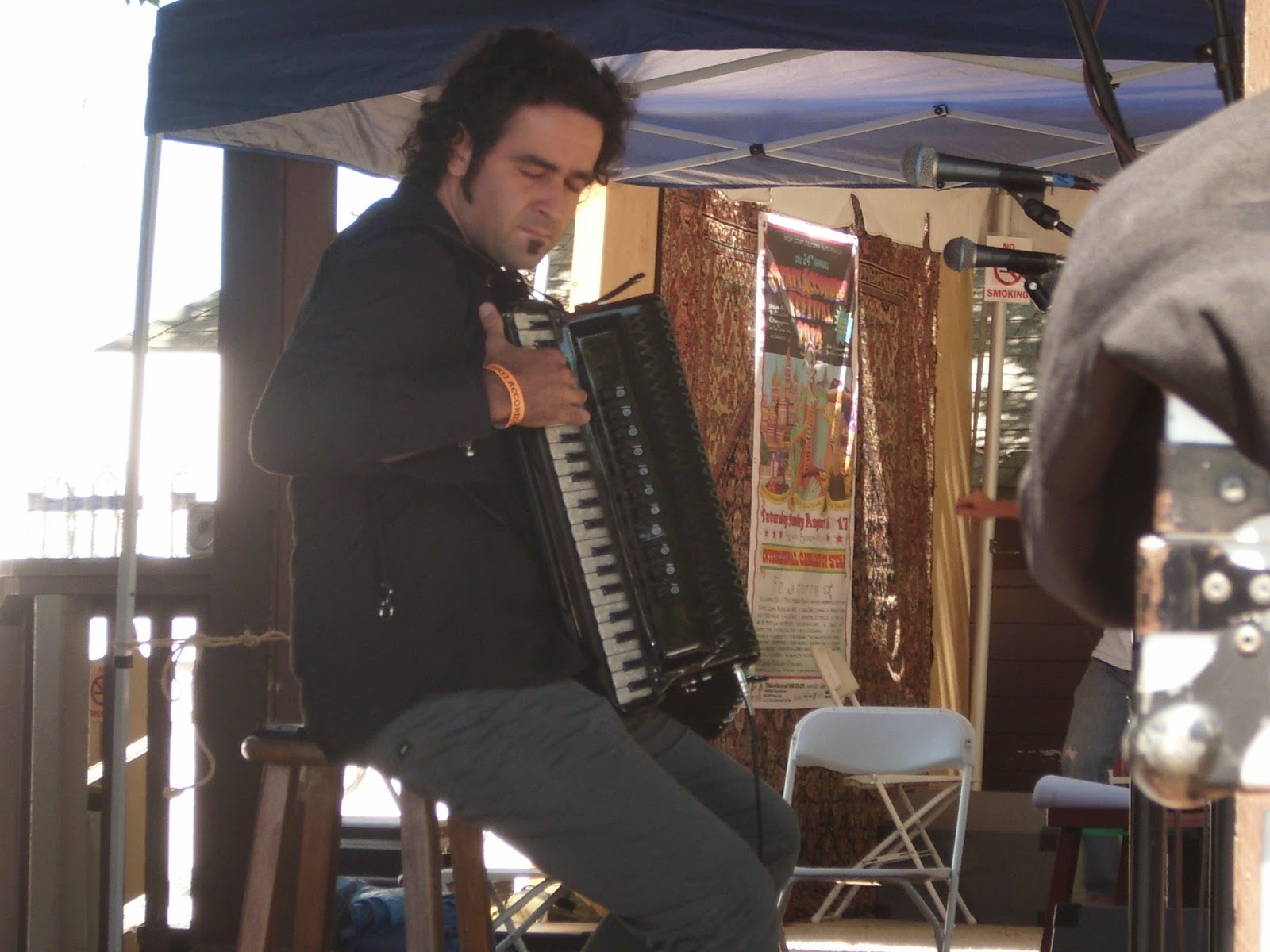 He was pretty incredible.
My wife liked Alicia Baker. 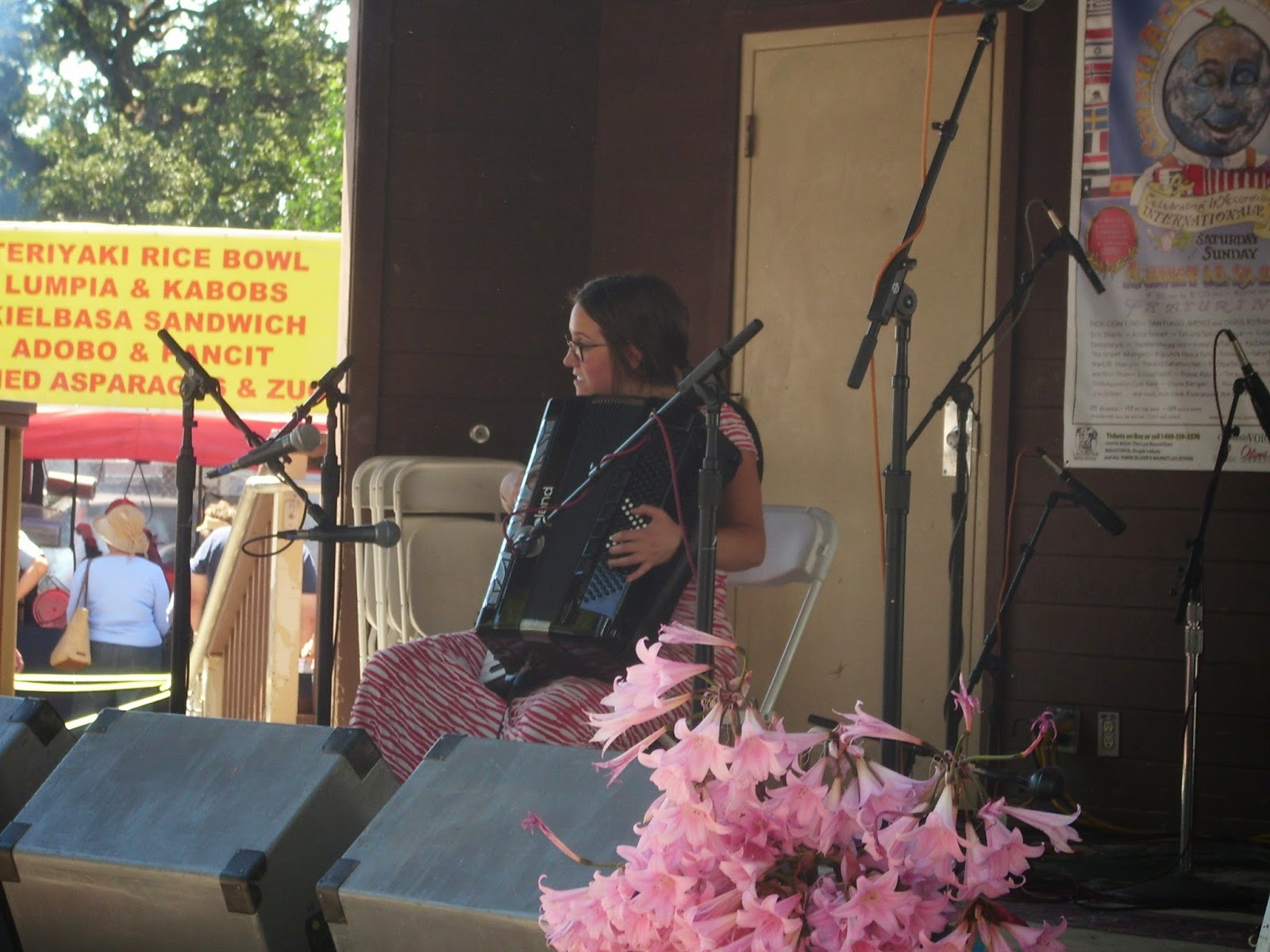 At just 22, she sang amazing opera while she played.

You can't have an accordion festival without accordions! 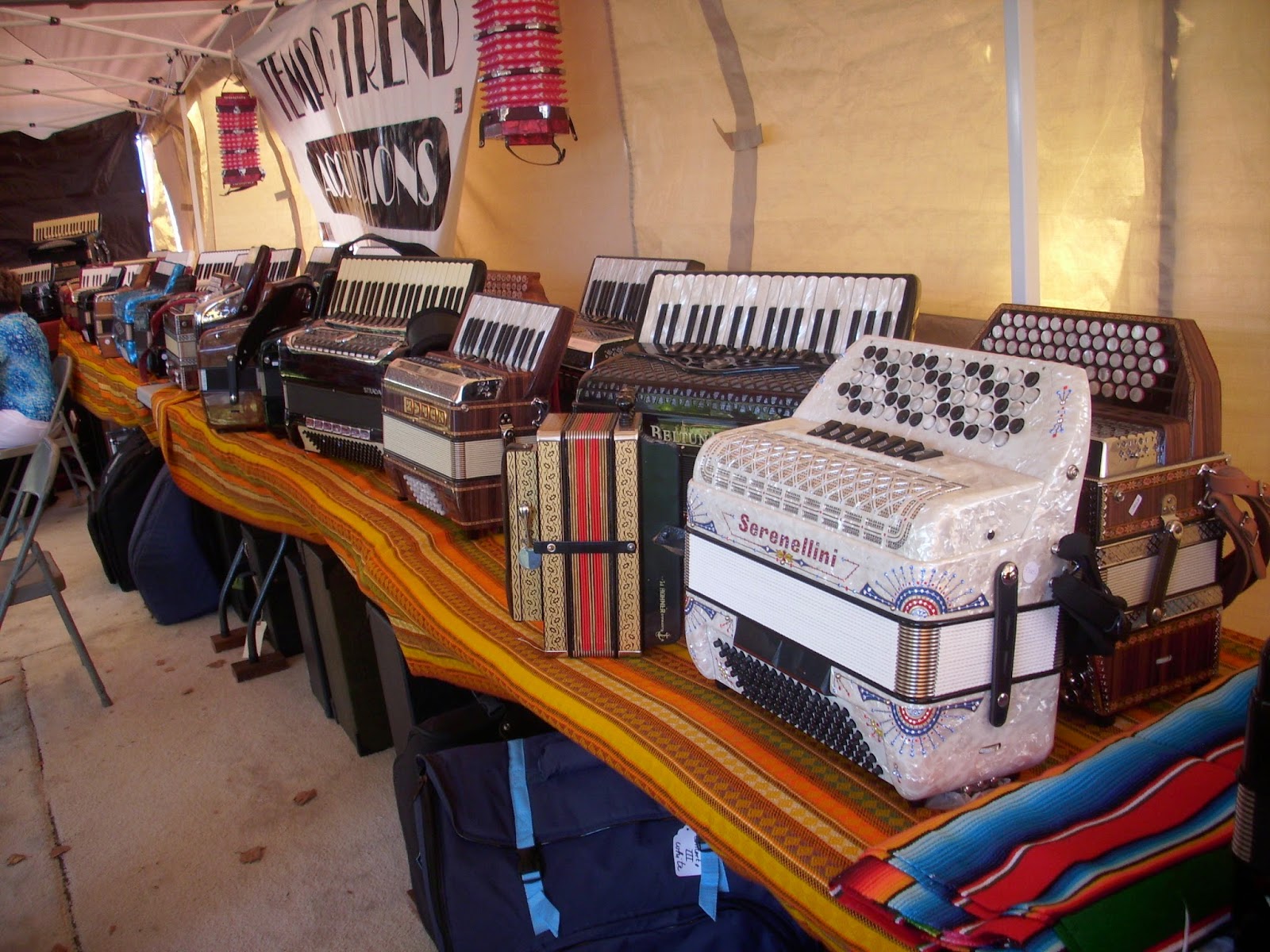 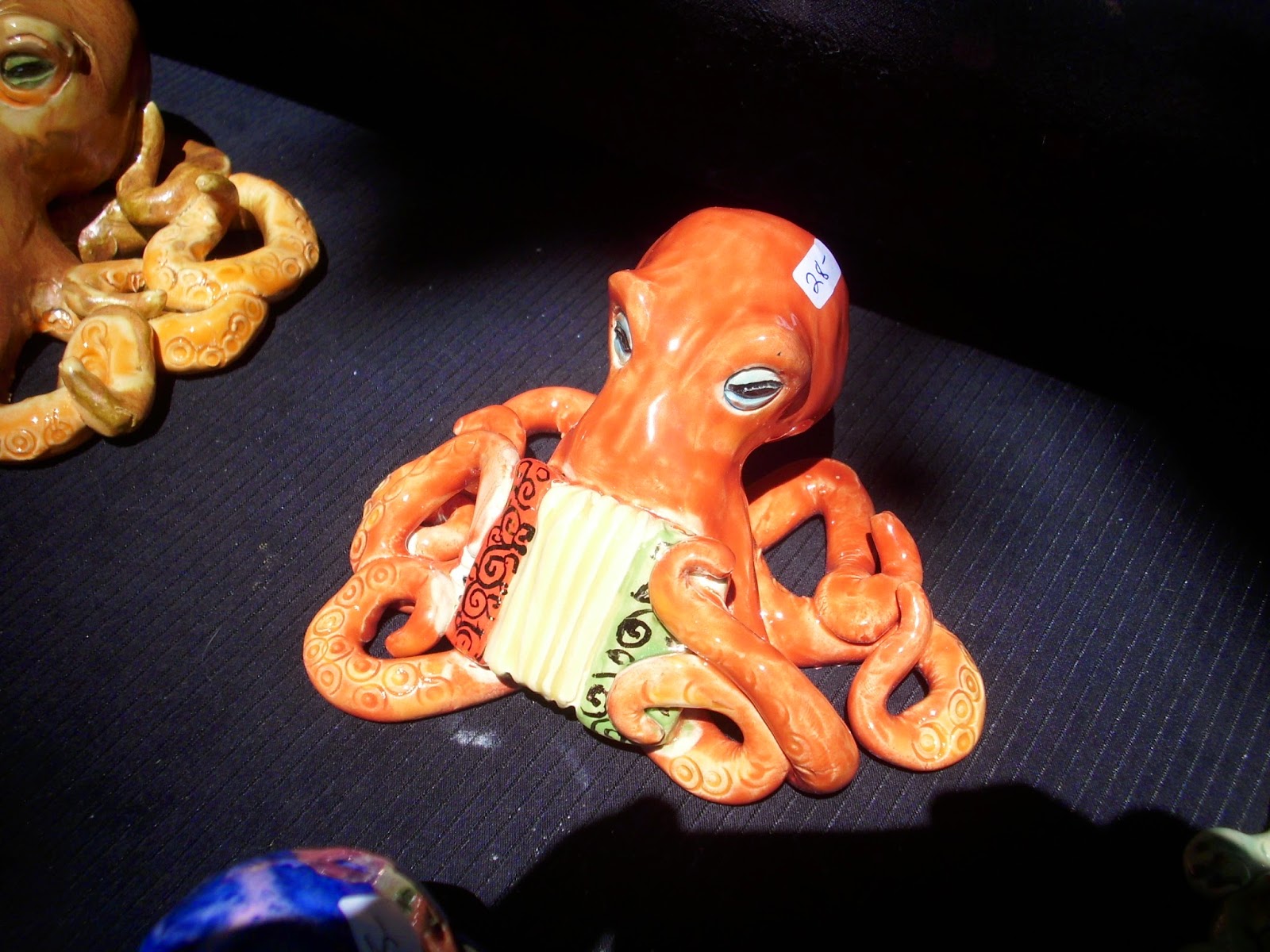 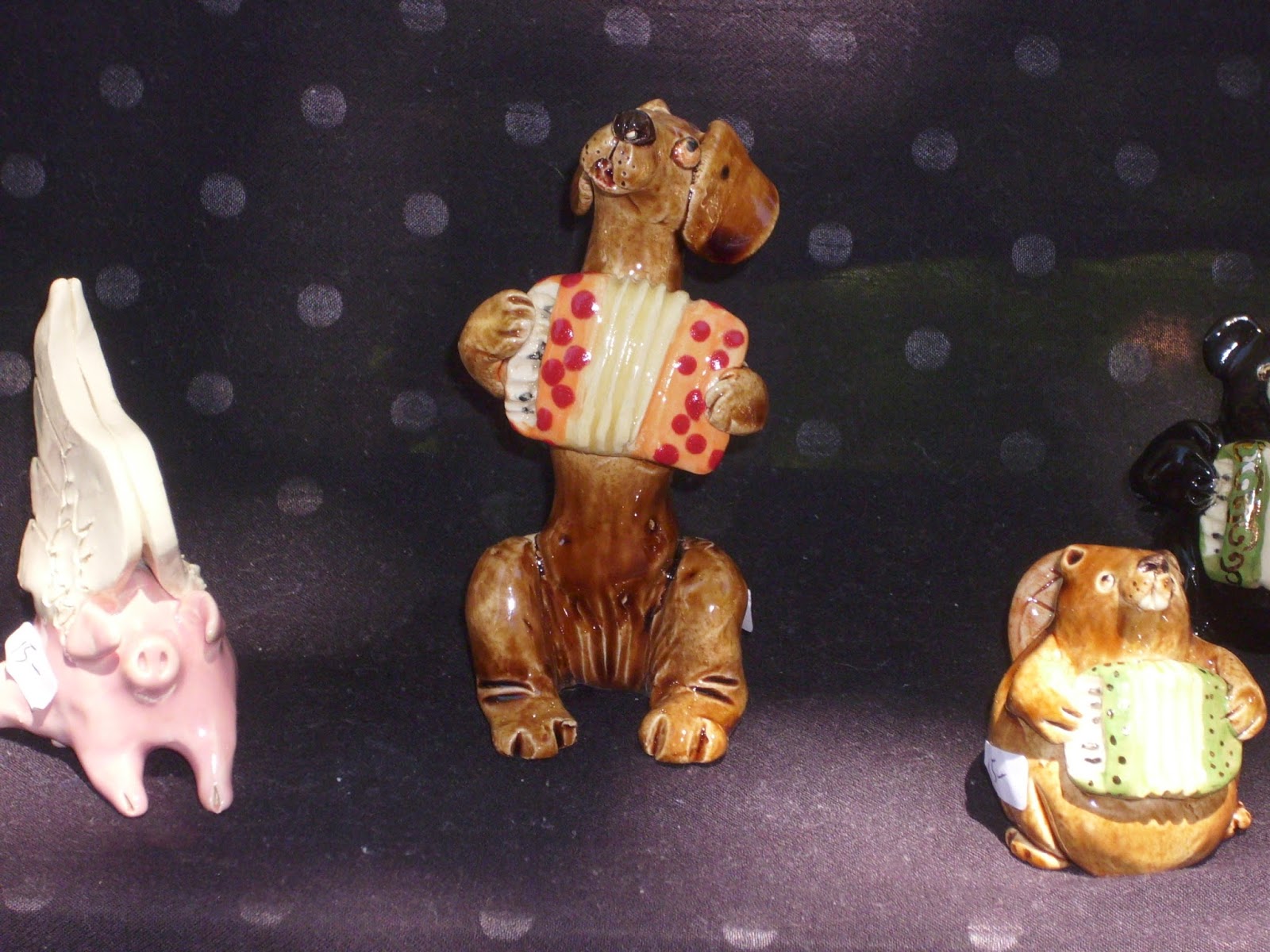 Also, I just have to add, you have to appreciate a festival which keeps naked ladies on its stages! You can see them on the stage with Alicia Baker, above, and here are more. 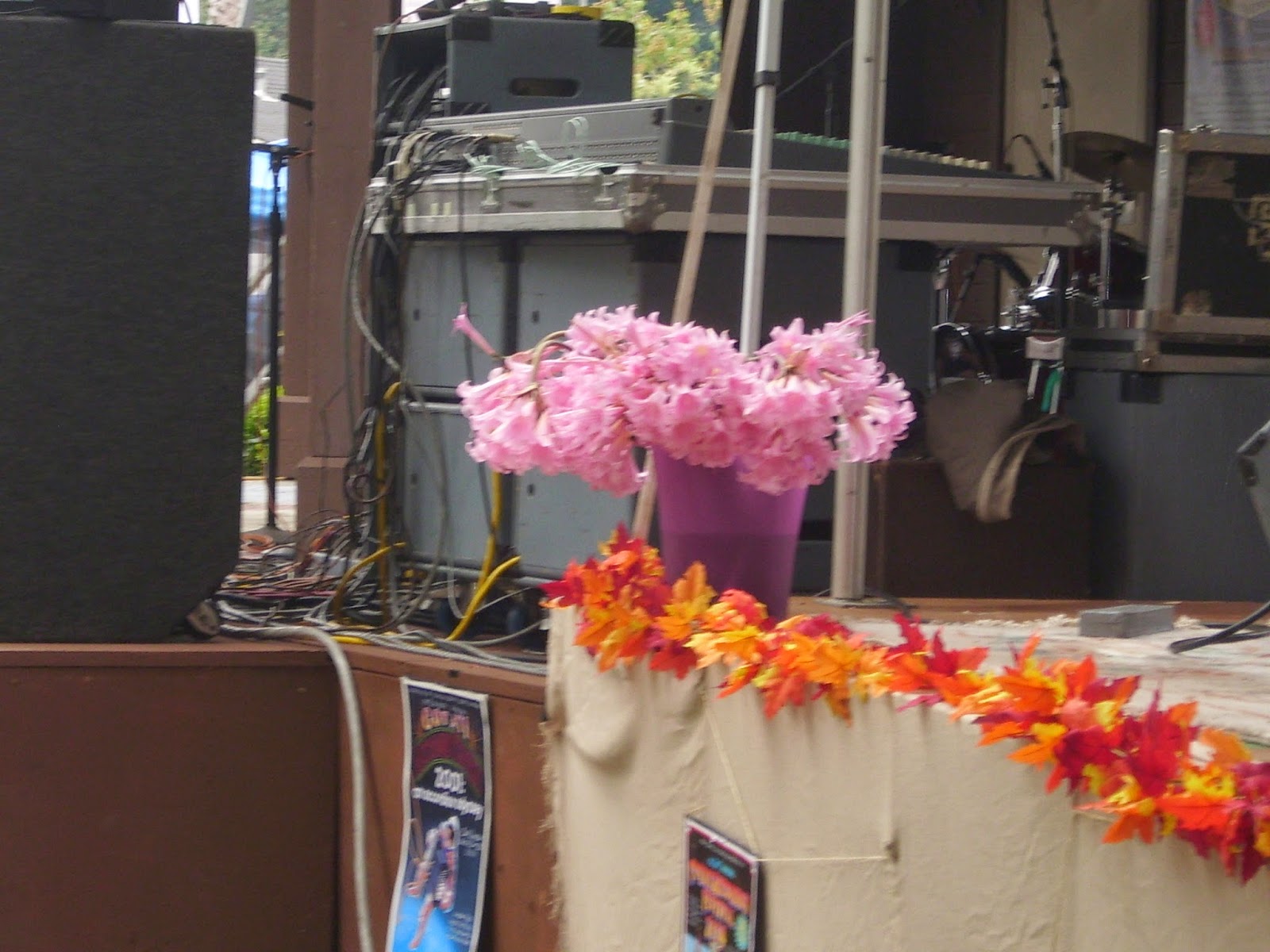