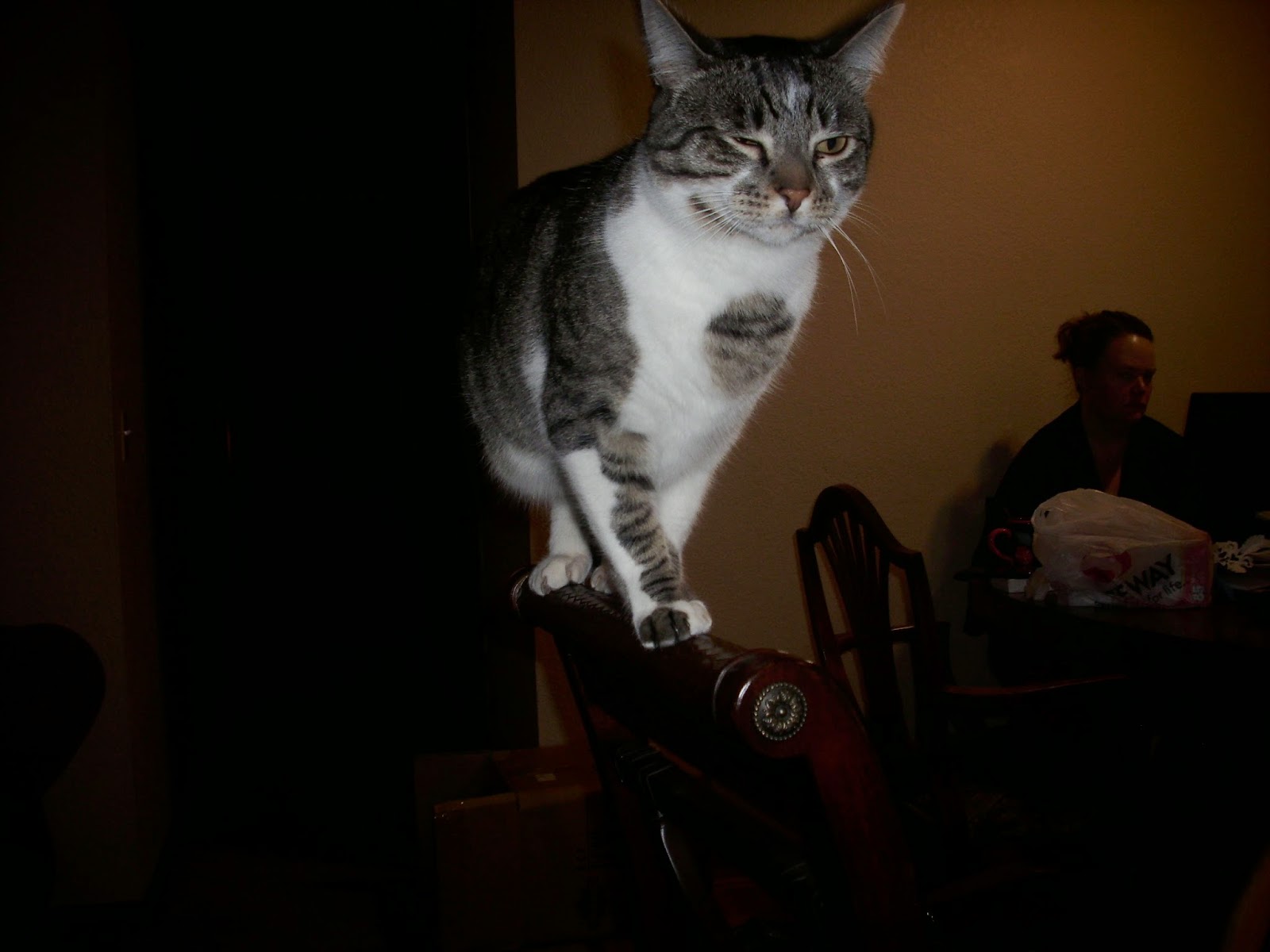 Yes, he is walking on the back of a chair. No, I'm not sure what he's doing with his eye. Aiming his deathray? It's always hard to tell with him. But I digress...

Two years ago when we went camping, our cat didn't have us. [Yes, I could say "we didn't have the cat," but, clearly, the cat decided that we belong to him, not the other way around. He did move into our house like a little, furry squatter.] We took the dog with us and there was no problem. In anticipation of the camping trip last year that didn't actually happen, I bought a leash for the cat. 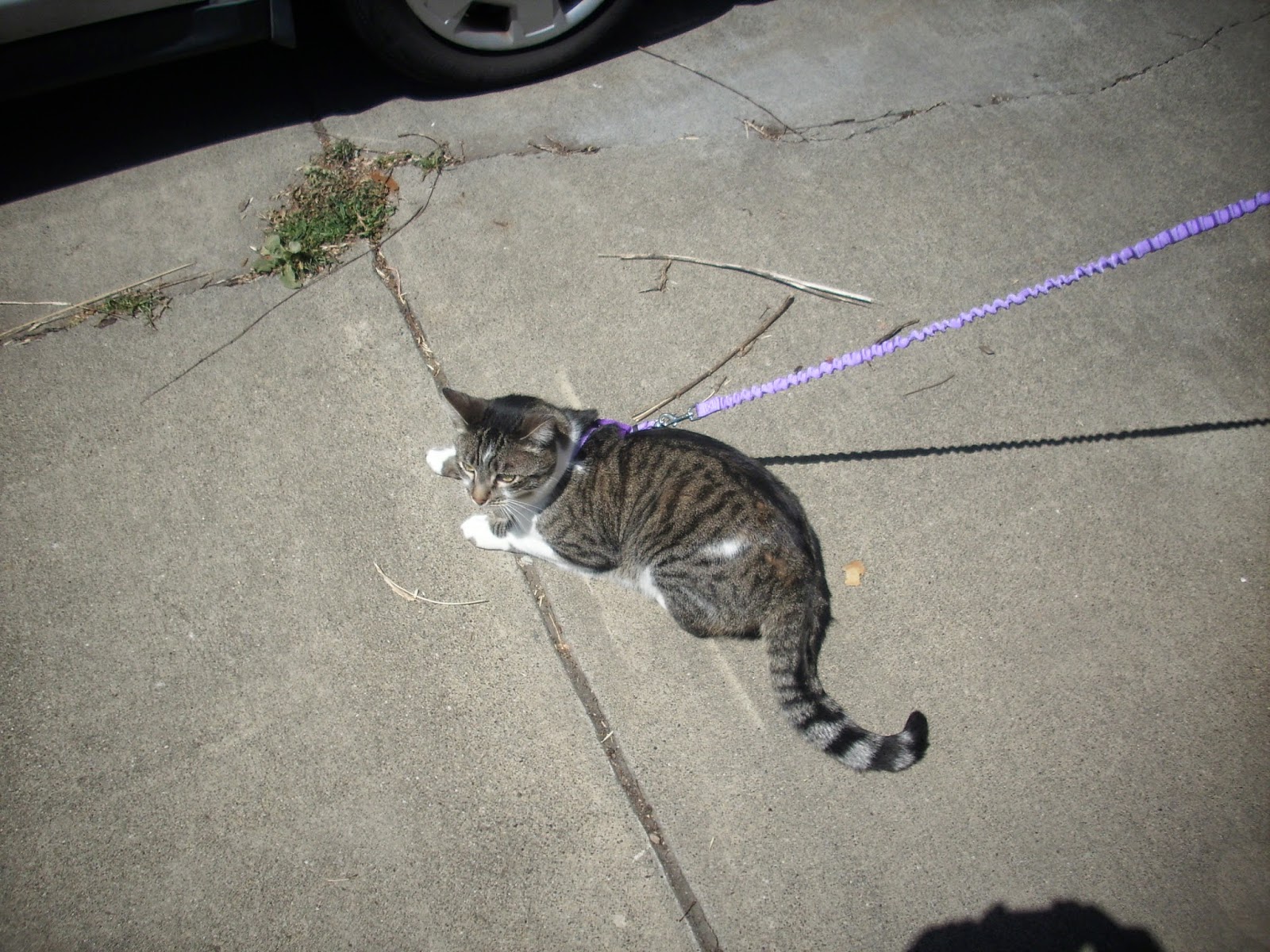 The leash was so that we could take the cat with us, but we didn't go, so the leash just sat around and I never bothered to train the cat with it. He acts like he's dying when you put it on him except when he's walking backwards, which is what he's doing in the below picture. 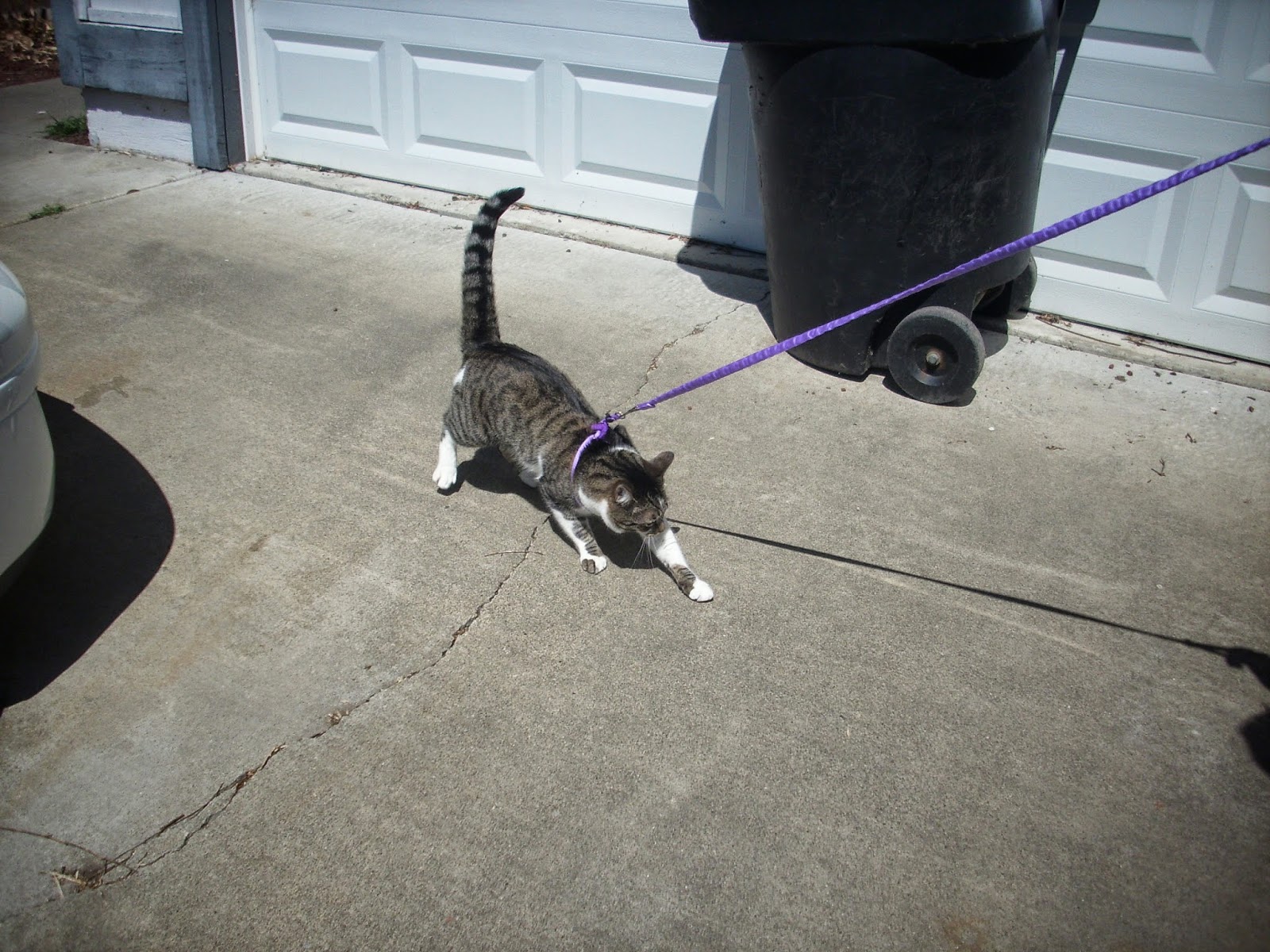 One time he walked backwards right up the wall and only stopped when he was looking straight down at the floor, then he just stayed like that, like he was lying on the wall.

So, when we started talking about camping this year, 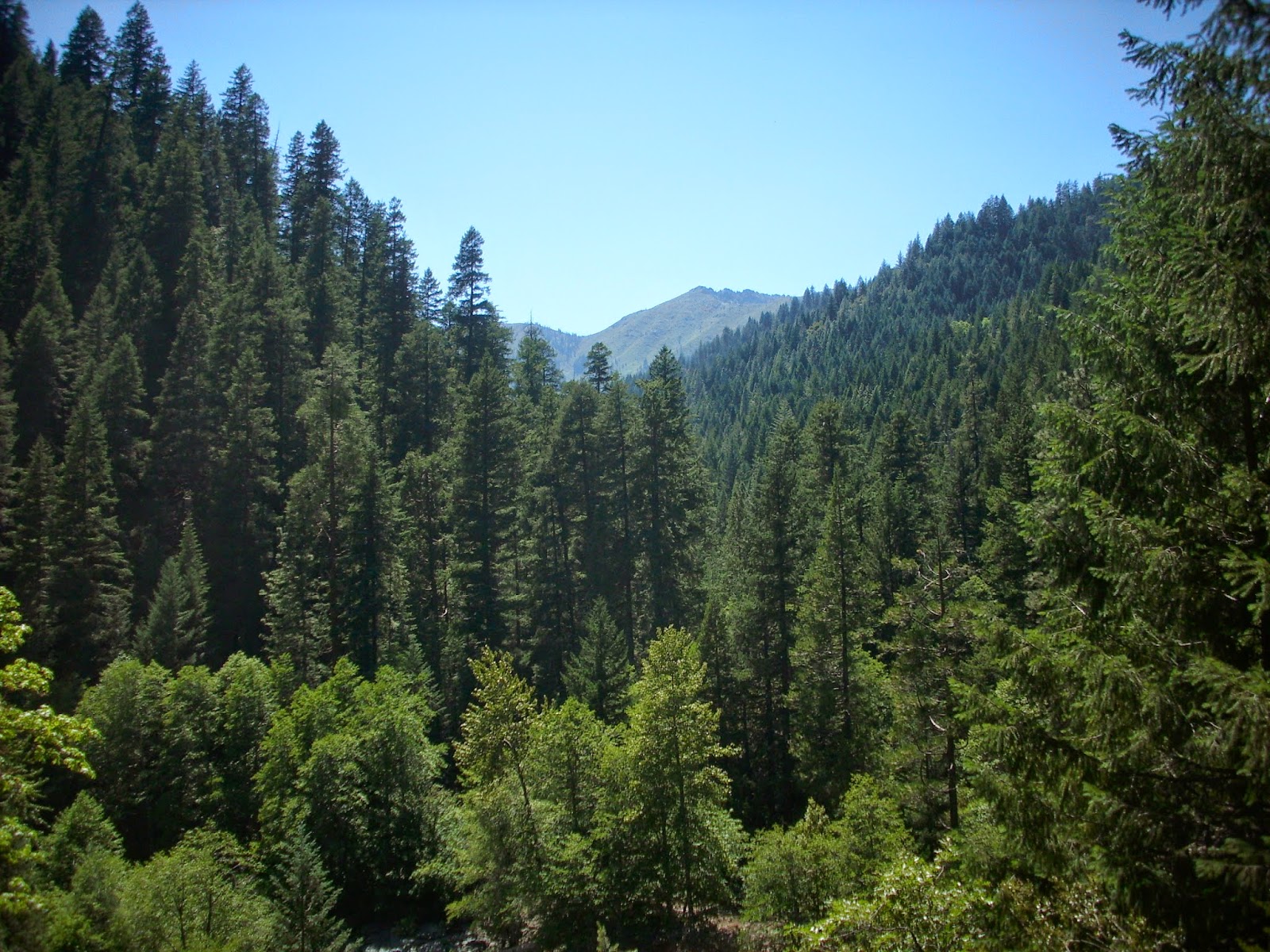 I resumed my plans to take the cat... right up until my wife let me know that she didn't want the cat going with us. The conflict spread to the kids at that point, because they, also, wanted the cat to go. There was a lengthy debate. Well, sort of. It wasn't a debate that happened all at once. It was spread out over about two weeks with occasional comments that were always interrupted by one of the kids saying, "I want the cat to go." That always ended the discussion, because we didn't want the kids getting involved in the decision since they wouldn't be the ones to be taking care of the cat.

Long story short: The cat stayed (because, man, who wants to have to lug a litter box with your camping gear?) at home. Alone.

Now, before anyone says anything about the cruelty involved in leaving the cat locked in the house for a few days, I didn't just decide to do that. At some point, I had done some research about cats and what to do with them when you're going to be away from home, and I found that this is what a lot of people do, just leave the cat at home. They are, after all, pretty self-sufficient and, before Jack (the cat) came to live with us, he had lived alone outside for a long time.

Still, it was not without some trepidation (and anxiety) that I did it. Going off and leaving your pet, unless it's a fish, locked in your house is no small thing. [And before you start giving me options, I considered them. (Especially the one about having someone come in each day, but Jack is an expert at waiting just inside the door and hopping out as you come in -- sometimes without you even knowing he's done it -- and I didn't want to have to deal with a missing cat while I was not home and able to deal with it).] But I made sure he had plenty of (dry) food (there was still some left when we got back, so I did okay on that), what I thought was plenty of water (that was almost gone, but I think that's because he normally gets wet food, so he drank more water to make up for what he wasn't getting from his food), and a big pile of fresh litter.

When we got back, the first thing we noticed was that the house was still here. That was a positive, because I wasn't sure the cat wouldn't box it up and run off with it while we were gone. Heck, that could have been his plan all along (that cat definitely has some kind of plan). I went into the house, first, and the cat met me as I came in the door and was actually more interested in seeing me than in hopping out the door (he saved that until a few nights ago to do to my oldest son as he was coming home from rehearsal). So all is well, and the cat has been way more affectionate this past week than he has been in a while.

And, hey!, the house wasn't even booby trapped Home Alone style when we got back, so I guess the cat really does like living with us. Or something.

Still, I'm going to keep working with him with that leash. Either I have to get him to go forward, or I have to learn to walk him backwards. That could be interesting. I'll have to try get some video footage of that.

In other news, I have a new thing that I'm finishing up. The draft writing, that is. It's all in notebooks (because that's how I write when I'm off at softball practices or accordion lessons or whatever), so it still has to be typed up and all of that. Why am I telling you this? Well, as I have been doing, I'd like to add a bonus story by some other author to go with it, so I am officially taking submissions. Or requests. Or something. Look, if you have something that's, oh, say, around 5000 words and you'd like me to put it in with my new thing (which I'll tell you more about later), let me know. Or if you want to WIP something up. You still have time. Just leave me a message or email me or whatever to let me know you're interested.
Posted by Andrew Leon at 12:00 AM