The new issue of Indie Writers Monthly is out! It's Volume 1, Issue 4 even if it says Issue 3. That was just a goof that I'm sure will be fixed at some point. At any rate, it looks like this 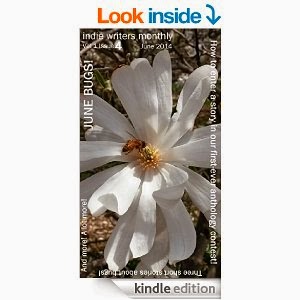 and, right now, it's FREE! So you should totally go pick yourself up a copy. It's full of all kinds of goodness. For one thing, there's an interview with me, but there's also this story I wrote that you can only find in its pages, and you don't want to miss that! Well, and there's stories from some other people, too, but there's a story by me! So go now and get your copy while it's FREE! Wait, did I mention it's FREE!? Because it totally is.

You need even more convincing? Fine! Here's the first little bit of

The Day the Junebugs Came


That day each year was the day summer arrived.

Go get yours NOW! Just follow the link.
Posted by Andrew Leon at 10:33 PM