The way things becomes "things" is often very interesting. Sometimes, it's because a thing needs a name, like at one time how a dog needed a name. And I don't mean Spot or Fido, either. Way back when around 25,000 years ago when wolves started hanging out with men, they had to call them something, and I bet "wolf" started out something like "wlf" and was related to the sound they made. [Yes, I'm making  this up.] Later, some of the wolves started living with the cavemen instead of just hanging around and trying to grab scraps and calling both groups, the in-camp group and  the out-of-camp group, wolves probably became confusing, so someone started calling the ones that never left "dgs," which is kind of like the sound my oldest son made, "dg!", when it was being his first word. Yes, my oldest son's first word was "dog," and we didn't even have one at the time.
[Remind me to one day tell you about his first Star Wars word.]

Anyway... the idea of "Black Friday" was one of those things that came about over time. It was a thing that was happening that needed a name, and, then, it had a name, and, then, people (stores) started having sales for it, because, sometimes, in our culture, all you have to have is a recognized name and there will be sales in your honor. Like "President's Day." And I'm waiting for stores to realize that they can name sales after celebrities, and, then, we'll see "Cyrus Twerking Day" sales or something.

But that's not today. No, today is "Cyber Monday," a complete made up marketing name so that we could have sales. And convince people to shop online. No, really, Cyber Monday was not actually a thing until some company decided to call it a thing and hope that it would become that thing, and, well, it did. It's like if you started calling your car a rocketship and, one day, you woke up and it was a rocketship. Dude! Now, I'm totally going to have to try that!


"Christmas on the Corner" 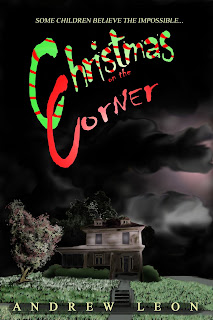 And what better time of the year is there to read a Christmas story, right?

And, just to say it, I'm only suggesting things I've actually read.

The best bargain on the list:
Temporary Anne by Briane Pagel -- Not only do you get a pretty horrific horror story (that's, like, horror squared), you get additional stories from some other pretty great authors! And, well, there are cookies! But not cookies you want to eat, and you'll just have to go read "The Magic Cookies" to understand what that means. And it's just $0.99!

Eclipse -- Also by Briane Pagel and my favorite (so far) of his novels. If you want a book that will leave you wondering what actually happened when you get to the end, this the book for you.

Demetri and the Banana Flavored Rocketship by Bryan Pedas -- This was the best book I read in 2012 and there has only been one, so far, from 2013 to beat it. Yes, it's got a strange title. Yes, it's quirky. Yes, it's a great read.

"My Killbot Buddy" by Rusty Carl -- This is an intact story but only a glimpse into a world I hope Rusty goes back to.

"Augurs of Distant Shadows" by Briane Pagel. It can be found in "Shadow Spinner: Collection 2: The Man with No Eyes." And, honestly, this has nothing to do with the fact that it's in my Spinner collection and everything to do with the fact that this is my favorite thing of all by Brian (so far!). More people need to read his story, so buy Collection 2 just for that if you need to.

There are plenty of other independent authors out there that could use the support, and this a perfect time of year to do it. I'll be mentioning other authors as we progress through December, but these are the indie things I've read that I've really liked (as in, these works stand out in my mind without me having to go back and look through what I've read; if something I remember without needing to think about it, it's pretty darn good), so this is where I'm starting. Seriously, support quality, independent works by supporting these guys in a way that's tangible. AND LEAVE REVIEWS once you've read the work in question! That's tangible, too, and, hey, it might just be me, but reviews make great gifts!

Note #1:
Just in case any of you missed the announce last week because of the holiday, "Shadow Spinner: Collection 3: The Garden (Parts 13 - 21)" is now available! 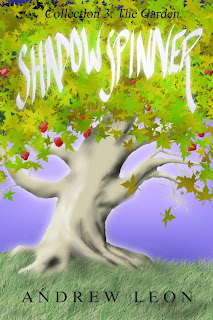 It has a backup story by Rusty, and, if you don't know who he is by now, shame on you. Pick up your copy today!

Note #2:
Also in case you missed it, I have a short story, "The Tea Kettle," up over at Out of Print. Stop by and read it and let me know what you think.
Posted by Andrew Leon at 10:02 PM