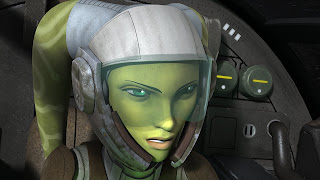 When I was a kid, I never had any of the starships from Star Wars. In fact, almost all I had was action figures. My mom didn't believe in supporting my Star Wars obsession, so I had to buy all my toys with my own money, and money isn't the easiest thing to come by when you're eight years old. So I would save up for one of the ships but, any time I had enough money for one, I would compare the one ship to all of the action figures I could get with the same money, and I would buy the action figures, the one exception being the Rebel transport from Empire, because it doubled as a storage case (and it was cheap).

All of that changed when the b-wing fighter was released. I thought b-wings were so cool after Jedi came out, and I loved the way the cockpit turned on its own as you rotated the ship. When that came out, I bought it. It was my first ship. Of course, I was 13 by then and had much better avenues for earning money.

You can imagine, then, my surprise and delight to discover that this episode was about the origin of the b-wing. It was very cool, and that's all I'm going to say about it. If you're curious, you should just watch it. 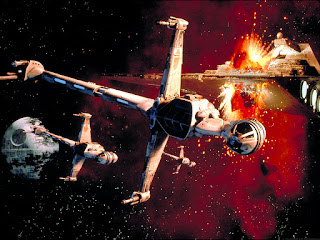 And, yes, I do still have my b-wing, and I still love it.

"I just hammered it together, young pilot; you made it soar."
Posted by Andrew Leon at 12:00 AM