Why You Worship a False god (Part One)

Let me just say upfront that I'm probably going to lose a lot of you with this "discussion," and not because of the offensive material but because of the metaphysical material. My experience is that people don't tend to be able to keep up. For example, my first college roommate was a Calvinist (you can look it up), but he was a Calvinist because he didn't understand the doctrine of predestination or what they mean by it. In his mind, since "god" knows everything, "god" also causes everything to happen. There is no free will. Foreknowledge equated control. Basically, "god" was upstairs with puppet strings attached to everything, and no one had any choices about anything.

The problem was that he really just couldn't see the difference between foreknowledge and complete predestination (of everything) no matter how many times or how many ways people (not just me) tried to explain it to him. Some of the people who tried to explain it to him also didn't understand the differences in the concepts; they just knew that they had been told that Calvinism was wrong.

I only bring this up because it relates. We're going to talk about God and Time and why your god isn't actually God. And, sure, that part might be offensive, but I'm pretty sure I'm going to lose most of you way before we get far enough along for you to be offended. Unless, of course, you're already offended.

So let's start with something pretty basic:
For god to be God, He has to be outside of time, the maker of Time. That's pretty standard thought nowadays, in theory, at least among "christian" theologians, so I'm probably not losing anyone yet, theoretically. Until we get to the part where we're dealing with what it means to be outside of Time, but I'm not got to get into that, because that's kind of like asking a fish what it's like to be outside of water. And the fact that most of you probably don't get the part where Time is not some linear stream that has always existed. 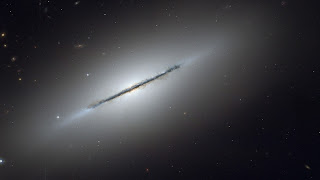 Maybe you're wondering why that even matters, but it matters in that, for god to be God, He has to be omniscient, and He can't be omniscient from within Time. To know everything, you have to be outside of everything, including Time.

And it matters because of sin.

Before I go on, let me state quite clearly that I am NOT just talking about Christianity here. I'm also talking about Judaism and Islam. It's all the same god, and all three religions suffer from the same issue: sin.

Here's where we start getting tricky...

Men are linear creatures, time-wise; therefore, our views of people tend to be pretty tied into whatever they did last. The quality of a person is based on his/her most recent actions. That's the linear view.

And that's the view religious people, of whatever religion, tend to take, too, hence all of the sin, repent, repeat nonsense. Because you can't go to heaven if you have sin, and you're only as good as your last repentance.

Christianity, theoretically, deals with this issue. Jesus was intended to be the one and only sacrifice that would wipe sin from your life both backwards and forwards. Hebrews 10:10 -- "...we have been made holy through the sacrifice of the body of Jesus Christ once for all." The idea for the need for constant repentance (sacrificing) has been dealt with by the one sacrifice of Jesus, so sacrifices are no longer needed. Provided, of course, that you accept the One sacrifice of Christ as your own. This is what the writer of Hebrews is saying. [Note: The writer of the book of Hebrews is unknown, but it was almost certainly NOT Paul. The asshole.]

Of course, the writer of Hebrews couldn't reconcile this idea with himself and, a few verses later, says that, basically, since you've been forgiven of your sins -- all of them past, present, and future -- don't ever sin again. I mean, if you're accepting the grace of God but, then, go out and sin again anyway, you deserve to go to straight to hell. STRAIGHT TO HELL, I tell you! Because he couldn't take himself out of a linear mindset despite the words of Jesus himself claiming to be the one and only sacrifice ever needed.

This is where we run into some problems, because neither Judaism not Islam have any mechanism for dealing with sin in a non-linear fashion. Their god is completely Time-linear and can only deal with men based upon their most recent actions. This causes two problems:
1. You have a man who has lived a horrible, despicable life full of sin and mayhem. The worst possible person you can think of. But, shortly before his death, he "sees the light," repents, offers the appropriate sacrifices, then dies and goes to heaven. [And some of you are saying, "But that's the great power of "god" and his offer of forgiveness to man!]
but...
2. You have a man who has lived a pretty great life of being good and just to other men as much as possible. A true saint among men whom everyone looks up to. But he "stumbles" and commits some sin or other and, before he can repent or make the appropriate sacrifice or whatever, dies suddenly. Because he dies with sin, he is denied heaven. AND GOD CAN'T DO A DAMN THING ABOUT IT! Just, oops! That's too bad, but you have sin and can't come in.

Let me tell you, that's the kind of god I want to follow. One who is bound up in his own arbitrary rules and inability to see beyond the same linear timeline as man.

You "Christians" can stop patting yourselves on the back, because, in a lot of ways, you're even worse. Probably in the most important ways, you're worse.
But we'll talk about that next time.
Posted by Andrew Leon at 12:00 AM