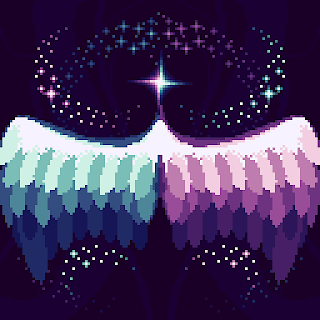 "It sounds spacey and stuff, I guess."

My son made a song. His words. That's what he said when he announced, unexpectedly, that he'd been... you know, I don't know the correct word to use here, because "making" probably is more correct than "writing" in this context, though I don't really know. Anyway, he announced, "Hey, I made a song. Do you want to hear it?"

The word "yes" got shoved around in my throat as I tried to figure out what he was talking about. What came out was more along the lines of, "Wait, what? You made a song?"
"Yeah, you want to hear it?"
That's when the "yes" made it out.

And I was impressed. You should take a listen:
Aurora Daedalus
I mean, I was impressed in that I really like it. Sometimes kids bring you things that you're impressed with because it was your kid that did it, but I think this is a great piece of music.
And he's written some more since then! Aurora is still my favorite, but they're all good.

And we didn't even know he was working on this stuff!