Day two of our trip through gold country took us up to Empire mine, one of the richest hard rock gold mines in California. It was also extremely informative. For one thing, gold mining is not what we think it is. At least, it's not what I thought it was, and I'm pretty sure my thoughts on it were not outside of mainstream thought.

Well, okay, one part is what I thought it was: gold panning. That's a form of placer (the "a" is like in cat) mining. We did that, by the way, but I'll get to that later. But mining for gold down in the ground is nothing like what I thought it was. There are no "veins of gold" just running through rock that you can go in and pull out. The gold is infused in quartz, so the process of hard rock mining is much more complicated because it involves bringing vast quantities of quartz out of the ground, smashing it up, and using dangerous chemicals like mercury and cyanide to draw the gold out. According to our tour guide, they got about 1/2 an ounce of gold per every TON of rock brought up. To me, that's just insane.

There's still plenty of gold down in the mine there, by the way, but, even with gold at over $1200/ounce, it now costs more to bring it up than they can make from doing it.

How about some pictures? 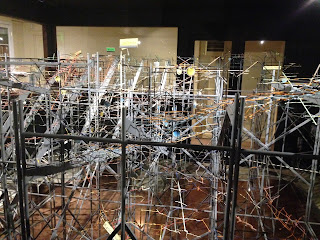 This is a three dimensional map of the mine and its tunnels.
The little paper signs  on top are the locations of various businesses and buildings.
I don't think you can see it in this picture, but there's a sign for Safeway and one for the post office. 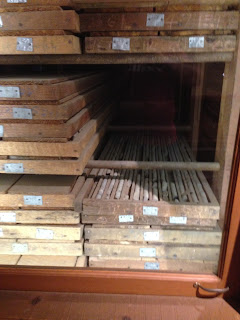 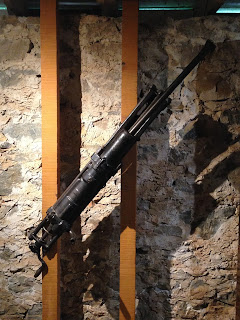 A drill used for boring holes into the rock walls for the placement of explosives. 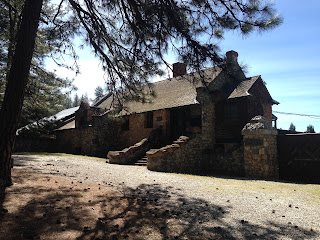 The mine administration building. 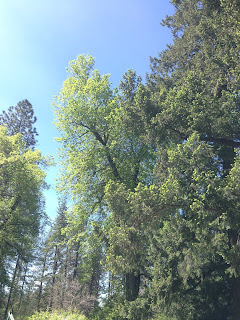 None of these trees existed when the mine was in operation.
The entire top of the mountain had been clear cut as fuel for running the pumps (to keep the mine shafts free of water) and to operate the stampers (the rock crushing machines).

William Bourn II had a vacation home and elaborate garden built on the mining site. He stayed there two weeks a year. Because it was there, it was also used to entertain guests, but the purpose of it was just to be there for those two weeks when Bourn was on site each year. 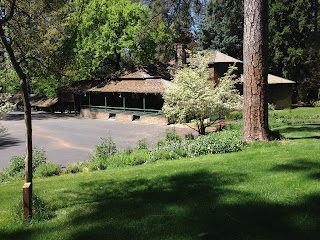 Those were the tennis courts off to the left. 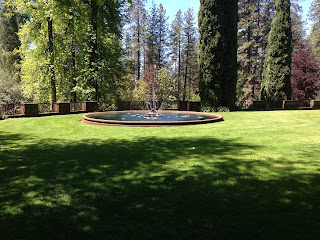 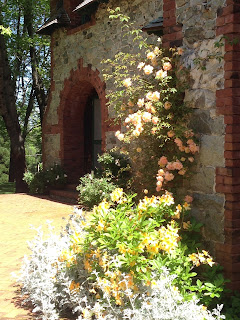 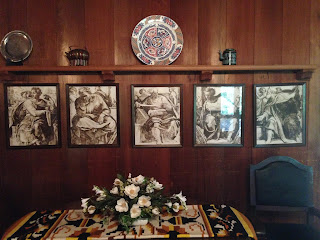 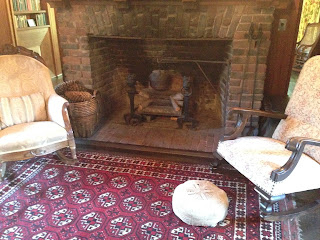 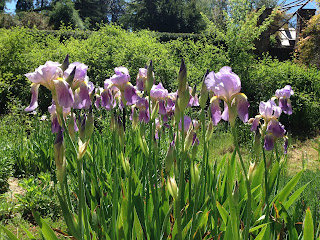 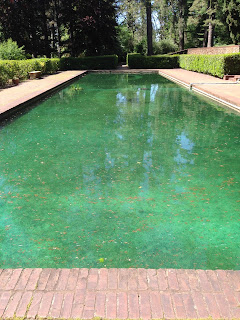 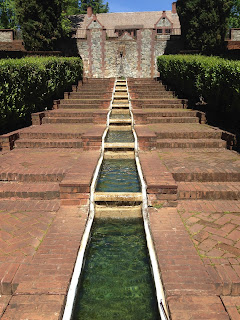 And a few more shots of the mine grounds: 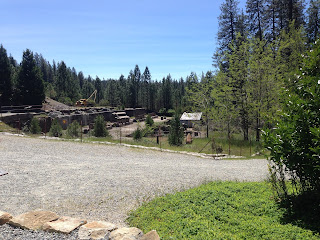 I believe the open area here is where the stampers used to be.
They ran non-stop (yes, 24/7), creating a constant pounding, which is probably why Bourn only visited for two weeks out of the year. 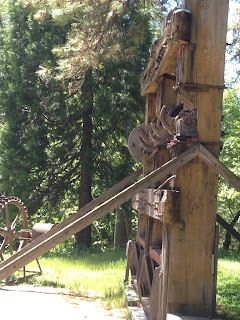 This is a piece of a small stamper, nowhere near the size of the ones the mine used. 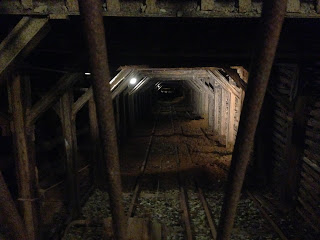 Next stop: Malakoff Diggins.
Posted by Andrew Leon at 12:00 AM