I think my toilet is out to get me. Seriously. If there are sentient toilets in the world, mine is one of them. I'm sure it has a mind of its own. If I hadn't already written a story about an insane tea kettle, 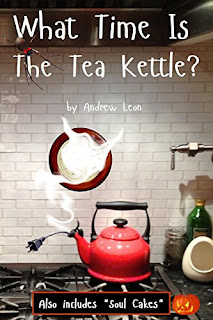 All of the things with the toilet began a year ago or so. I talked about the first time it had to be fixed here. In that post I talk about the thing that "should have been a pretty easy fix," which didn't ever get directly addressed because of the complications which occurred in trying to fix it. To put it simply, the leak, the thing that was making all the noise and keeping me up at night, was water running from the tank to the bowl because the flapper wasn't sealing adequately.

Like I said, putting in a new flapper shouldn't have been an issue, and it wasn't. Said flapper was one I put in. However, somewhere in fixing the other issues that developed, the flapper quit leaking, so it didn't get replaced.

Then, this happened. If that's not a horror story, I don't know what is. I mean, it's like that dream where you're going to class or, maybe, already in class, and you suddenly realize you're naked. Except, you know, for real.

Again, everything was fine with the toilet... Until it started talking all night again. AND KEEPING ME AWAKE! What the actual fuck?

But I got to play with food coloring in the tank trying to figure out exactly what it was that was leaking, which turned out to be the flapper. Of course. Because it makes so much sense that a piece of rubber covering a hole should be, I don't know, defective?

Look, here's the thing, flappers in toilets NEVER got replaced when I was a kid. They were these heavy pieces of rubber that I think you could have killed someone with if you'd thrown one at a person. That's not how flappers are made anymore, just so you know. Why do I know? Because I had to replace the relatively new flapper in my toilet because it was draining water like a sieve. And what I found out is that they're made to, basically, degrade, now, so that you have to replace them frequently. Seriously, you can buy multi-packs of the things (kind of like light bulbs) so that you have them on hand any time one needs replacing. Again, what the actual fuck?

So the toilet is fixed. Again. Again. But I'm sure it's out to get me. It's like hearing voices, except I'm hearing my toilet. I don't quite understand, yet, what it's saying, but it's definitely saying something. Maybe if I just move a little closer...