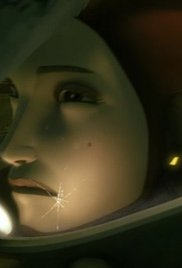 -- Crowns are inherited, kingdoms are earned.

One of the more notable things about this arc of stories is how un-notable the names of the episodes are, and "Prisoners" is no exception. They're like not being able to think of a better name for your dog than Dog. Titles aside, though, this was easily the best episode of the arc. Which, honestly, isn't saying a lot.

Spoiler alert!
Because, yeah, I don't think this arc can get anymore spoiled than it manages on its own. Even though this episode is stronger, it still only rises to the cliche, especially in the final showdown between Prince Lee-Char and Riff Tamson. Tamson announces to the prince, "I killed your father!" and, of course, Lee-Char follows that up by killing Tamson, somewhat inexplicably suddenly finding some fighting skills which were completely nonexistent in the previous two episodes.

Oh, and he blows Tamson up. Yeah, it was kind of gross. And fitting because Tamson blew up several Mon Cala just moments before. Which was also gross. Seriously, it's one thing when they're blowing up droids, but it's something else entirely when they start blowing up organic beings.

The most significant bit of the episode was the revelation that Gungan's have magic adhesive spit. I think they should have named the episode after it: "Gungan Magic Spit." It would have been more interesting than "Prisoners." But, yeah, evidently Gungans have some kind of gooey spit capable of stopping air leaks. Unless it was just Jar Jar alone who can do that. At any rate, it's a bit like growing up with the original Star Trek series then walking in on the first episode of Next Generation just in time to see the saucer separate from the rest of the Enterprise. The best I could come up with was, "Really?" and to leave the room. Yeah, I'm not a fan of tossing something like in then saying, "Oh, yeah, it could always do that."

I'm really hoping this is the low point of season four. This arc is certainly, so far, the low point of the whole series. I don't remember, from my previous viewing, anything worse but, then, I didn't really remember this arc. For good reason.
Posted by Andrew Leon at 12:00 AM