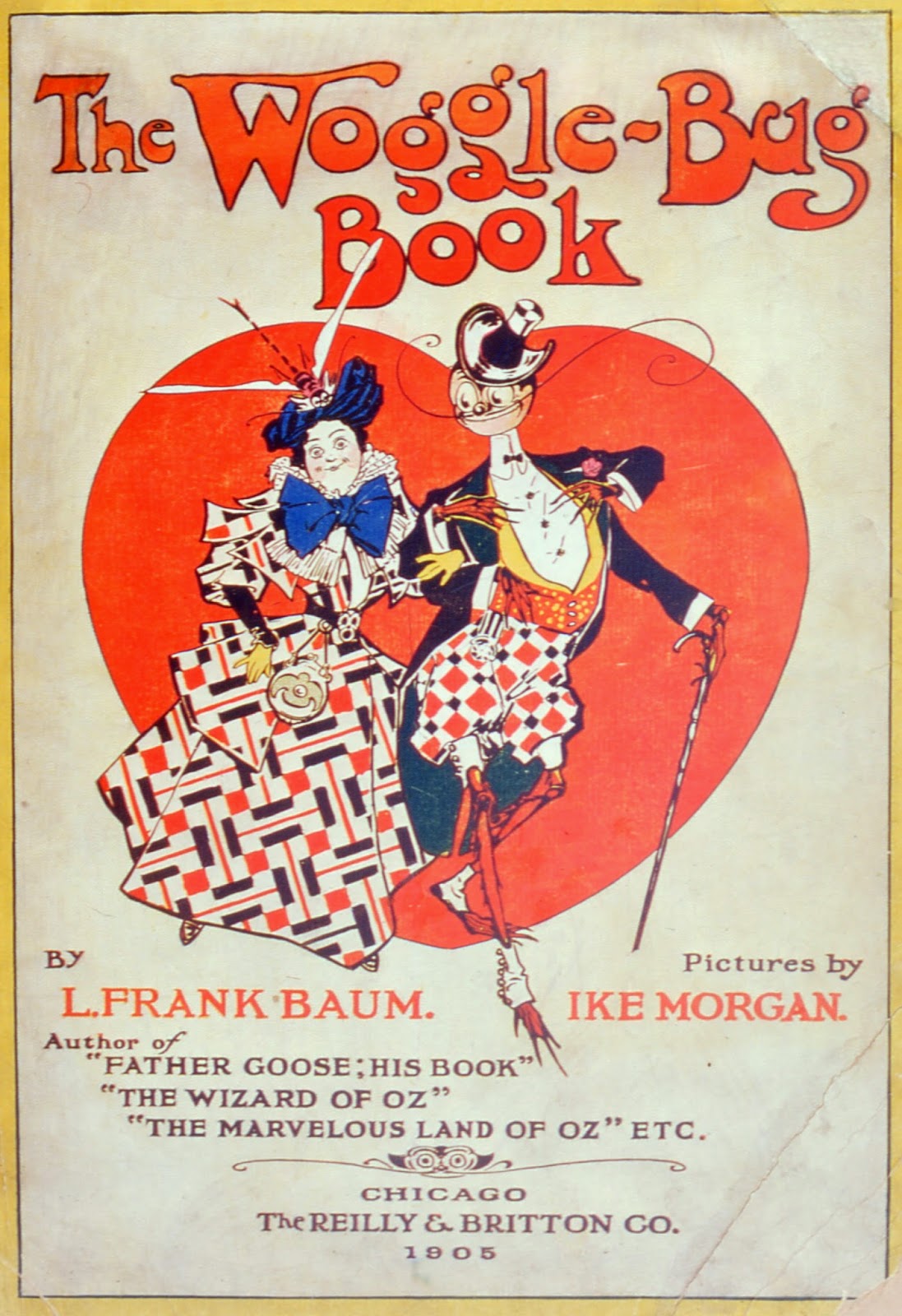 The Woggle-Bug Book is not precisely part of the Oz books as it doesn't take place in Oz or really have anything to do with Oz other than the Woggle Bug. Actually, the book is adapted from the musical adaptation of the second Oz book, The Marvelous Land of Oz. Well, loosely adapted. The Woggle Bug is a supporting character in Marvelous Land, but it sounds like much of the plot of the musical is related specifically to the Woggle Bug and his love for a dress, which is what the book is about except set in New York. Maybe. Some American city, at any rate.

So, yes, the book is about how the Woggle Bug falls in love with a dress. He sees it on a department store mannequin and is taken in by its colors, but he can't distinguish it from the person who is wearing it, so the whole plot revolves around him chasing after the various possessors of the dress. And smashing hats. The premise is, in all actuality, entirely amusing.

However, the execution is lacking, especially by today's standards, considering that the book is filled with racial caricatures. I'm sure those things were amusing in their time, but it was a time when Blackface was considered a high form of entertainment. Needless to say, by today's standards, the stereotypes are, at the least, insulting.

I don't really understand the need to set the book in the real world for any other reason than to include those characters. Baum still felt the need to have the Woggle Bug encounter a bunch of talking animals, so it seems to me the book would have worked just fine in Oz. Except that it was done as a child's picture book, not a novel, so, maybe, they thought the book would work better in a familiar setting. It was more than a century ago, so it's hard to say. It doesn't translate well to modern day, though, because of the racial issues.

However, that probably makes the book ripe for a modern interpretation because, as I said, the premise is really very funny and put the Woggle Bug's life in jeopardy on more than one occasion. I wouldn't suggest the original for more than die-hard Oz fans.

And, now, for something I've never done before: a review of the specific edition I purchased.
I picked up a free edition of The Woggle-Bug Book for my Kindle, and it was definitely an example of getting what you paid for. The person responsible for the adaptation did a piss poor job of it. For one thing, the original book had illustrations; evidently, those illustrations had captions. The captions were included in the narrative text of the book wherever they happened to fall, which was quite jarring. The book is in past tense, but the captions are in present, so you'd suddenly get this present tense summary of the current action of the book. Also, the book, especially toward the end, is full of typos. It was very apparent that not much time or attention was given to making the book presentable. I would certainly not recommend this edition of the book to anyone, even for the low, low price of FREE.
Posted by Andrew Leon at 12:00 AM