Halloween is a time we celebrate scary things... Wait. Is "celebrate" the right word there? Does anyone celebrate scary? Hmm... Okay, yeah, they do. The gravedigger down the street and his family certainly celebrate the scary. True story.

In honor of the "scariest" day of the year, we at Indie Writers Monthly have put together an all scare issue. Okay, well, it's not all scare, because some of it's about how to write scary things, and that part isn't all that scary. And it wasn't really "we," either, because we had a contest for scary micro-fiction, so a lot of the stories were written by them. In fact, I didn't even write one. I told my son to do it for me. The scary part was that I thought he was going to make me write it after all, because he sat and stared at the blank computer monitor for about six hours (don't worry; I'm pretty sure it's part of his process) then, just as I was about to send him to bed, he whipped out a story in about 20 minutes. Maybe 30. Of all the stories submitted, his freaked me out the most. Seriously. It caught me completely off guard and made me go "oh! ew!" Which is not to say that there aren't other freaky and scary stories in there, because there are.

So here's the October issue: 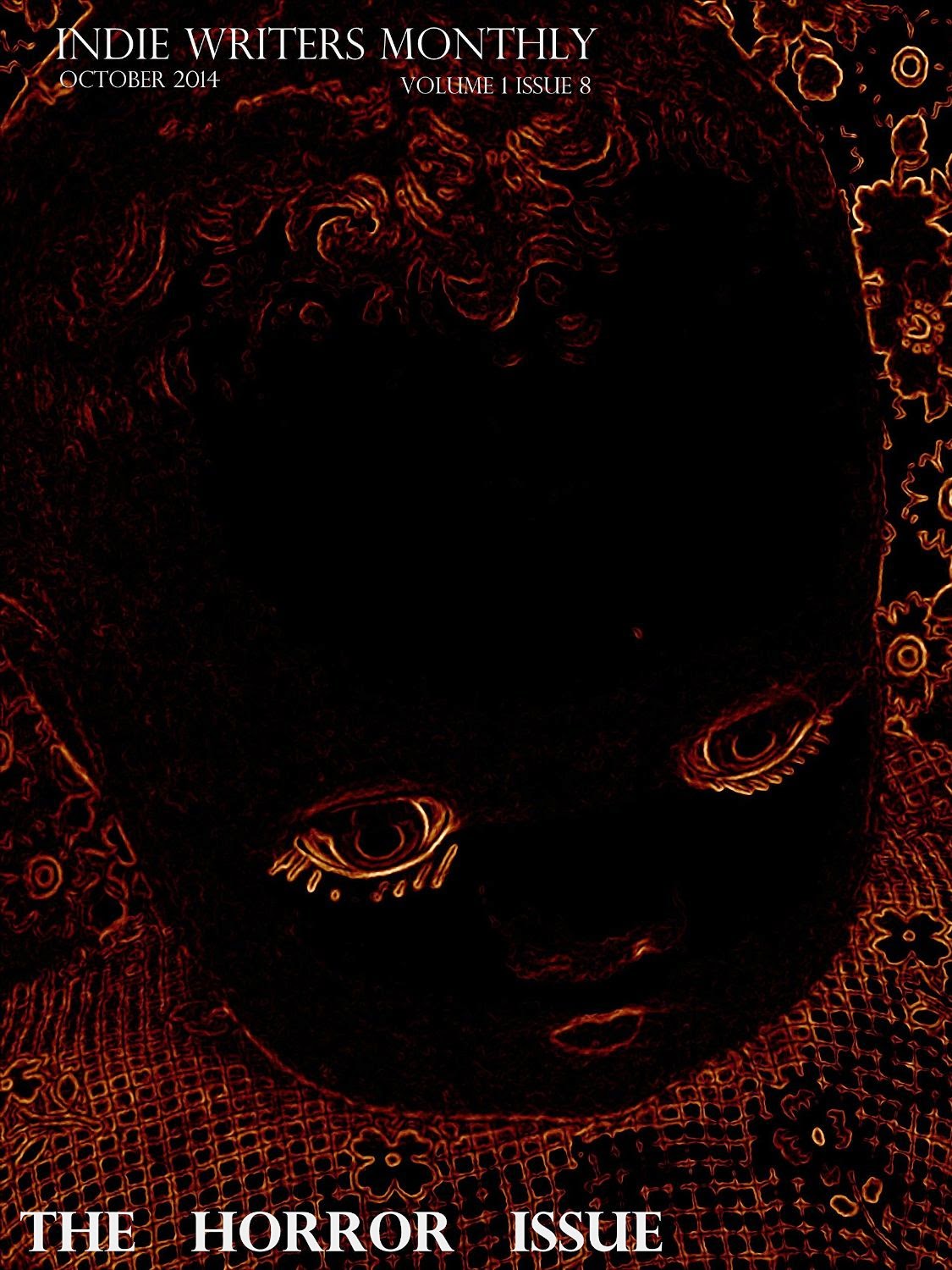 And you can pick it up here.

And just to give you a taste of what's inside, here's my son's story:

It was too warm to sleep. I struggled with the heat: the window was open, covers were off, but it just wasn’t cool enough. I tossed and turned, attempting to find a comfortable, cool spot to sleep.

I froze. A scuffing noise sounded outside my bedroom. I don’t know why, but I was paralyzed with fear.

I slowly pushed myself out of bed. As soon as my feet touched the floor, however, the boards squeaked. I stiffened again. In the silence, the noise continued.

I inched toward my light, determined to make no sound. Once the light clicked on, I saw nothing out of place.

I started to breathe a sigh of relief but quickly drew it back as I advanced toward the door. I still didn’t know what was out there.

As the door screeched open, I cringed. A part of the hallway that my room branched off of was revealed. I saw that the culprit of the sound was only a mouse.

I let the sigh escape my lips.

The mouse turned to face the wall and started scrambling up. I watched in horrid fascination as it clung to the ceiling then dropped into my gaping mouth. It struggled and squirmed down my throat.