Agents of S.H.I.E.L.D. (season one thoughts) 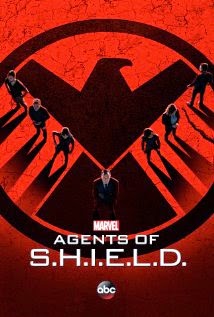 I know that most of you are way past season one of Agents of S.H.I.E.L.D. at this point (meaning you're watching season two), those of you that are watching at all, at any rate; however, since we have to wait till shows are out on DVD, we're only just now finishing up season one. But, since the DVDs did just recently come out, I suppose this is actually a decent time for a review of the season.

Basically, last year, when the show debuted, I heard a lot of whining about it. Yeah, I'm just going to call it whining, because it all had to do with misplaced expectations. People expected The Avengers on TV, but that's not what they got. No, what they got was something more along the line of Whedon's Dollhouse, another show people didn't have patience for and piled on misplaced expectations (because they were hoping for another Firefly). I'm just gonna say, when you're dealing with Joss Whedon, it's never a good idea to come into anything with expectations. I'm sure that the actual reason that Firefly failed was because Whedon fans (who mostly rejected Firefly at first) were expecting something more along the lines of Buffy and Angel. So did Fox, by the way, and marketed it as such, because that's where Whedon's fan base was at the time.

So SHIELD comes in as a slow build, because it kind of has to. It has to introduce us to a whole new cast of characters, which was something Avengers didn't have to do because Marvel had already done that with all of the individual movies. It was slow, but it was solid. My kids loved it from the first episode, including my daughter who has been known to just get up and walk out of the room if something isn't exciting enough to hold her attention.

The biggest issue with SHIELD is that it's greatest strength -- Clark Gregg as Agent Phil Coulson -- is also its biggest weakness. Gregg's Coulson is great as a side character, like he was in the movies. He's the unassuming guy on the fringes who occasionally delivers a very dry, witty line. But that Coulson is not the kind of character that can be the lead in a show. There's just not enough energy and charisma there. The only reason it worked at all is because, as the side character, we'd all come to love him from the movies and were suitably upset when he... well, you know. [I don't want to spoil it for anyone who may not have actually seen The Avengers, though I find that hard to imagine.] However, he's not the kind of guy we want to spend all of our time with. He's not commanding enough. I mean, it's fine to have Coulson along for the ride, but it's really Nick Fury or Captain America or Iron Man we want to be hanging out with.

The other real issue with the show is that Skye, the character who is supposed to be our "average Joe" window into the Marvel universe, isn't quite normal enough for us to connect with. Not in that way, at any rate. It doesn't take long to know that Skye really isn't a normal and, thus, our connection is lost, leaving Coulson as our only link, which would be okay if he wasn't the team leader.

Beyond that, though, the show is quite good. It has good dialogue and interesting characters. Even the characters who start out as those quintessential emotionless fighting machines turn out to have more to them than they seemed to at the beginning, but we have to work our way into them to find that out, as it should be. And, best for me, the show really doesn't have any one-offs. Even the episodes that seem to be one shots tie into the overall story. That it tied directly in with the events of Winter Soldier was also quite superb.

Other good things:
J. August Richards -- It's good to see him again, and I hope that the appearance of Deathlok heralds something more.
David Conrad -- I'd completely forgotten about him, but he's well cast as Ian Quinn.
(grudgingly) Bill Paxton -- I am not a fan of Paxton's, but he's done a great job as John Garrett. So good in fact... but that would be telling.
Saffron Burrows -- She did a great job making me not like her and hoping that Hand was... that would also be telling.

The final analysis is that we, all of us, really like the show. My kids love the show. I think it's great that they've centered the plot around the thing I was talking about in my Winter Soldier review, specifically the Nick Fury vs. SHIELD thing. I can't wait to see what's in store in season two... next year, after it's released on DVD.
>sigh<
Posted by Andrew Leon at 12:00 AM