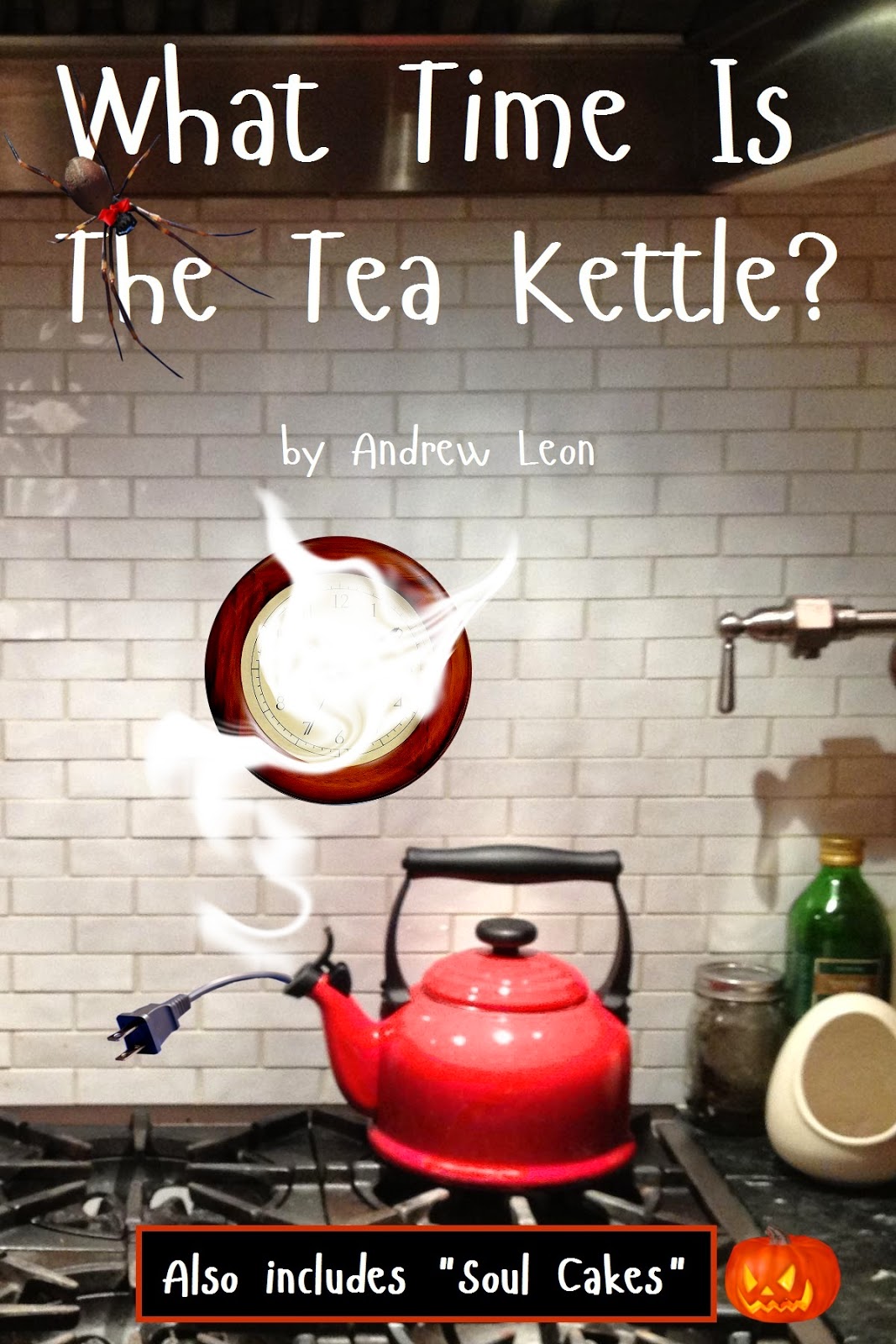 "What Time Is the Tea Kettle?"

So I'm not much into promotion, even self-promotion; however, when I have a new product out, I figure I ought to at least mention it. Speaking of which, my new thing is out! Actually, it's two things. Two novelettes about the same character and his cat. I posted an excerpt from it quite a while back on a different site, so I'll give you that same taste in a moment. I'd call this new story whimsical. Definitely offbeat.

Bryan Pedas, from A Beer for the Shower, put together the spectacular cover, and I think he captured the feel of the story pretty well. He called it "absurdist" rather in the same vein as Carroll's Wonderland. Did you know that there's no real category for that? Well, there's not.

Briane Pagel, who also got an early look, said it's "perfect."

And my students, who also got to hear the excerpt, can't wait to find out what happens to Jeffry and what's up with the tea kettle.

I'm just going to say it: If you've liked anything I've written, this is one you should read.

PLUS! Not only do you get "What Time Is the Tea Kettle?" but you also get "Soul Cakes"! A second novelette featuring Jeffry and his owner. That's two for the price of one! Seriously, go pick up your copy, read it, love it, and leave a review!

Just to help you on the way, here is a bit of "What Time Is the Tea Kettle?"


I sighed and raised the red tea kettle up to eye level, “But what do I do with you?” I yawned, shook my head, and set the tea pot back down on the stove. I'd figure it out later.
Posted by Andrew Leon at 12:00 AM