Aim for the Cat!

My boys have started up their very own blog. Sort of. Okay, well, yes, "they" have started a blog, but they started working on it... oh, I don't know, months and months ago. However, the older boy hasn't been able to be bothered with actually getting the thing going. Either he's not home or he's texting. Theoretically, they were supposed to make the whole thing live back during the school year, but that just didn't happen. I finally told my younger son that he needed to just start doing it if it was ever going to happen; waiting for his older brother to sit down and work up their first post together was never going to happen. So he did that. Their blog (or maybe just his?) is now live and his very first post is up. Remember my review of the new Transformers movie? Well, now you can get his take on it first hand.

All of that said so that you can click on

Aim for the Cat!
And, seriously, you should. Maybe, next week, they'll explain what that means. In truth, I have no idea what they have planned, so you should hop over and sign up for the ride.

Probably, they won't actually be aiming for any cats, although maybe I should start keeping a better eye on ours. 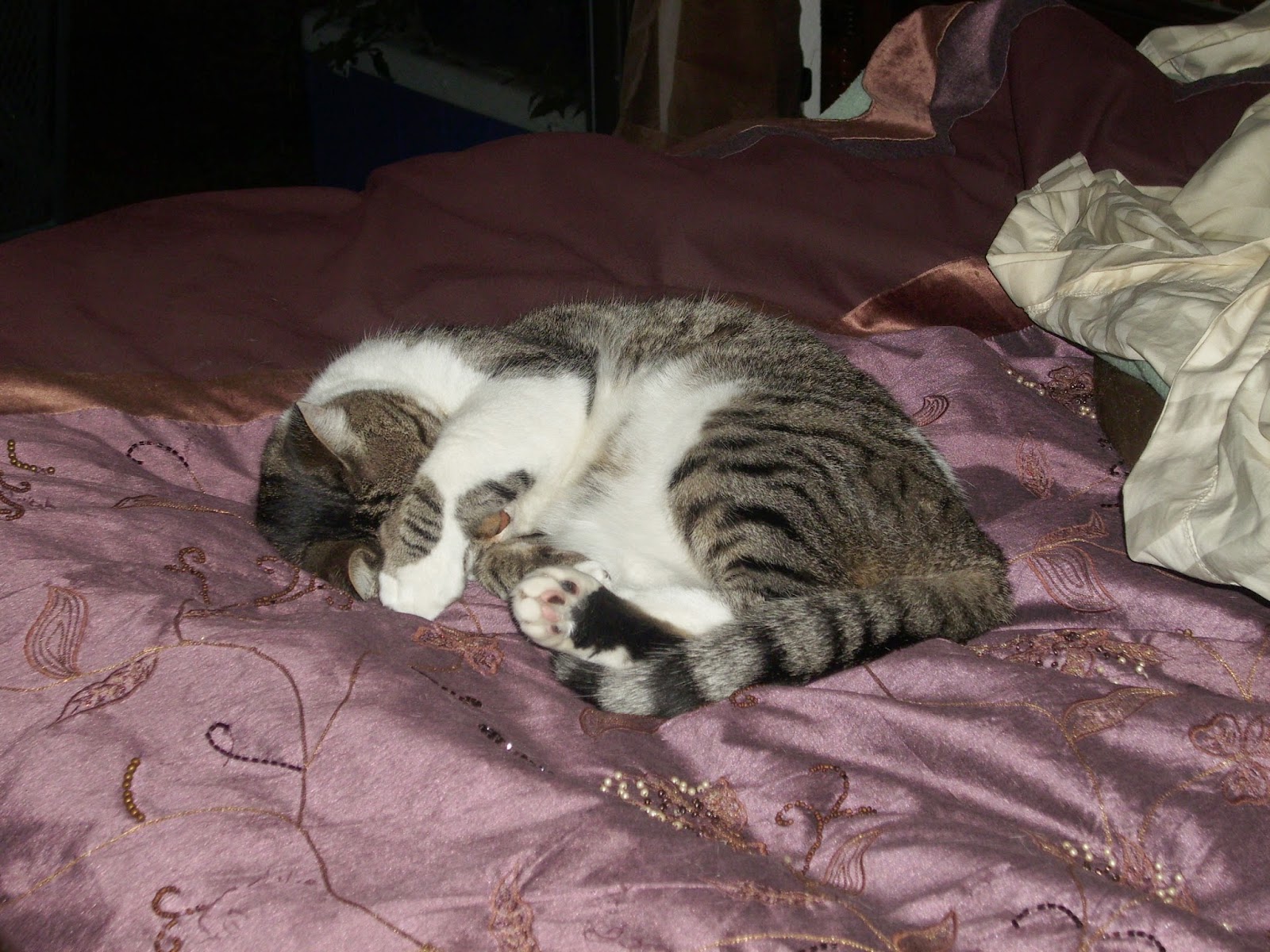 I think he's trying to hide?

Also, just to remind you, the July issue of Indie Writers Monthly is out. It has all kinds of good stuff in it including part six of my series "Lies Writers Tell... To Other Writers." For only $0.99, it's hard to beat.

But there's more!
For a limited time, the April issue is absolutely FREE! So you should definitely go pick that up. I mean, you can't actually beat FREE!
Posted by Andrew Leon at 2:44 PM