Musicals: It's All About Context 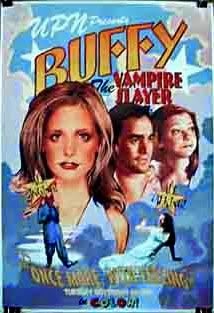 Let me begin by saying: Musicals have never really been my thing. When I was a kid and my mom was always wanting me to watch musicals, I just couldn't get into them. Let's just say that the idea of a crowd of people suddenly bursting into song and dance (as in Oklahoma!) just didn't fit into my reality. I mean, I'd never seen that happen in life, so why should I be expected to accept it in a movie?

Of course, Disney films, at least the animated ones I watched as a kid, were an exception. The break into song didn't seem out of place to me in an animated movie. And they usually didn't involve elaborate dance numbers, Mary Poppins being the exception, but there was enough animation and fantasy involved in that movie that I didn't have issues with it. However, when people think of "musicals," I don't think they tend to think of Disney movies, except, maybe, the aforementioned Mary Poppins.

All of that to say that I grew up with the idea about myself of "I don't like musicals," and it was an idea I held onto for quite a while. Which is not to say that, now, I like "musicals," but I certainly don't dislike something because it is a musical.

Interestingly enough, it was two unrelated musicals in 2001 that began to change my perspective.

The first was "Once More, With Feeling," an episode of Buffy the Vampire Slayer. Now, let me make it clear that the episode contained all of the things I'd always disliked about musicals: people, including crowds of people, spontaneously bursting into song and dance. However, Joss Whedon, who wrote all of it himself, gave it all a context, a reason for happening, and it was pretty brilliant. It was especially brilliant in that the characters, at first, were aware of what was going on but didn't know what was causing it. Not to mention that it had some great songs. I bought the soundtrack of the episode for my wife, and she carried it in her car with her for months.

The second was Moulin Rouge. Not only did it have music by U2, but it had Obi-Wan Kenobi... SINGING! How awesome is that? [And, yes, ever since Moulin Rouge, I have wanted Star Wars: the Musical.] And, again, they put the singing and dancing in a context I could take, that of writing a musical. And, well, some of the numbers are just amazing. And hilarious. If you haven't seen the "Like a Virgin" scene, you are completely missing out. However, I'm going to share one of Ewan McGregor's songs (you can look up the "Like a Virgin" number on your own time):

To make what could be a longer story shorter, the lessen here is that you shouldn't dismiss an entire genre, any genre (even romance), as being something you "just don't like," because there is always the room that there are pieces of that genre that you could like. It's like when my oldest boy was six and tried to maintain that he didn't like cheese... while preferring cheese pizza and being a constant eater of cheeseburgers. Later, much later, it was, "I only like Gouda," but that was wrong, too.

Within the last couple of years, we've begun showing our kids musicals. Partly, this was prompted by the fact that my oldest son has now been in a few (right now, he's performing in Les Miserables) and my younger son has actually been in a couple himself. Partly, it was prompted by my wife's love of musicals. They all loved Moulin Rouge; only my wife likes Oklahoma! Other favorites have been Mary Poppins and The Sound of Music.

Basically, don't get trapped within ideas of yourself. We all get tempted to do that because those things help us define who we are. However, when we lock ourselves into those things and refuse to step outside of those boxes, we tend to become smaller and smaller people. Our views fail to expand and grow, and we can't even look at things that don't fall within the narrow confines of who we think we are. It's time, now and always, to look outside the box. Musical or not.
Posted by Andrew Leon at 12:00 AM