The Things People Make (a Fair post) and a Judgement

I'm a fairly crafty person. I mean that in that I enjoy craft-type activities, not that I'm all plotty and crafty like a fox or anything. And, yes, I know the phrase is "crazy like a fox," but it's the same kind of thing. Anyway, for a long time at my kids' school, I was kind of known as the crafty guy and, when working in their classes, teachers always wanted me to lead the craft projects. Now, I'm known as the writer guy and people have mostly forgotten about all of the craft project stuff. But, well, you can see that I gravitate toward artistic expression because of my "crafty" tab up at the top of the page there.

All of that to say that I enjoy seeing the kinds of things people build and make. Seeing where imagination can take someone. Actually, that's one of the reasons I really like getting these Imagination Room stories, like the one by Bryan Pedas, "Like An Axe Through Bone," that's at the end of "Shadow Spinner: Collection 1: Tiberius (Parts 1-5);" I like seeing the places I haven't thought of that can come from something I initially envisioned.

But I digress (even if you should go buy Collection 1 (and review it))... The Fair is always full of all kinds of cool things that people have made, so I thought I'd show off a few of the ones I like best from this year. 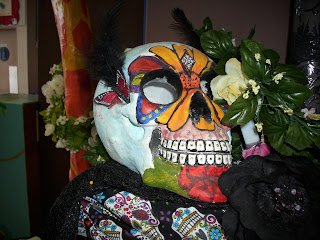 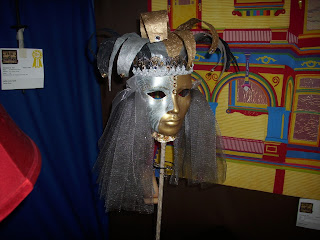 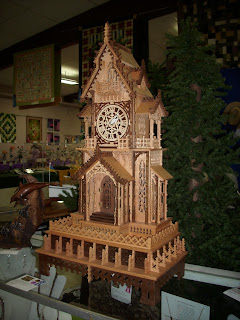 If you look behind the clock on the left, you will also see an impressive hand-carved dolphin sculpture.
And, now, for some cakes! There were actually more cakes than I felt like taking pictures of, but I did get pictures of the ones I think were most impressive. 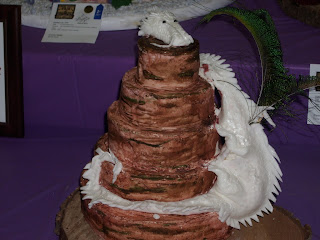 The dragon only got 2nd place. 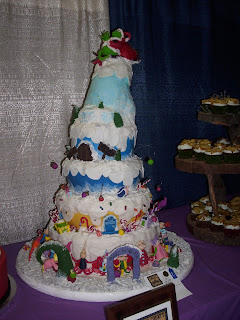 To this, which is awesome. 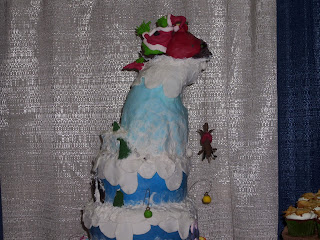 And, look even Max! 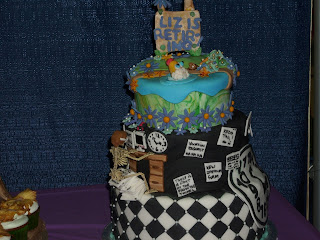 A few other cool things: 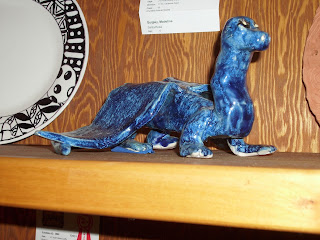 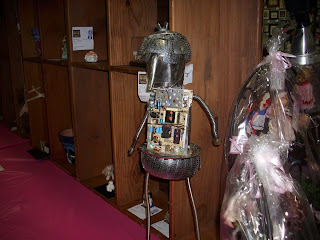 There were also tons of cool paintings, sketches, and photographs, but I didn't take pictures of that stuff.

Also, today: "Part Thirty: Called in Judgement"! Yes, the big 3-0, and it's FREE! today (Monday, September 2 and tomorrow (Tuesday, September 3)! And don't forget, "Shadow Spinner: Collection 1: Tiberius (Parts 1-5)" is also available for the low, low price of only $1.99!
Here's the complete list of today's FREE! offerings:
"Part Thirty: Called in Judgement"
"Part Twenty-nine: Loss"
"Part Twenty-eight: The Shadow Place"
"Part Twenty-seven: Leaving"
"Part Twenty-two: The Undying"
"Part Twenty-one: The Chase"
"Part Twenty: The Sword of Fire"
"Part Nineteen: Lost in the Garden"
"Part Sixteen: The Dark Tree"
"Part Fifteen: Food of the Garden"
"Part Fourteen: Anger and Laughter"
"Part Thirteen: The Clearing"
"Part Nine: The Shadow of the Tree"
"Part Eight: The Cold and The Dark"
"Part Seven: The Moth and the Shadow"
That's 15 of the 30 parts for FREE! this week, which is, actually, more than half of the available parts since the first five have been collected. We're getting close to the end! Don't miss out!
Posted by Andrew Leon at 11:42 PM