The Serial Bowl Is Empty

Well... here we are at the bottom of the bowl. One bite left and some milk to sip from the bottom.

This whole thing has kind of reminded me of when I was a kid. Every once in a while, we would just have cereal for dinner. It wasn't one of those kinds of things where my mom would just decide not to cook and we just ate whatever we wanted; it was an actual, declared cereal night. Yeah, it seems kind of weird to me, now, too, so I can only imagine those happened because my mom or, possibly, my dad wanted the cereal. Specifically. Like, "I want cereal tonight." Anyway...

When we had cereal nights, my dad always used one of the great, giant salad bowls to have his cereal in. All the rest of us would be using normal bowls, but there would be my dad with this huge bowl that was bigger than all of the other bowls combined. He'd pour in, like, half a box of cereal and something like a quart of milk. Maybe, it was closer to half a gallon? I don't really know. I think I'd probably have to experiment by making a bowl that big, but I'm quite sure I wouldn't be able to eat all of it.

And I could never believe that my dad could eat that much either. It was so much cereal! But he did always eat all of it. Amazingly. It was rather... impressive. At least it was to me when I was eight.

At any rate, the Shadow Spinner serialization has been more than a bit like one of those giant bowls of cereal, and being here at the last chapter is somewhat reminiscent of watching my dad take that last bite and, then, tilting the bowl back and drinking the last of the milk with whatever crumbs were left behind. 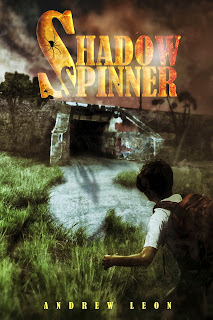 Not that I haven't given my thoughts previously on the whole serial experience, I figured, now that it's actually over, I should probably sum it up or give final thoughts or... something, so here are some final thoughts (but, really, if you want it all broken out by points and stuff, go back and read that other post):

I think one of the things we're going to be seeing as we transition away from traditional publishing (and, yes, we are transitioning away from it, at least as it is in its current iteration) is more shorter works and more frequent publications. Rather than indie authors writing full-blown novels, we'll see series of novelettes and novellas. Sure, there will still be the occasional epic fantasy piece, and long, literary pieces will probably continue as they are for quite a while (they are the most resistant to change), but I think we're moving toward things that people can sit down and finish in a sitting or two. People just like that.

And, no, I have no data to back that up. It's just my feeling of how things are going. I could be wrong, but I don't think I am. This will continue our move, culturally, away from physical books, because the expense of printing tiny 20-30,000 word pre-novels will just be too high.

Personally, I've been pretty happy with the experience. It's a lot of work releasing a book chapter by chapter, especially when if you devote a significant amount of time to author's notes the way I do, but I think it was worth it. I know that I brought in a lot of readers and made many connections that I never would have if I had only released Spinner as a single book.

Yes, I have another serialization some time in the future. But that's the future...

For now, here's the last part of Shadow Spinner along with the list of all of today's FREE! offerings.
"Part Thirty-four: Uri'el" (also FREE! tomorrow, Tuesday, October 1)
"Part Thirty-three: Justice"
"Part Thirty-two: The Gate"
"Part Thirty-one: The Serpent Strikes"
"Part Twenty-four: The Serpent"
"Part Twenty-three: The Harlot"
"Part Eighteen: The Angel"
"Part Seventeen: The Tree of Light"
"Part Sixteen: The Dark Tree"
And that's that. Nine FREE! parts today, which, granted, is not as many as on some days, but, well, I've used up all of my free days for a while. Still... Look for something special coming up round about Halloween. No, I mean it. Something special and not just from me. But that's all you're getting out of me for the moment about that.

For those of you that have been following along with Tib's adventures, I hope this brings this (first) story to a satisfactory conclusion. I'm not saying there will be another story about Tiberius, but there could be. One day. Maybe. Mostly, I'm toying with the idea of the origins of Michael and Edward; I'm just not sure I'll have time to get them down on "paper."
Posted by Andrew Leon at 9:32 PM