How To Be... a Fighter Pilot

The dad of my best friends when I was a kid was in the Air Force. Every so often, I would get to go to the base with them, the base being Barksdale Air Force Base. It was the coolest place. Except for one thing: no fighter planes. Oh, there were some, but Barksdale was a bomber base, so, mostly, it was full of B-52's. I never did get to go in one, but, man, are they big. I don't know if this is still the case, but, in the 80s, Barksdale had the largest strategic bombing force in the nation and, at need, could "bomb Russia" without the need for refueling. It was great, because it made Barksdale in the top 3 on "Russia's" nuke list. But I digress...

As cool as the bombers were, they were never what we were interested in. My friends (3 brothers (and a sister)) had books and books about fighters, and that's what we wanted to fly. My favorite was, and has always been, the F-16. To put it in Star Wars terms, the F-16 would be the A-wing, as it was designed out of a need to have better air-to-air fighters. Basically, it was a plane designed around dog fighting. The things can pull 9-g maneuvers! Let me just say that when everyone was busy being enamored of the F-14, a Y-wing at best, after Top Gun came out, I was never dissuaded from my love of the F-16, the far superior plane (as attested to by the fact that the F-16 is still in production and the F-14 is not). But I still digress... 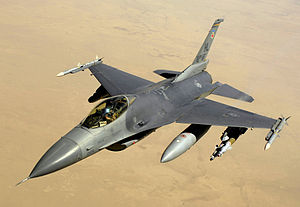 Although I never wanted to be a fighter pilot, every boy wants to be a fighter pilot. I mean, how cool is that? Unfortunately, it's not the kind of career you can just decide to do and spend your life working toward it. There are physical limitations on the job. Like basketball but in reverse. Yes, there really is a height limit to being a fighter pilot. For the Air Force, that's 77 inches (6'5"). I suppose, above that, there's no way you're cramming yourself into one of those cockpits. There's also a height minimum: 64 inches, along with a sitting height requirement! Between 33 and 40 inches. How many of you have ever thought about how tall you are while sitting? Yeah, that's what I thought. Me, either. So it's not just about height but about body proportion, which is pretty specific.

And we haven't even gotten to the part about the vision yet! Vision requirements are somewhat easier to meet these days. When I was in high school, you had to have at least 20/20 uncorrected vision. Now, as long as it can be corrected to 20/20 vision, you can have vision as low as 20/70. See, my vision, which is in the 20/30-40 range, was the only thing that kept me from accepting an invitation to the Air Force Academy after high school. I'm not a good fit for the military because of that lack of respect for authority thing I have going, that and my tendency to use that word which is the bane of parents everywhere: "Why?" However, I would have gone if it had meant a chance to fly fighters. It's all just as well, I suppose.

But why was the Air Force Academy after me to begin with? Test scores. Even though I never applied there or anything. And I'm not talking flyers in the mail kind of stuff, either, although they did send me stuff in the mail. And call me. A lot. And even sent someone to my house to talk to me. So, yeah, you have to be smart. Although, after looking at their requirements on the their website, the current academic requirements don't seem that stringent. At any rate, you have to have pretty high scores to get into the Academy, and you have to have even higher scores to be considered for flying.

And then there are all the physical shape requirements...

So, then, how do you get to be a fighter pilot?
1. Don't be too tall.
2. Don't be too short.
3. Have the right length torso.
4. Have good vision.
5. Be smart or study hard enough to seem like you're really smart,
6. Be in excellent physical condition.
One you've taken care of those basics, you might get the shot at being a fighter pilot.
Posted by Andrew Leon at 12:20 AM