I am not a user of the word "Zen." Ever. Seriously, I don't think I've ever once used it in everyday speech, and I tend to ignore people when they say something like, "That is so Zen." Why? Because I don't really know what it means, but not just that--no one seems to know what it means. It's always just been this kind of ambiguous term that people throw out every once  in a while... to sound cool, I guess. It's one of those terms that people will tell you, "If you don't get it, man, you just can't get it." But what they really mean is that they don't really know what it means, either; there are just special circumstances they feel warrant the use of the word.

Wikipedia seems to agree with me on that. They call the term "vague."

And, see, here I am, right now (as I write this, not as you read this, although I might be), drinking a cup of Tazo zen tea, which I just discovered a couple of weeks ago. Bet you didn't know your tea could be all Zen, did you?

The real issue with all of this is that there is no one Zen discipline. Zen Buddhism began something like 1500 years ago in China and has been continually changing since then, not to mention spreading. First to Vietnam, then to Korea, and, finally, to Japan, but it took it 700 years before it was its own discipline there, and Japan has been the biggest influence of Zen on the West. But the forms of Zen in Japan aren't the same as they are in China or Korea or Vietnam or, even, in Japan, since they have three different schools of Zen in Japan: Soto, Rinzai, and Obaku. All of these variations cause confusion about what it means to be "Zen." At least, it causes confusion over any definitive meaning of the word.

With over 1500 years of teaching, there aren't even any central or essential Zen teachings. No doctrines to point to. Each different form has its own ideas.

And none of this even deals with what we've done with the idea here in the West. Because, here, we've reduced it to someone (anyone) who demonstrates "detachment and control in stressful situations." If you have a cool head, you're "Zen," and, if you do it often enough, people might call you a "Zen master." And, hey, you never even have to try Buddhism. Which says nothing of the fact that sometimes it's just applied to "spiritual" people (often by themselves) to make them sound better.

No wonder I've never used it.

What it all comes down to, though, is that there are many, various, diverse, and sundry ways to become a Zen Master. 1500 years of many, various, diverse, and sundry ways. Just decide which Buddhist discipline you want to follow to get there. Or there's the American way which is to not bother with Buddhism at all and decide to just not get worked up over anything. Hmm... I'm beginning to see the relation, I guess, between being Zen and pot smoking (except for the part where I've never smoked pot).

Note:
Make sure to come back tomorrow to discover what all of this has been about in my final "How To Be..." installment. Yeah, all of these posts have a point. Or have been leading to a point. A point that, perhaps, this post more than any other exemplifies best. 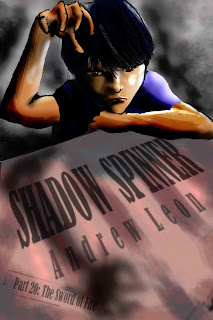