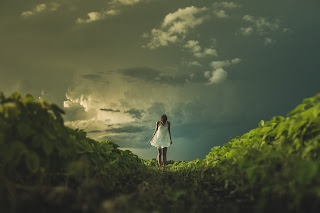 It's spring break here.
Saying that, though, I'm not sure if it has any meaning left.

Let's look at it like this:
You have some "typical" corporate job, and it's a drag, and you have vacation time so you decide to use it. You go to your boss and tell the management asshole that you want to use some of your vacation days to take a week off of work. Your boss gives you that "boss" look and says, "Sure, that's fine. You can skip coming into work next week but, while you're at home, I want you to work on a couple of special projects and bring them back to me complete after your vacation."

"Well, you better just plan to take them with you, then. And make sure you do a good job. Your next raise will depend on it."

What do you do, right? All you want is some time off, a vacation, but you're given even more work to do and there's no real way to get out of it even if it's wrong and, if that kind of thing actually happened to someone, probably illegal.

I don't actually know if that kind of thing happens or not, but I do know that the United States has more unused vacation days than any other country in the world. Why? Fear.
People are scared to use their time off because they worry that taking the time off will reflect poorly on them... in some way or other.
Which is not the point of this post.

It's spring break here.
Spring break is like vacation for kids. Or that's the idea, right? They're kids, and they need a break from school every once in a while. A vacation.
I remember when it was like that. When I was a kid, it was like that. School was out, and there was nothing to worry about for a solid week. Unless you were one of those kids who had put off normal school work and had to use spring break to catch up on that work, but, then, that was on you.

I remember the first time I got a significant assignment over break. It was over summer break between middle school and high school, and I was assigned books to read over summer break. Three or four of them. One of the books assigned was a book I already loved, and I never minded reading assignments; still, I remember feeling like it wasn't okay for them to do that. BUT! I excused it because I was going to be going to a different kind of high school... It was one of the first magnet schools in the country, not that you can turn around anymore without bumping into some kind of magnet or charter school, but, at the time, it was still this kind of experiment, and we didn't know the kinds of changes it would bring... like homework during summer breaks.

And, damn, my daughter is on spring break, and she has a shit-ton of homework. Her English teacher assigned a major project which is due on Monday after break. No, this is not one of those things where my daughter put it off and, now, has to do it over spring break (she never does that); the teacher scheduled a test for the Friday before break, then took 20 minutes of their test-taking time to explain their 200 point spring break assignment. That's just bullshit.

And she has a buttload of chemistry homework. Her teacher assigned them, basically, a homework assignment for each day of break, including the two weekends, as if they were still going to be in school. My daughter already spends two to three hours a night doing chemistry homework, so she's going to be spending that same time on chemistry over her vacation, too.

Not mention that she got homework in history and Spanish, also. Including watching a movie for history class that most of the students will have to pay to rent, another thing I don't find to be okay.

Oh! And she has softball practice and a game during spring break, too.

My daughter already spends basically all of her time being stressed about school and had been looking forward to a little time off from that; now, she gets to spend all of spring break being even more stressed about school. Why? Because we actually planned (months ago) a small trip during break, the first time we've done that in something like four years (and only the second time we've ever done it), and, now, my daughter has to balance the trip against all of the fucking schoolwork she has to do.

Not that I blame the teachers. Not exactly. They're just part of a system that no longer works, as has become abundantly clear in the news in the last couple of weeks (and, yes, it's all related), and doing the best they can, which includes burying their students in homework and waiting to see who can rise above it all.

No, I don't have any ideas on how to fix it.
Yeah, I'm lying, but what does it matter if I have ideas about what's wrong with the education system in our country? I'm sure you have ideas, too, and those ideas are probably not the same ideas.
Mine are just better. 😏
[Oh, look! My first post emoji!]
So, no, I don't have ideas on how to fix it; I'm just pointing out an issue. Bringing it up. Not that I expect anything to come of bringing it up; sometimes, you just want to put it out there.
Of course, this isn't the first time I've brought up the crushing amount of homework my kids get, and it probably won't be the last time, either.
Posted by Andrew Leon at 12:00 AM