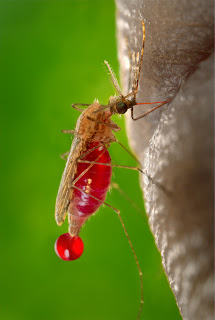 Let's talk about Toys R Us for a moment. This is one of those write-what-you-know moments; I know because I used to work there. You know, before they ran themselves out of business.

One of the reasons they went out of business was their... let's just call it their fear of being taken advantage of. As such, they had very draconian return policies and spent huge amounts of time being obsessed with "shrink," which is to say theft, especially employee theft.

I was reminded of this general atmosphere, recently, in dealing with eBay. As I've mentioned before, I've been selling off old collectibles of mine on eBay. Not because I want to use eBay or love eBay or because of any liking of eBay but because they are the best parasite for the job. Sort of like eating a tape worm before going to certain countries. You don't want to swallow the tape worm, but you do it because you don't want worse things to happen.

In this case the worse thing being my garage door exploding because there's too much stuff in my garage.

In theory, eBay is a platform designed to facilitate... I don't know... selling stuff to other people. Not just tangible items, though, so it's not as simple as just selling off your beanie babies (the most popular item on eBay for years after it started). And, you know, it did start out that way. It was even a free service for a while, until the traffic on the site became too heavy for the creator to pay the fees for the upkeep without charging people for using the site.

But that was 20+ years ago. These days, eBay is violently afraid of anyone selling anything without them getting a cut of it. You know, because they deserve it in some way. On site communications cannot include any type of contact information because, you know, you might be trying to solicit sales outside of eBay and that is strictly forbidden. And nothing in an auction post can even hint at requesting communication from a potential buyer, because that could also be a solicitation for selling off of eBay. Not mention the fact that they are now auto-relisting auction posts and charging you for it and not giving you an option to not choose that.

They have become the epitome of a parasitic service that exists to suck as much money out of its users as possible while giving back as little value as possible. Let me put it another way:
I started using eBay back in the 90s, so I've been there a long time. In the time since I started using them, they have not increased the value of their "service." That's pretty much the same as it always has been; however, the cost of using the "service" has increased dramatically: Their listing fees, for example, are seven times higher now than when I first started using the site, not to mention all of the other fees that didn't even exist 20 years ago. Back in the day, it was perfectly fine for me to direct attention to my own website, so eBay could actually be used as a marketing tool (which was cool); these days, I can't even exchange an email address in private communication.

I could go on, but I'm sure you get the idea.

To say that I have been annoyed by all of this would be an understatement. But it did start me thinking about the general tendencies of "platforms" to become parasites. Lyft, Uber, Airbnb, all platforms that started out as a cool idea with the idea in mind to help people, just like eBay, until someone, often not the creator, realized they could make a lot of money from it without really doing anything. Just hang on like a tick and get fat. [I wanted to use a picture of a tick for this post, but the one of the mosquito being so full of blood that it was dripping out was too gross to pass up.]

Then it occurred to me that this is the same thing that Trump (#fakepresident) is doing to the United States, right now, turning it into one big tick to feed him and his cronies. Not that this has not being going on, especially among Republicans, for a long time, but Trump (#fakepresident) has been going about removing any pretense at all of giving any value back. Because, you know, the government is supposed to be symbiotic with the people (that would be us): by the people, of the people, for the people and all of that. Evidently, Trump (#fakepresident) believes that the only humans who count as people are rich, old, fat white guys. Which we already knew, but it's so blatant... so blatant... All you have to do is look at his proposed budget to know how little value he wants to return to "the people."

None of which has anything to do with where all this started out, but this is the way my brain works. Or something.
And you might be saying, "Well, don't use eBay, then." Or any service that acts as a parasite, but, really, it's not that easy. Or it is that easy as long as I'm okay with having all the stuff in my garage, because there is no real better option, and that's how they get you.

No, I don't have any solutions. I feel like this is all a big trap we've gotten ourselves into as a society, including insurance companies, which may have been the first big corporate parasites, companies that want to take in as much money as possible but do everything they can to avoid paying out. Or maybe it just all goes back to the elite, ruling class living on the backs of the serfs, and we're all just still serfs who haven't figured out a way to get out of that tyranny yet. At any rate, it's these kinds of thoughts that allow me to understand the growing hate of capitalism by the young.

No for profit government.
Or government employees who are only there to make themselves rich.

We've been living by the laws of greed for... a very long time. Maybe it's time to try altruism.
Posted by Andrew Leon at 12:00 AM