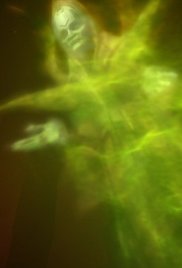 -- One must let go of the past to hold on to the future.

We return to the Nightsisters story line we last saw in episode 3.14, "Witches of the Mist." Asajj Ventress has been in hiding since her failed attempt on Count Dooku's life, but she is finally returning home to Dathomir to become a full Nightsister. Dooku, finally discovering the whereabouts of Ventress, seizes the moment to take his revenge upon her... by sending a full fleet to Dathomir with Grievous at the head of the army.

And that's really all you need to know about the episode other than that there are zombies.
And the zombies are gross.

But let me take this moment to highlight something we frequently see with bad guys: their thirst for revenge.

Dooku is in the middle of a war with the Republic. You'd think that would be the thing he would focus on most. I mean, it's a freaking WAR. But as soon as Ventress shows up, he goes after her. Let me point out that the Nightsisters are reclusive. They do not go out into the galaxy and get involved in what's going on out there. All of the problems that Dooku has had with Ventress and the Nightsisters are because HE went THERE and got involved in what they were doing, not because they came after him. That and he tried to have Ventress killed.

Basically, he diverted resources against someone who wasn't bothering him and had almost no chance of seeking him out to bother him or cause him any problems.

Because of a personal grudge.

Seriously, if you want to know who the bad guys are, just look around at the ones who stay focused on getting revenge against their enemies, even when their "enemies" aren't seeking to do them any harm. Like the Republicans who have been gnashing their teeth to get vengeance against Obama and who are now set to undo everything he accomplished while he was President. Not because it's for the good but because they hate him.

You can see how much they don't care about what is for the good as they begin to dismantle the Affordable Care Act while spewing their propaganda about how they aren't going to take away any of the coverage of the 20 million people who are now insured due to the ACA.

Now, the Nightsisters are not good guys, but it's time for those who oppose Trump to take to heart some advice from Mother Talzin: