How My First Novel Ended Up In The Trash 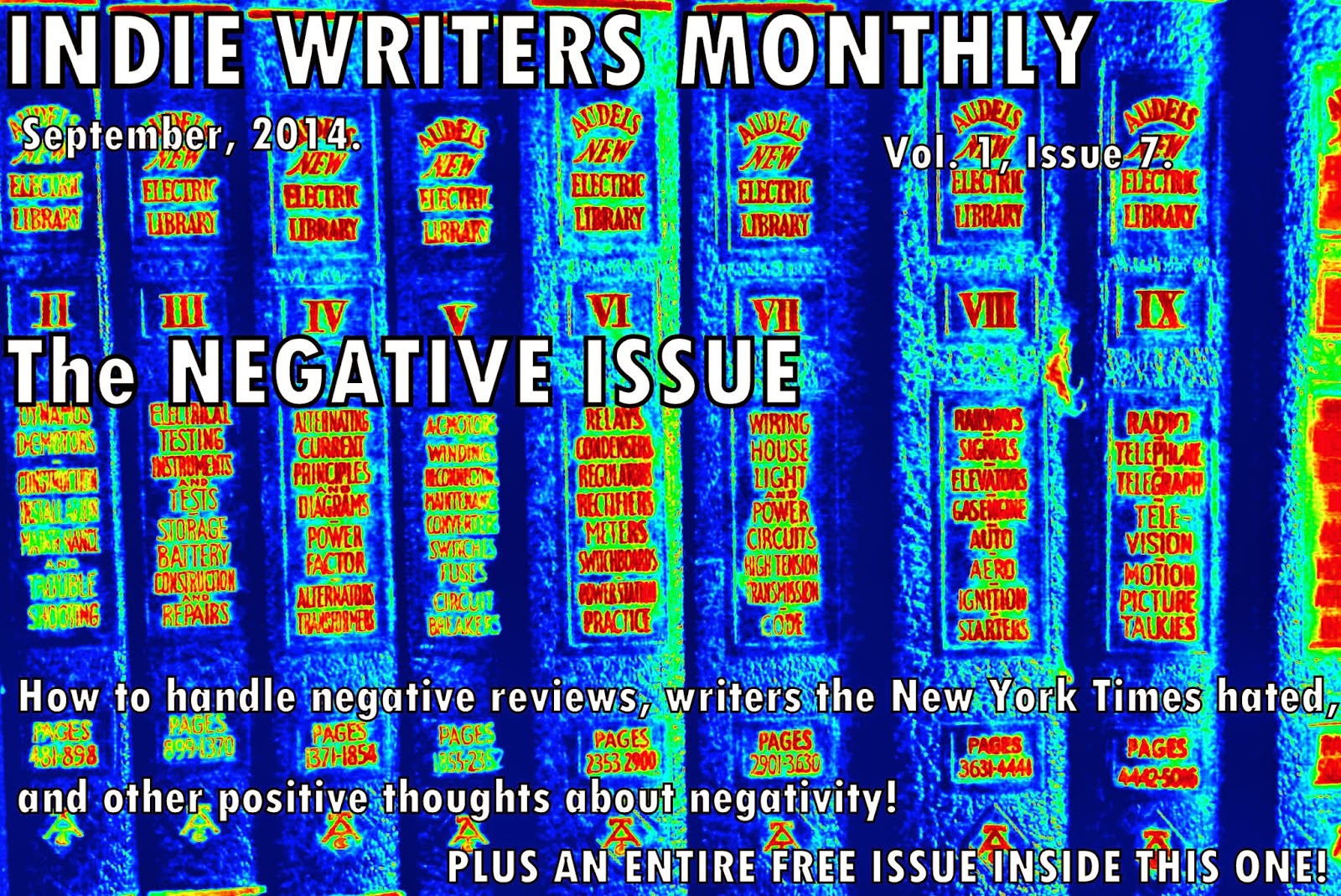 Considering that I have at least one post each week tied over to Indie Writers Monthly, I'm sure most of you realize that I write for that blog, too. There's a team of us over there and several posts a week, which may lead to the question: "Why is it called Indie Writers Monthly if there are weekly posts?" And that's, in that context, a very good question. One I'm not sure I've ever actually addressed here. I think Briane did over there, but I'm not sure how many of you follow along over there. Not many, based on the comments.

So why is it called Indie Writers Monthly?

Well, along with the blog, there is a monthly magazine. The magazine deals with various writing topics and, I think, is probably a pretty good resource for indie authors. Or, maybe, any authors. I mean, heck, I contribute to it, and I always have worthwhile stuff to say. Right? Right?
Hey! I don't hear you. I said, right?
Okay, that's better.
The September issue is out and is all about how to deal with negative reviews. In this issue I talk about my first ever novel and how a negative review prompted me to throw it in the trash (the novel, not the review), something I think all authors should avoid. I tell my creative writing students to never throw any of their writing away. Or delete it. There's always the potential for something to be useful later even if it's not working in the moment.

The issues are only $0.99, so you can get nearly all of them for less than a cuppa at Starbucks. I'd say that's a pretty good deal. Plus! The current issue also contains issue #1 as a FREE! extra, which is especially good, considering that the first issue is no longer available on its own.

To assist in your perusal, here are the links to each issue:
Issue 2 (April)
Issue 3 (May)
Issue 4 (June)
Issue 5 (July)
Issue 6 (August)
Issue 7 (September)
The Annual -- Contains 15 short stories about time travel. You should definitely give it a look.

The June issue not only contains an interview with me but my short story "The Day the Junebugs Came." Personally, I'd love for you to pick that one up and take a read through the story and, then, let me know what you think BY LEAVING A REVIEW.
And, hey, with this month's issue being about handling negative reviews, I'll know how to respond no matter what you think of the story, right? As I said, it's less than a buck, and you can probably read the issue on your lunch break.

Aside from all of that, we're also accepting submissions. If you have some bit of writing advice you think authors would benefit from, send it in. But it doesn't have to be writing advice; it could also be a short story. Or poetry. Or whatever. We're not too picky about what we'll look at. Which is not to say that we'll just print anything, because we won't, but we're (mostly) willing to look. Or Briane is. Someone is.

There you go, a whole, semi-new writing resource I bet you really didn't even know about. Pick up a copy today!
Posted by Andrew Leon at 12:00 AM