A Flock of Ill Omens (a book review post) 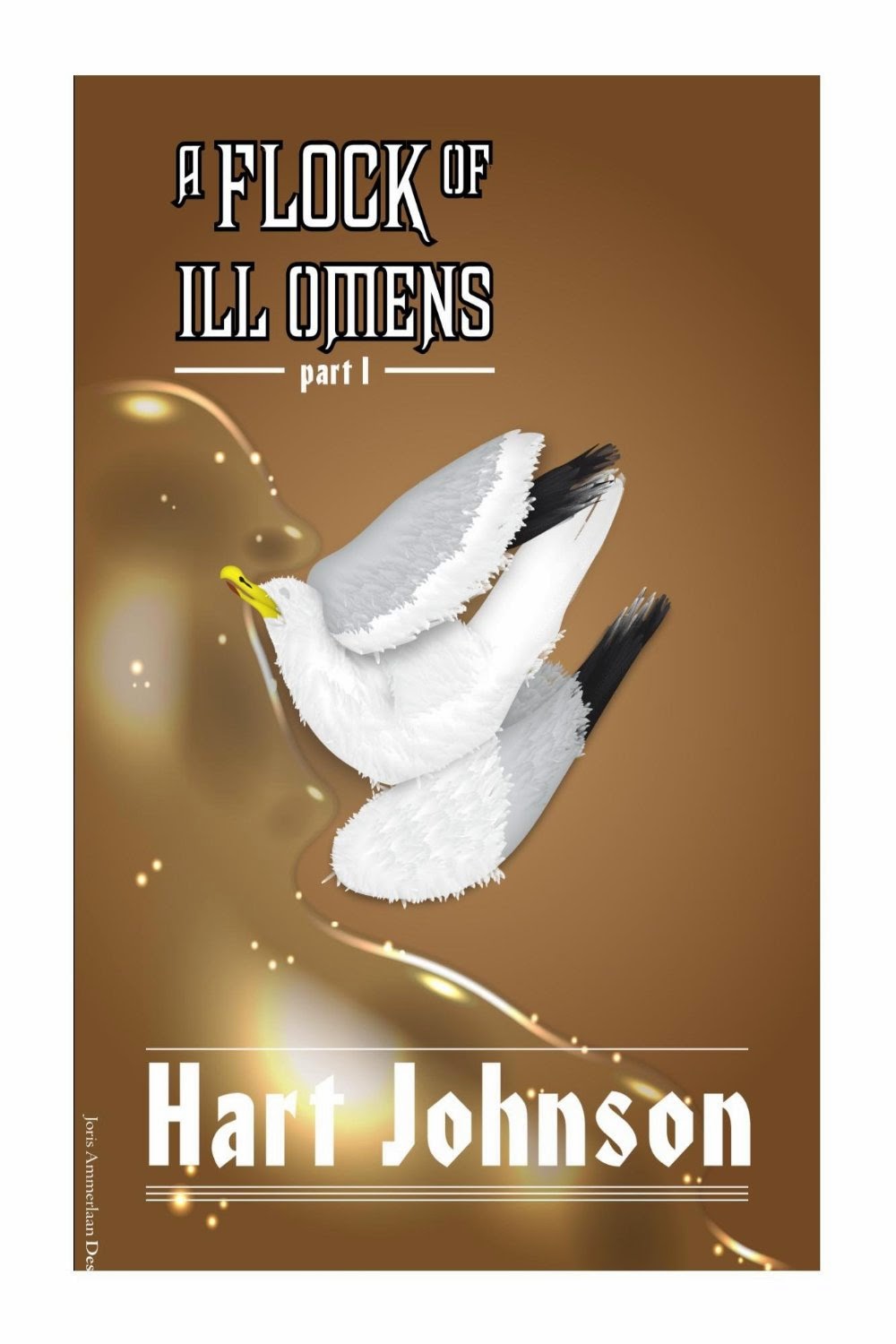 "A Flock of Ill Omens" is the first part of the 10-part serial release of A Shot in the Light. If you decide you want to try it, you should pick up the compilation of the first four parts of the series because it's the same price as part one all by itself.

Having done a serially released book myself, I have a soft spot for the idea of serials. I think they have a lot of potential. As a first part of a serial, I think this does its job adequately. In that, I mean it draws in the reader and makes him want to know what's going on. As in me.

However, with me, that's not all a positive. There are some things I just have questions about. Technical questions. As in, "Is this part of the story or did the author fail to do adequate research?" So, basically, I'm holding my breath and waiting to find out. It would be normal for things to not make sense at this stage in the book, so I'm reserving judgement on the things that have caused questions for me.

Oh, except for one thing, because I'm pretty sure it was a one-off. At one point, one of the characters wants to decontaminate a house. He's afraid of a bio-hazard (which could just be a flu virus), and he's trying to eliminate it. He opts to buy a bug bomb, the kind you can buy at the grocery store, under the assumption that it will kill all living things in the house, including viruses. Um... That's not how bug bombs work, and the character should have known that, considering his profession. I get that the bug bomb made for a convenient way to "zap" the house, but unless they've started making some that actually irradiate their immediate environment, a bug bomb's not going to do more than get rid of some roaches and fleas. Maybe a mouse or two. Maybe.

The writing is pretty fast paced, possibly a little faster paced than I'm actually comfortable with. Things frequently felt rushed to me while at the same time having no actual results. I think that's probably in line with current conventions, though, so most people will probably feel very comfortable with the pacing. What I'm saying is that the writing style is probably a plus in a general sense. It wasn't a negative for me, but it also didn't do anything for me.

And, because it's me, the editing:
The editing was pretty good. Mostly, there aren't any issues. Except for the one that is my current pet peeve: the misuse of dashes. I've talked about dashes before, so I'm not going to go into a whole rant about them other than to say that I wish people would actually learn what dashes are for rather than using them by feel. But, then, when you have someone like L'Engle using them to start paragraphs, I suppose it's understandable that there would be confusion about the purpose of dashes as punctuation. [Just to point it out, starting a paragraph with an m-dash is like throwing your commas at the beginning of your sentences. It's just wrong.] Anyway, other than the dash-abuse, and that wasn't rampant like I've seen in some books, the editing is pretty tight. Definitely well above average for a self-published book.

I already have part two set up on my Kindle, so, see, I'm still reading. However, considering that I'm also still reading L'Engle's time books, I don't know if that actually says anything significant. But these are way better than those. I mean, I'm willingly going to read part two, not out of some weird obligation to finish like I have with the Time Quintet. For the moment, though, I'm giving this a C rather like I did with The Skin Map, because I need to see where it's going and what's going on before I can make a better judgement than that. If it hadn't been for the bug bomb thing, though, I might have gone with a B.
Posted by Andrew Leon at 12:00 AM