How To Be... an X-ray Technician 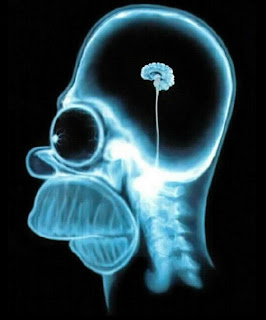 Have you ever wanted to take intimate pictures of people? I mean really intimate. The kind of pictures that let you see right through someone. If so, being an X-ray technician might be the job for you.

The best thing about being an X-ray technician is that it's a tech-oriented field that doesn't actually require a lot of formal schooling. You do have to go to school for it these days, but there are actually special programs and schools just for this, so, if you want, you can go through a two year course and earn a certificate of completion and get an entry level job working the old X-ray machine.

Those days may be running out, though, as more countries are leaning toward bachelor's programs in radiography before they will allow you to be hired as an X-ray tech.

That makes sense these days as radiography is becoming a much more diverse field than it used to be. There is the basic type: diagnostic radiography, like what I got back when I broke my wrist (and they didn't even let me see my X-rays!). You know, the kind we all think of when we start talking about X-rays, but I bet you didn't know all these other things are included under the same heading and are things an X-ray tech needs to know how to do:
sonography -- taking baby pictures among other things
fluoroscopy -- the movies! Usually, though, about the digestive tract.
CT scans (computed tomography) -- every wonder what you look like as a cross-section?
MRI (magnetic resonance imaging) -- tissue maps
nuclear medicine -- radiation tracers to see how things are working
radiotherapy -- for fighting cancer
mammography -- a man invented this one, I'm sure

Being an X-ray tech is, in a lot of ways, similar to being a photographer. No, I don't mean in the way that it's taking pictures. I mean it in the way that at one time, it was a complicated process to take a picture of someone. There were all kinds of... things... you had to do, and it involved flash powder or, later, light bulbs that burned out after one use [When I was a kid, we had one of those cameras that you had to buy the disposable flashes for, because the individual bulbs burned up when you used them.] and all sorts of specialized knowledge. As cameras became more advanced by becoming more simple, though, pretty much everyone became able to use them. Sort of like your basic X-ray machine. They're pretty easy to use these days. You just need to know enough anatomy to get the kind of X-ray a doctor can use.

As with X-ray machines, cameras have also become more complicated, too. Pretty much anyone can use your basic camera, but there are all kinds of types of more complicated cameras that require special knowledge to use, and all of these other types of radiography machines are like that. Their use is becoming more and more common, so an X-ray tech has to have a more diverse field of knowledge.

It's still a kind of ground floor career, though, and it pays pretty well for something that doesn't necessarily require a degree.

Oh, and then there are things like this: X-ray pin-up calendar
Yeah, that is what I found while trying to find a fairly generic picture of a broken bone. And I don't know what to think about it. But it does show there is room for a lot of creativity within the field. I guess.
Posted by Andrew Leon at 10:37 PM