This is where it all started. This whole series came out of this idea of what it takes to be a super spy, and it was my wife's idea to use this as my series (she said to make sure she gets the credit for giving me the idea that gave me my idea). You might be wondering why we would be trying to figure out what it takes to be a spy, but, really, it's no secret. We think our daughter would be a great spy. She has so many of the basic personality traits one would need: naturally athletic, a drive "to win," an innate desire to make sure other people do what's "right" while being willing to manipulate events to get what she wants. I could go on. And I will in just a moment but more in general rather than about her specifically.

Let me just make it clear: these are the things you need in order to be super spy like James Bond or Jason Bourne or Sydney Bristow, not just a regular spy. The requirements to be a regular spy are much less and more varied depending upon the kind of spy you want to be. Or are willing to settle on being. I'm just going to assume that everyone wants to be a super spy, so that's what we'll look at. 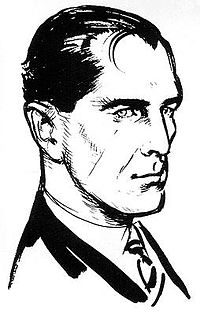 So... how do you go about being a super spy?

1. A super spy needs to be kinesthetically gifted. While it's possible to learn the physical skills one would need without any natural inclination, it makes it much more difficult. A great spy will be able to learn physical disciplines easily.

2. A super spy needs to have a sort of moral ambiguity about them. Which is not to say that they need to not believe in anything, they might have a very heightened sense of right and wrong (or, at least, what they believe to be right and wrong), but they need to be willing to do what needs to be done for the greater good.

3. A super spy needs to have a facility with languages. This is probably the toughest one (and the one my daughter is missing). A regular spy may or may not know any other languages but probably doesn't know more than three or four. A super spy needs to be able to go anywhere and do anything and be able to understand what's going on around her. Minimally, she needs to at least understand the language when it's being spoken even if she can't speak it back. Information is currency for the spy, and language is the root of that currency.

4. A super spy needs to have strong interpersonal and social skills. The spy needs to be able to blend in with the crowd and appear to belong in any group. The spy also needs to be able to manipulate her target. This doesn't come about by being shy. The spy has to be able to win people over, make them trust her, do her bidding. It's not really the career choice for people that don't like to interact with strangers. If that's you, maybe you'd be better as an analyst. Not that you can't be a regular spy and be an introvert, especially if it's part of your cover, but you'll never make it as a super spy if you can't put yourself out there.

5. A super spy has to be smart. Not just smart, either; a super spy has to be able think quickly and take decisive action. Often within moments. Or seconds. Immediately. Sometimes, it doesn't even have to be the correct action, but no action at all, stopping to think about it, will get you killed.

For free, because I found it interesting, one site I looked at said (and I have no idea if this is based on any actual data or just pulled from some guy's butt) that only about 10% of the population is born with the necessary characteristics to become a true super spy.
Posted by Andrew Leon at 9:55 PM