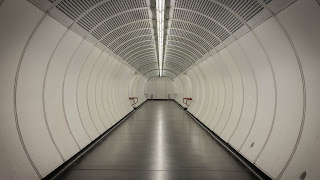 While it can't be said that America was ever great in practice, an argument could be made for it having been great in concept. Or, at least, in concept in its own collective consciousness. If that time existed, and I think it did, it was in the post-World War II years and lasted up to around 1970. The assassination of Kennedy and, then, King wounded it, but, really, it was Nixon who drove a stake right into the heart of the idea of American greatness. Then he twisted it around a bit and pissed on the corpse for good measure.

Let's take a quick look at post-WWII America:
First, America had just saved the world. Almost literally. Whether that was actually true or not doesn't matter, because that's how Americans viewed it.
Second, America was helping to rebuild the world, including offering great assistance to peoples who had just been its enemies. Sure, maybe some of that was motivated by the guilt of having nuked Japan but, still, we were doing it.
Third, there was a push toward equality for all. True, it hadn't gotten there, but people began to see it, finally, as a possibility. It brought hope.
Fourth, World War II led the US into a technology boom, which was heightened when Russia launched Sputnik. We had a great focus on education and science and the future, and we really believed that anything and everything was possible.
Fifth, because we believed in the future, we began to build for the future and infrastructure expenditures show it. It was all rather altruistic because it was an idea, not for those doing it, but for those who would come after.

That was the environment the Boomer generation grew up in, one in which there was huge growth, plenty of everything which was handed to them on a platter so they didn't have to work for it, and the future was so bright they had to wear shades. Perhaps, it's no wonder they long for "the good old days."

Of course, their focus is on the physical output of the ideals of a previous generation, ideals they themselves don't hold. They are a generation of consumers and profit and, now, through Trump (#fakepresident), Republicans are engaged in an act of necrophilia. The focus on coal and other dead industries is nothing more than trying to fuck a corpse back to life.

And the worst part? Trump (#fakepresident) is doing it on live TV and twitter for the whole world to watch, dragging us along for the ride. Not that Turkeyneck McConnell, Paul Ryan, and a slew of others aren't humping away with him.

It's time to stop letting the future slip away.

Because we are well on our way to not even being on the bus to the future. It's like we were driving that bus, then let China take over, and, now, we're just getting off entirely.

There are so many things on the verge of happening:
Self-driving cars
Flying cars
Sustainable energy
Laser guns! (oh, wait, China already did this!)
a Mars colony
Asteroid mining
Feeding the whole world
Curing cancer
Well, I could go on for a while...

Do you know why none of those things are actually happening? Boomers and their fear of profit loss by not being allowed to rape the Earth and kill species.

It's time to put or focus on the technologies of the future because we can't go there by trying to make coal the fuel of the future. It's the fuel of a long-dead past, and we need to leave it there.

Look, I'm not saying you're ever going to get that personal jetpack, but, if you do, it certainly won't be coal powered. It's time to get rid of the G.Old.P. They are the proverbial weight around our collective neck tying us to the past. Personally, I'm tired of the past.
It's time to step into the future. I want to see it before I'm dead.
Posted by Andrew Leon at 12:00 AM