Life is hectic right now. Mostly, it's softball, which I haven't talked about at all this season. I meant to, but, well, other things came up which proved distracting. One thing came up which proved distracting and which lasted throughout, basically, the whole spring season. We're in the summer travel ball season, now, which is much busier and hectic than the spring rec season. So, yeah, as I write this, I just got in from softball practice with my daughter, and I will be gone all weekend at a tournament. Fortunately, I just got back from vacation, so I have a lot of new pictures!

The annual vacation is to the Trinity Alps where, ostensibly, the Trinity lake resides. However, this year, there was no lake. Thank you drought. 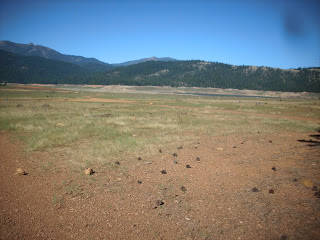 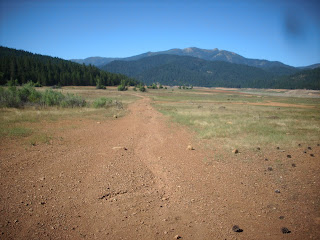 Those two pictures are where there should be lake.

My wife and I walked down there pretty close to dark the first night and couldn't see the water and just kept walking and walking and never found it. We went back, later, on our bikes and rode down to where the water is, but I forgot my camera, so this is all you get. [Also, there's a longer story to all of that, but I don't really have time for it, right now.]

The second night we were there, a thunderstorm actually blew through, which was pretty cool, though it didn't do anything noticeable to the water level. It was the first thunderstorm for my kids (because we really don't get that kind of thing where we live). The lady who works in the store at the campground said that sometimes it thunders so hard up there that it makes their automatic doors open. That I would have liked to have seen.

At any rate, I'm running short on time, so I'm going to leave you with rain in the mountains. 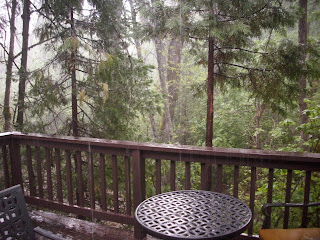 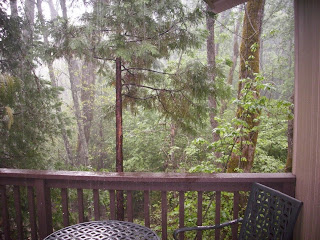 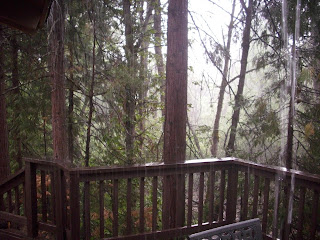 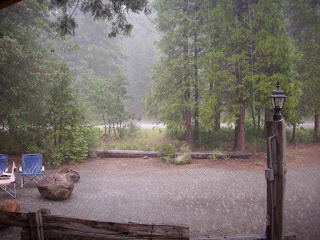 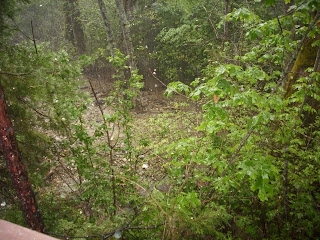