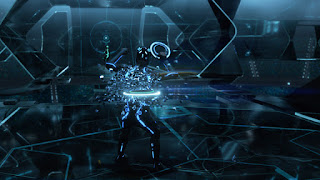 I gave my thoughts about Tron way back in this post. It's probably not necessary for this post, but it goes along with what I'm saying here... and it's interesting. Sure, that's me saying that it's interesting, and I wrote it, but still...

My boys love Tron. My daughter likes it, too, but not the way the boys do. We were even watching Tron: Uprising but that got derailed because of school. Now that summer is here, I'm sure we'll finish it up. They were very excited about the sequel to Tron: Legacy that has been in the works and was scheduled to begin filming in a few months.

Look, this is a big deal. The movie was in pre-production. It had stars attached to it. It was getting geared up to start filming... and Disney pulled the plug.

My boys were devastated. Well, okay, that's a rather transitory experience for teenagers, but it lasted at least 10 minutes and no one can mention Tron in the house, now, without hearing "awww..." from one of them.

So what happened? Tomorrowland happened.

Now, see, I liked Tomorrowland, but that doesn't change the fact that it had a rather underwhelming opening weekend. So underwhelming that Disney pulled the plug on a completely unrelated project: Tron 3. I suppose you could say that Disney got a little insecure.

So, see, it's not just you. Even the big guys have moments of doubt and insecurity and, sometimes, it makes people do dumb things because they start focusing on what could go wrong instead of focusing on how to make it work.