Love Hurts (or What the Cat Did) 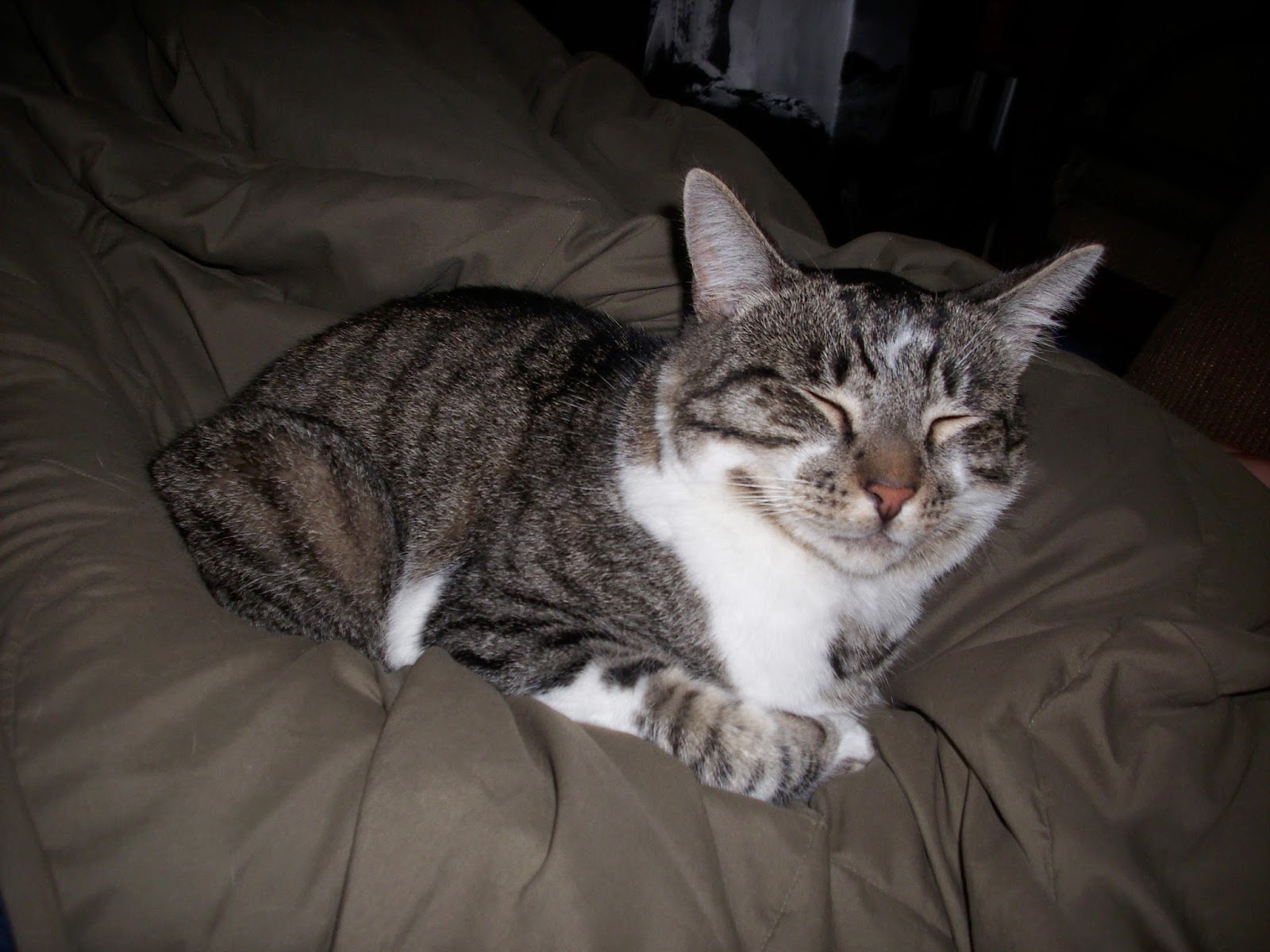 I know he looks all calm and peaceful in that above picture, but the cat and I have a rather contentious relationship. It's not that we don't like each other, either. In fact, the cat likes me rather more than I'm comfortable with. That doesn't stop him from threatening me with laser eyes! 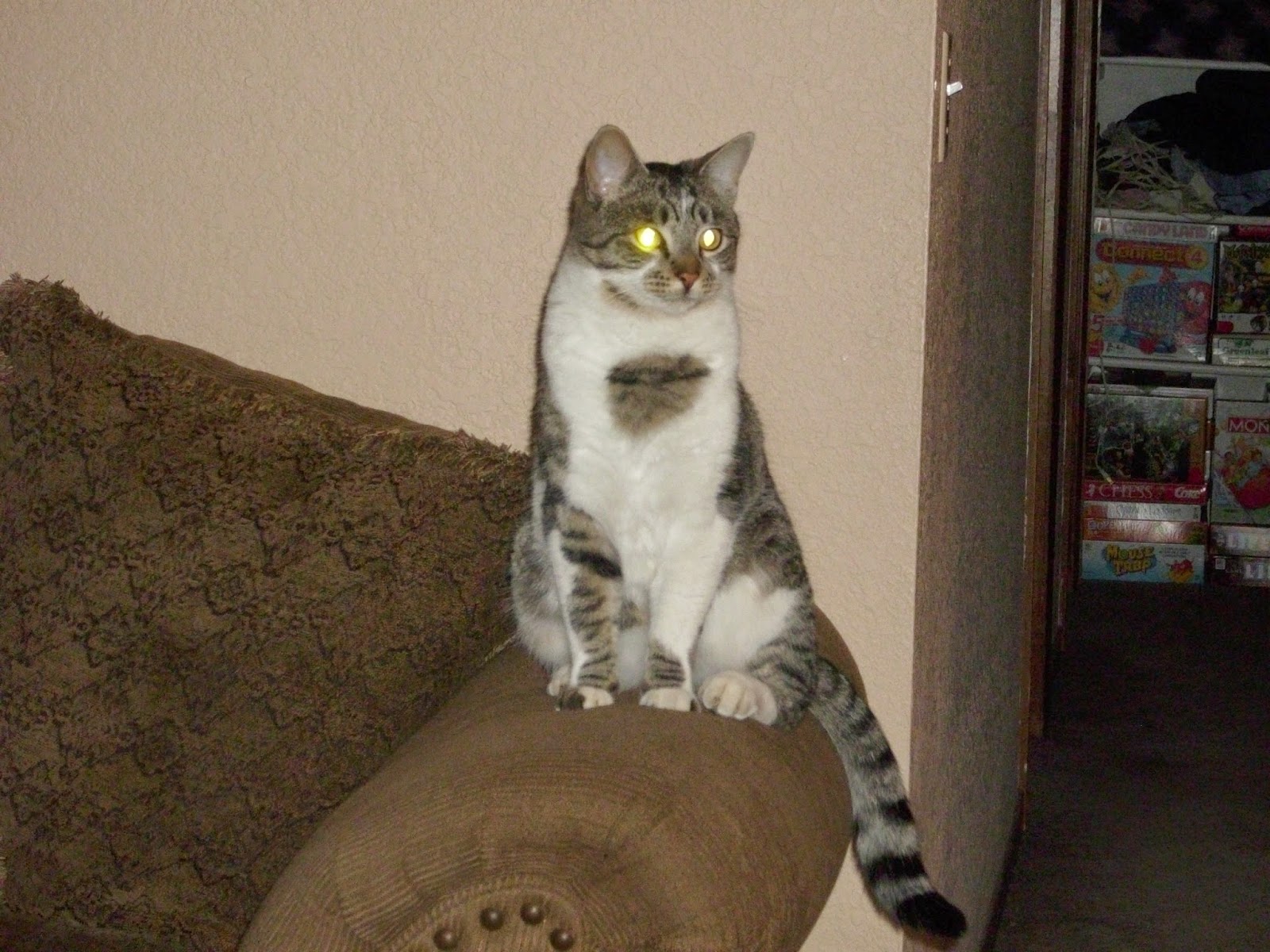 No, just kidding. He never threatens. It's just a "do or do not" thing. Okay, fine! I'm kidding!

I mean, he's never shot lasers at me, but that doesn't mean I don't think he could if he wanted to.

Actually, the problem really is that the cat has a great amount of affection for me. So much so that during the middle of the night, as I've spoken about before, he will decide he needs me to come and just sit with him. He wants to hang out in the living room and stare out the window, but... it's like he's scared to be alone in the dark and needs me on the couch. Sometimes he comes and sleeps on my lap. Fortunately, now that it's colder, he's been pretty content to sleep at the foot of the bed and not worry about the window and what might be out in the dark.

But that's not what I want to talk about...

The actual problem is that one of the things cats do to "loved ones" is groom them. Have you ever been groomed by a cat? Let me just say: it's not a comfortable experience. If you want to know what it's like, go buy some sandpaper. Of course, I'm assuming you don't just have some around. When I was a kid, we always hand sandpaper on hand but, then, my dad had a tool closet full of all kinds of stuff that he never used. Including sandpaper. Because, if anything needed to be sanded, that was my job. Anyway... Go get some sandpaper and tear off a piece about the size of the end of your pinky finger. Now, take that paper, find a place on your forearm, and stroke that piece of paper in the same spot on your arm for, say, five minutes. Can you do it? No? Hurts, doesn't it? Imagine that going on for half an hour.

It leaves abrasions on the skin just like the kind you'd get when you were a kid and fell down on the concrete. The next day there will be little scabs all over in the patch of skin that he groomed, and it hurts for a couple of days. One time, he did it to my collar bone, which didn't hurt while he was doing it, but it left a mark that looked like a hickey. heh My wife wasn't amused.

Speaking of my wife, she always asks me why I let him do that to me. Her position is that I ought to just throw him off of me when he starts the grooming behavior. And, well, maybe I should, but I look at it like this:
When a baby grabs your beard... Oh, you don't have a beard. Okay, ladies, when a baby gets a fistful of your hair in its little baby hand and starts flailing its little arms around, do you throw the baby on the floor? Only if you want to be charged with child abuse, right? Yeah, yeah, but it's a cat; it's different. The cat will land on his feet.

But it's not really different. The cat doesn't know what he's doing. I mean, the cat doesn't know he's causing me pain. It's like if your kids make you breakfast in bed for your birthday and, then, sit there and stare at you so they can watch you eat it... and it's the most terrible sawdust you've ever put in your mouth. But you eat it anyway. For love. Well, so as not to hurt someone trying to show you love, because I am not saying I love the cat. [Trust me; if I had to pick between the cat and the dog, 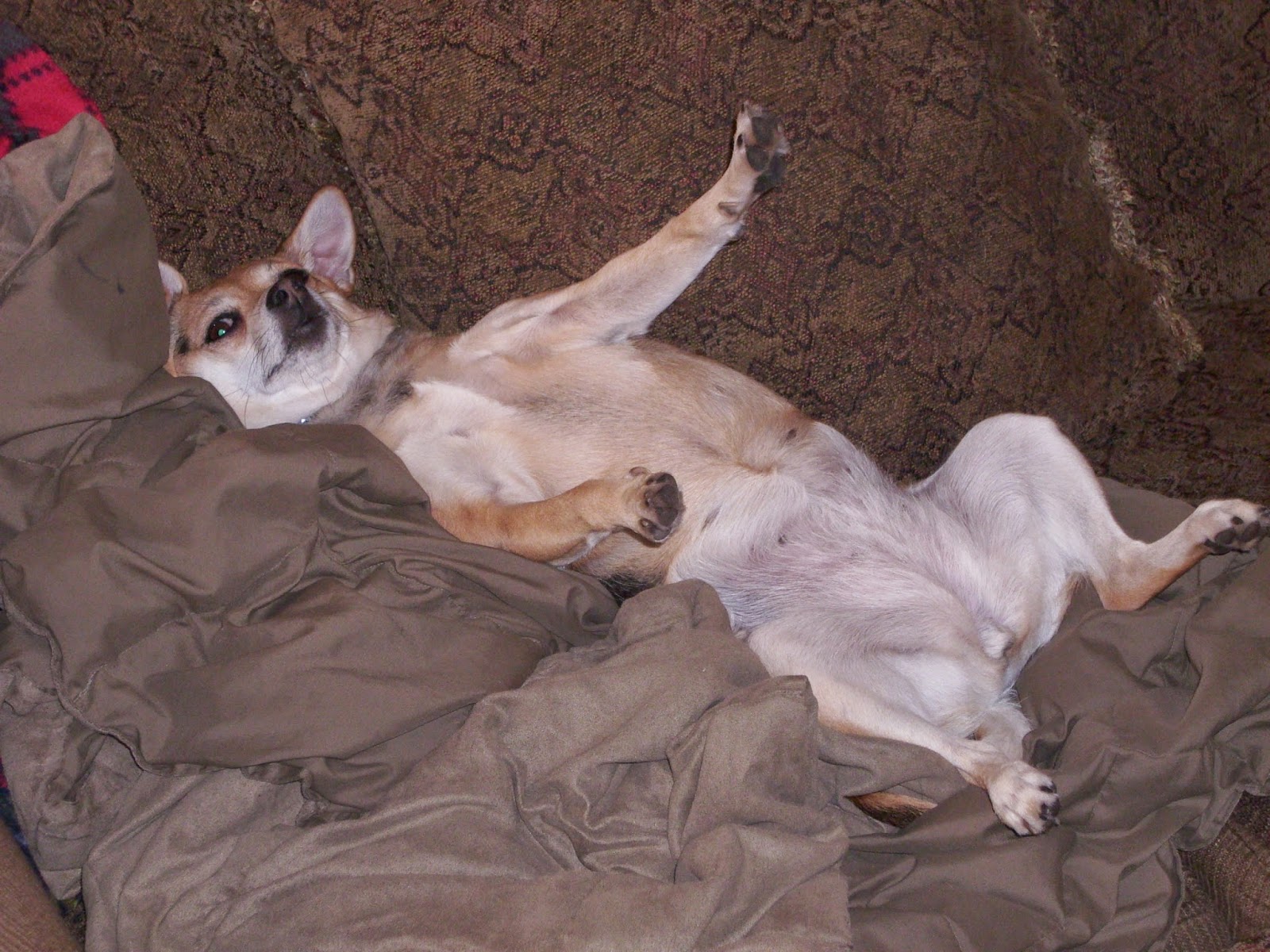 I'd dropkick the cat out the door before you could count to three (don't tell the cat (though I suspect he already knows)). But that's beside the point.]

Which brings me to the point:
Sometimes, we do painful things for love, our own or someone else's. Even though we know whatever it is will be painful, we do it anyway. And we should. Intent means a lot. Basically, I don't want to punish the cat for something he's doing for the right reasons, even if it does hurt, and that's how we should be with people.

Oh, and by the way, I tried to take some pictures of the wound on my arm after the last time the cat did that to me, but my camera got confused by all the hair and couldn't figure our what to focus on. Maybe next time.
Posted by Andrew Leon at 12:00 AM