Before we get to the BIG Lego events of Christmas, here is the first of the Lego sets that I got. These were sort of consolation Lego gifts because the Lego set I really wanted became unavailable. And was, actually, too expensive, but my kids had this plan to combine their money and buy it for me. That's actually a longer (and unimportant) story. As it turns out, though, that set was on its way to retirement, so there was no re-stocking of it as places ran out of it, and my kids waited too long to try to fulfill their plans. So I got this, which was pretty cool (and approved by Mr. Bunches): 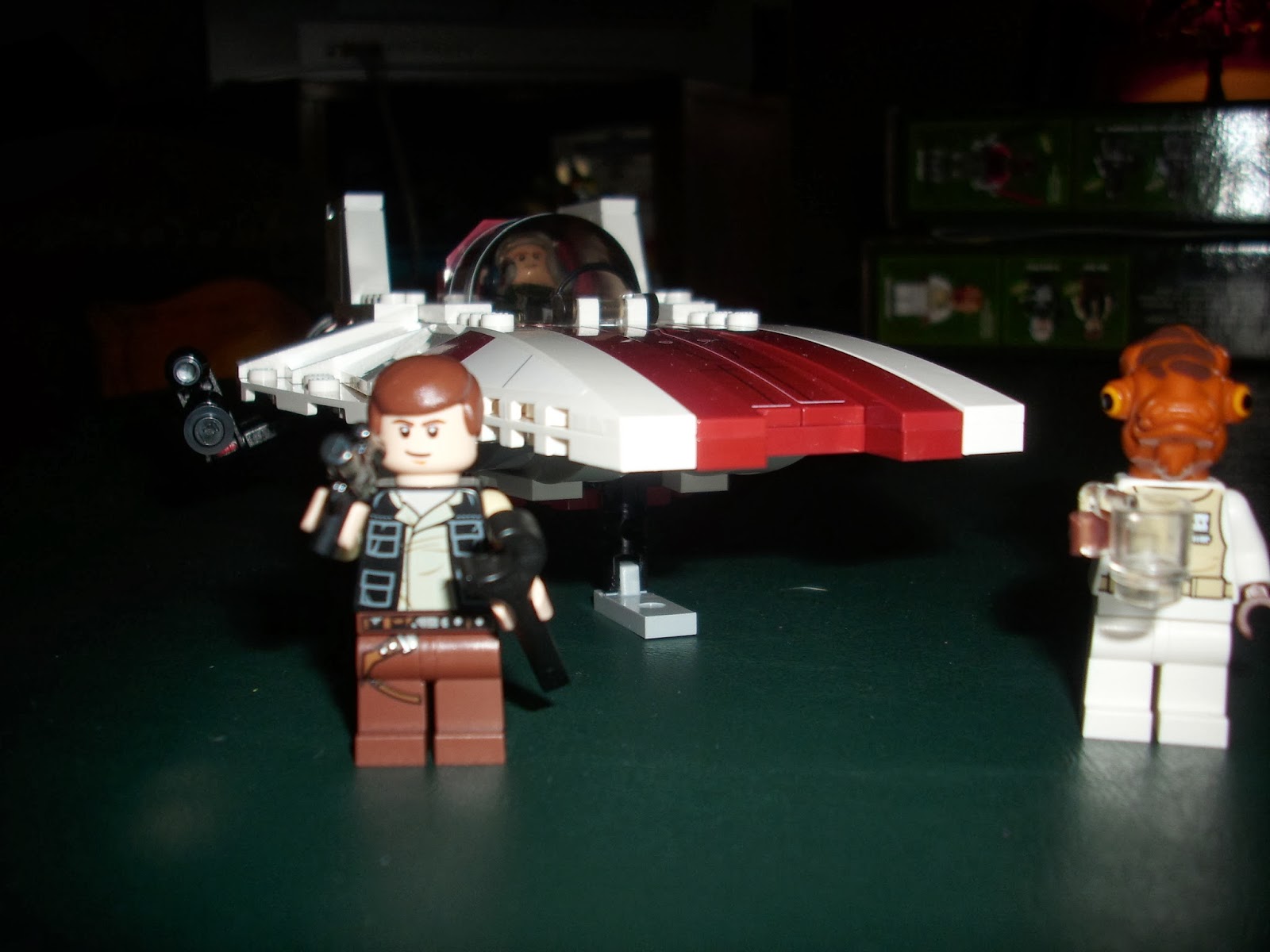 I want to point out that Admiral Ackbar came with a beer mug. I have to assume it's a beer mug, because it's  not like the cups that come with other sets that are clearly coffee mugs. Ackbar comes with a space beer mug, and I don't really understand why. Han comes with his blaster, which makes sense, and the pilot comes with a large wrench (as seen in Han's hand because the pilot is busy about to take off), which makes less sense (because why would the pilot need a wrench?), but it makes much more sense than the Admiral and his beer mug. Unless Ackbar has a problem that we've never been privy to? What makes less sense than that, though, is why Han comes with an A-wing fighter. It's like they had an extra batch of Solo minifigures lying around so they just threw them in with the A-wing. And Ackbar. But Ackbar doesn't have his own ship, so I suppose they needed to put him somewhere. The A-wing is really cool, though, so I'm not complaining. 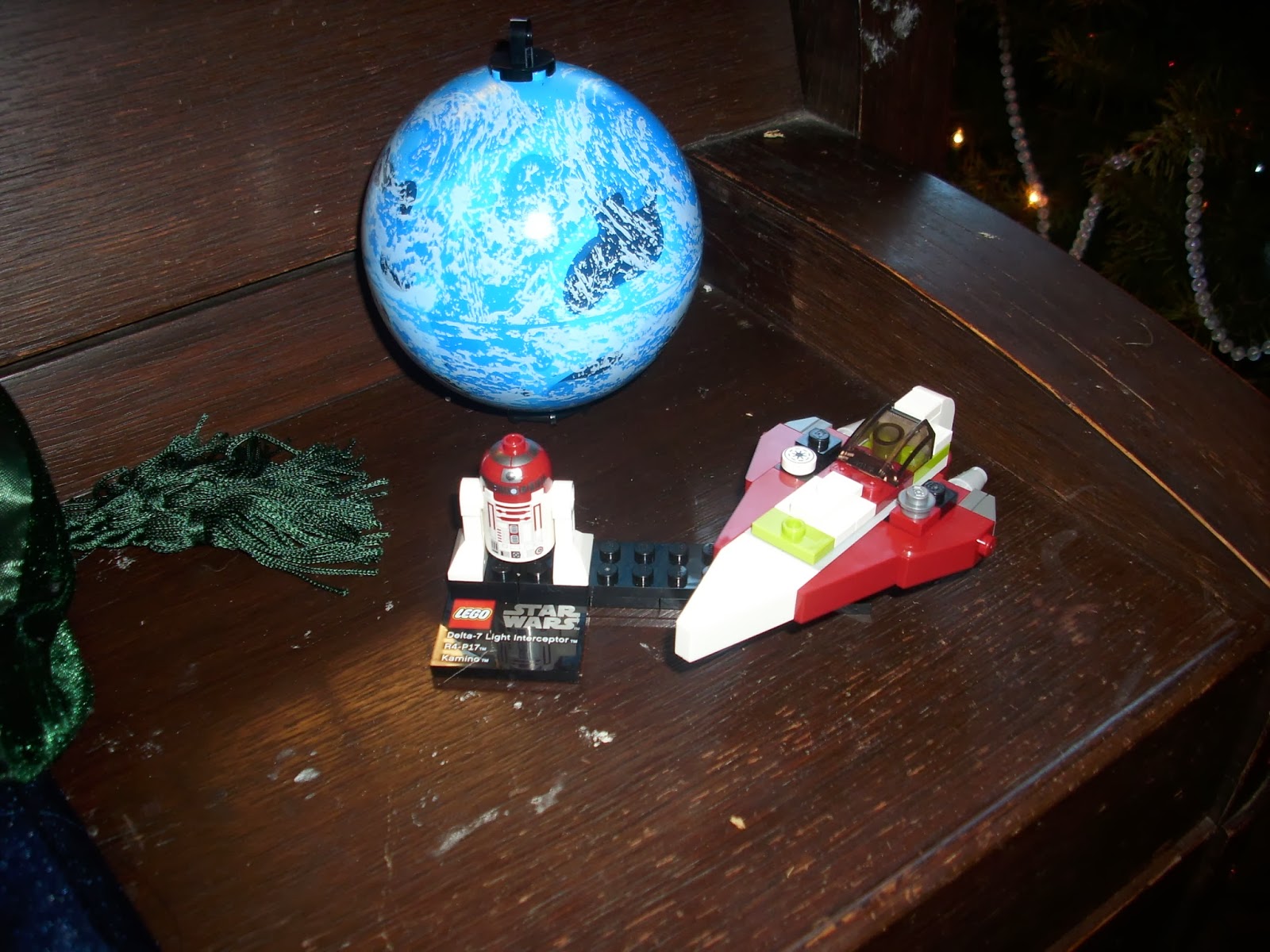 Okay, that's not actually true. My younger son got it, but he already had this one, so he gave it to me. It was part of his new planet Lego sets. That is not an A-wing, just so you know. Here are all of this year's planet sets together: 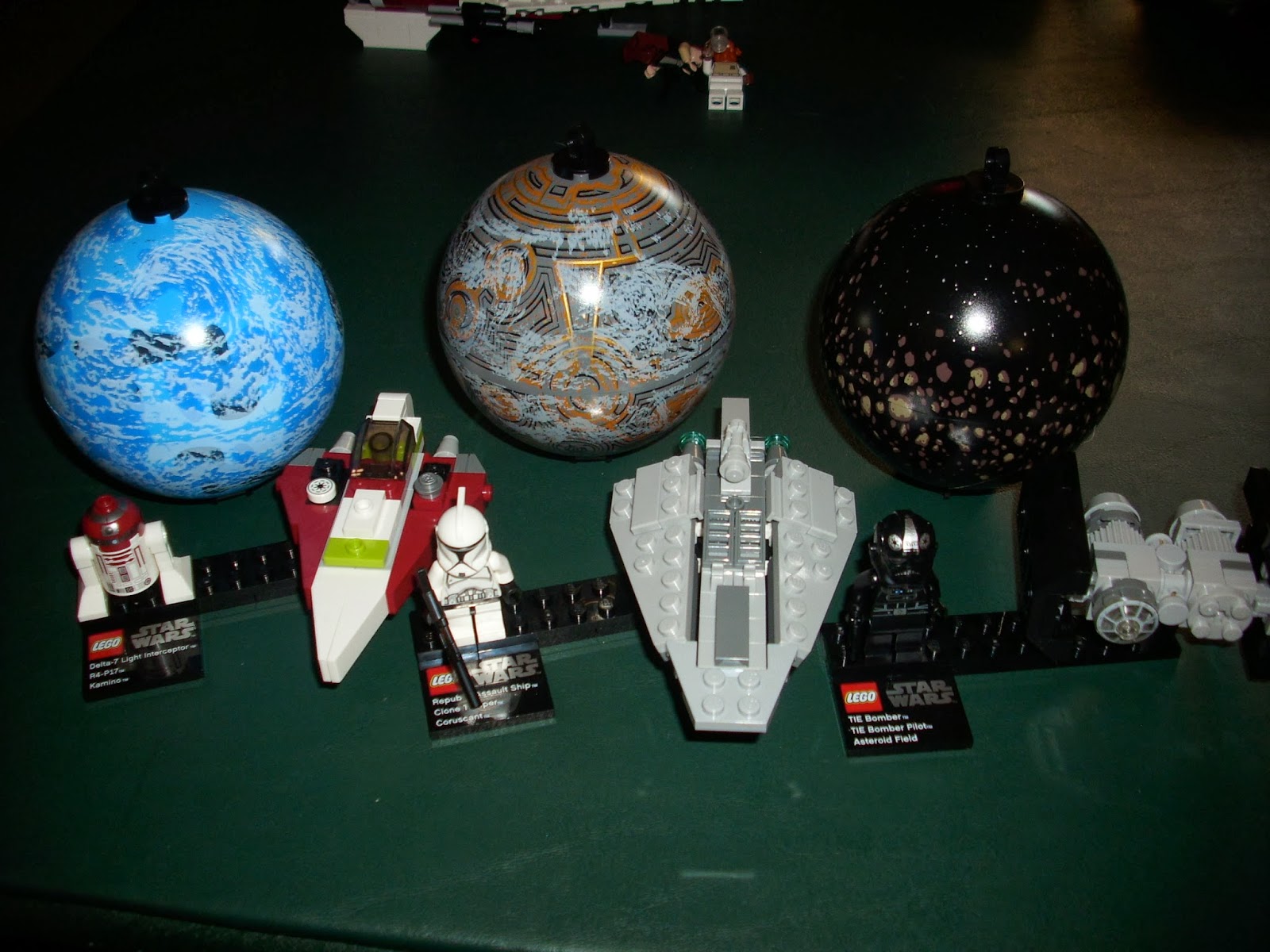 My daughter's Lego Advent calendar for this year: 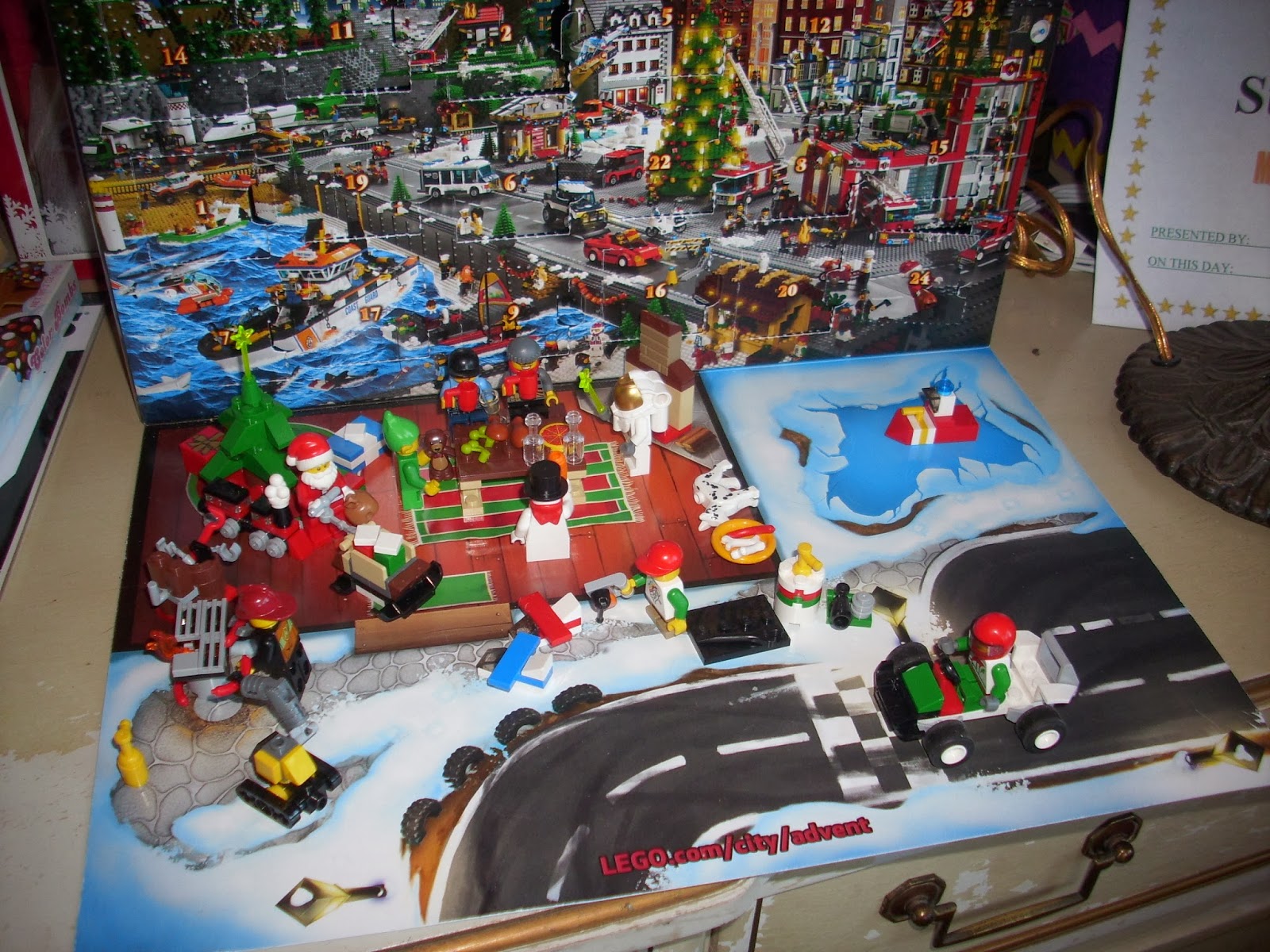 After the fact, that is. This is the little Christmas party she made from what came in it.

Which brings us to the big Lego project for this year. My younger son, the most devout Lego enthusiast in our house (and at his school) got 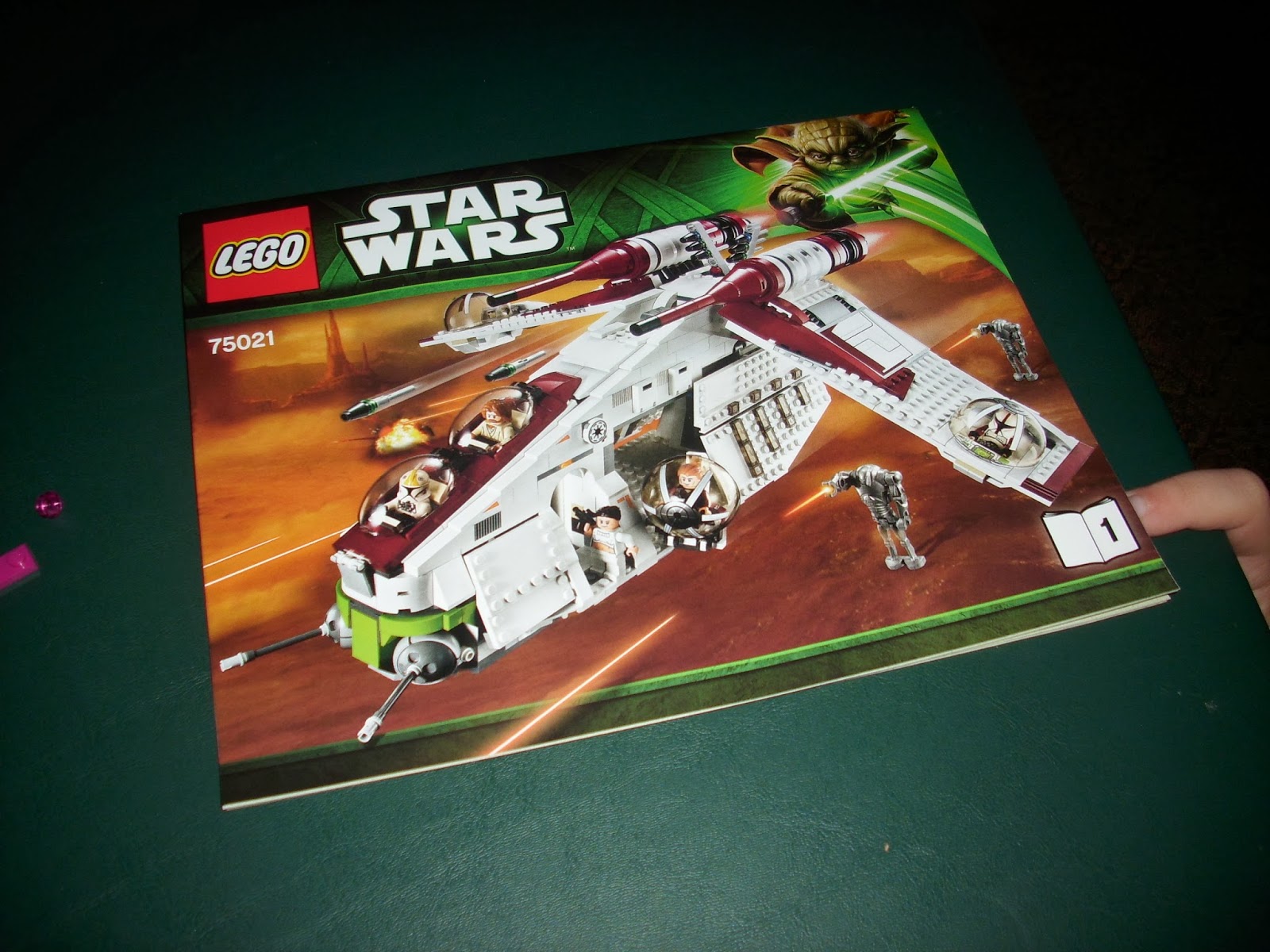 the Republic Gunship! Here are some in progress shots: 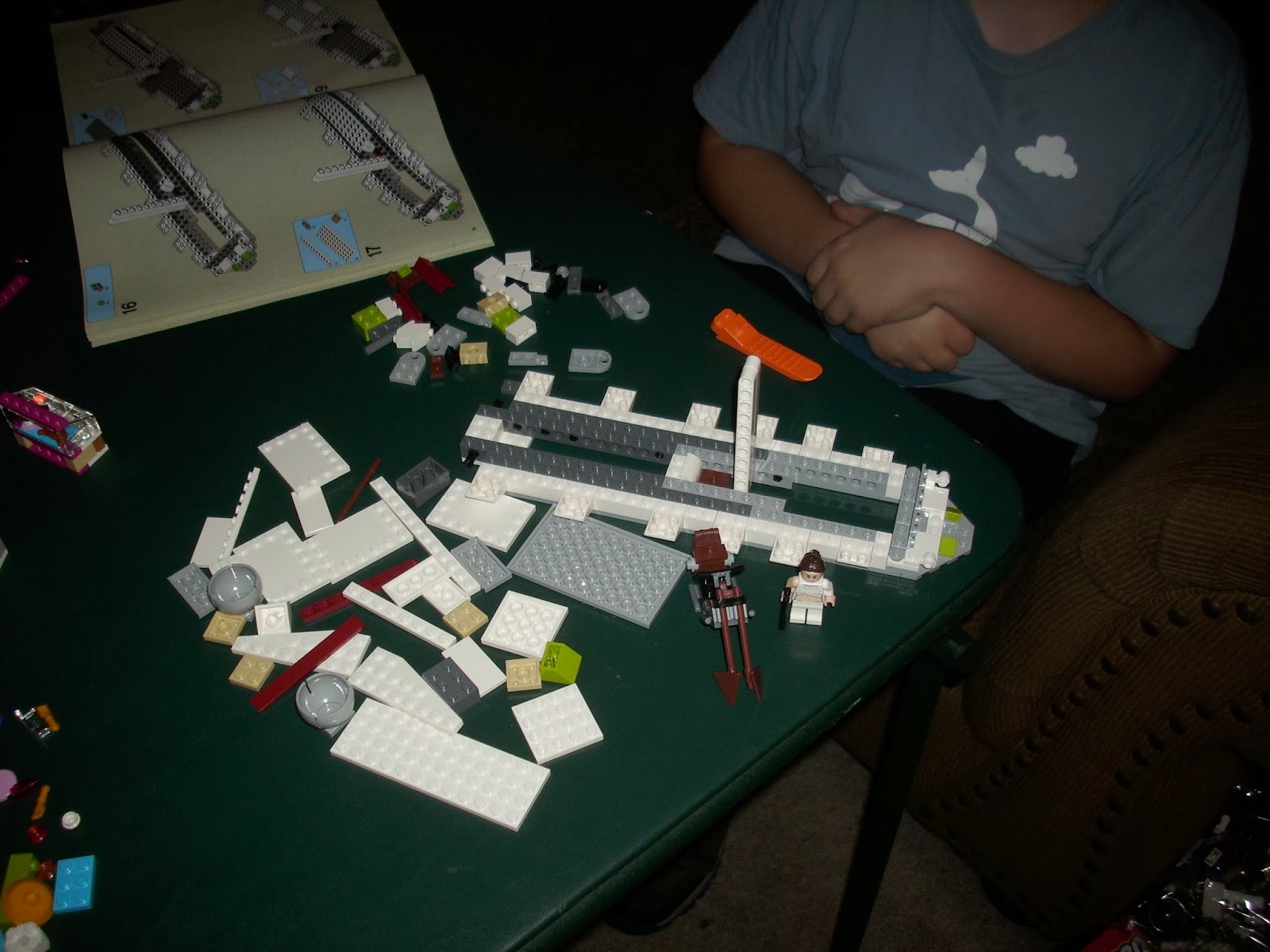 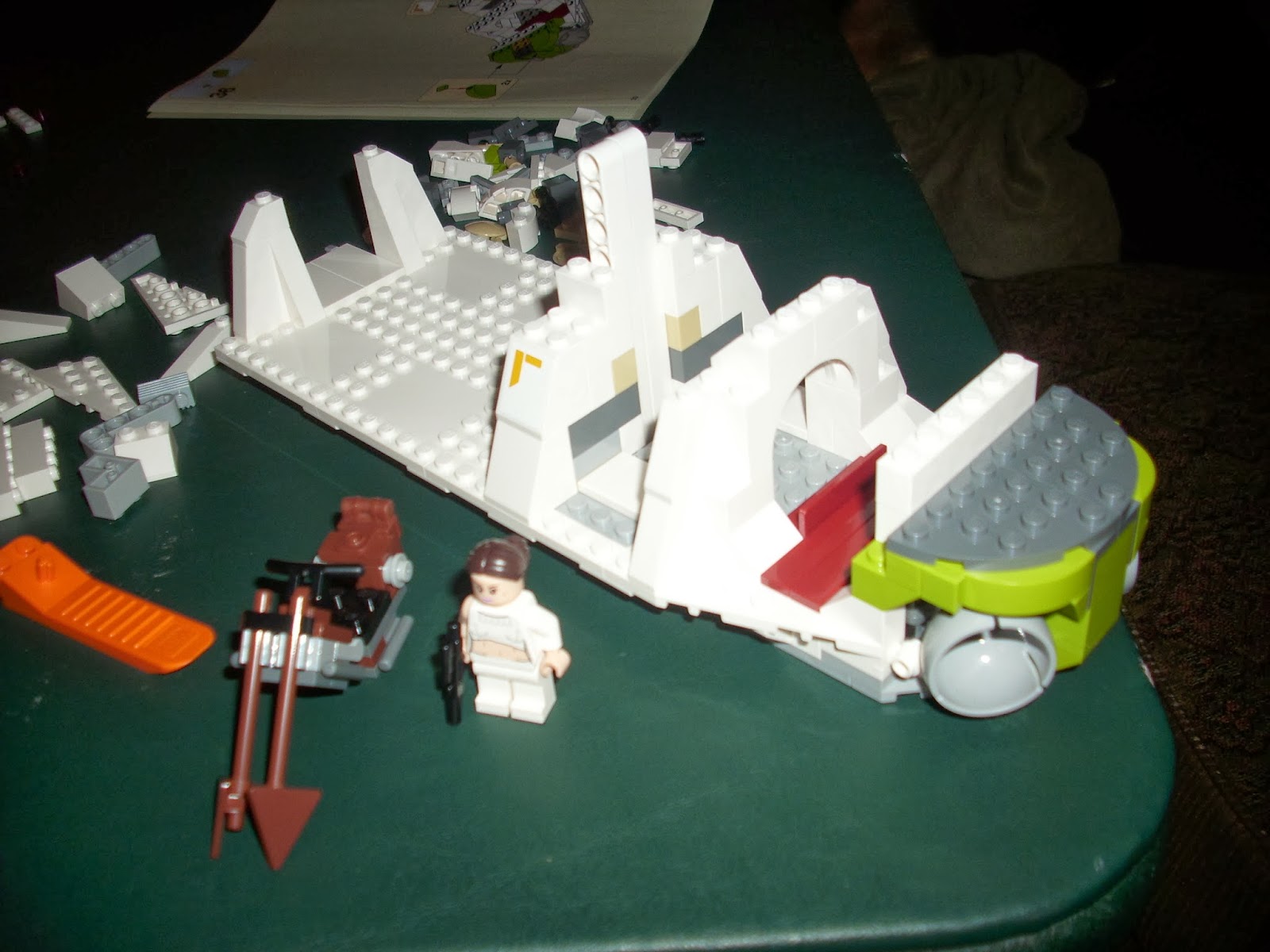 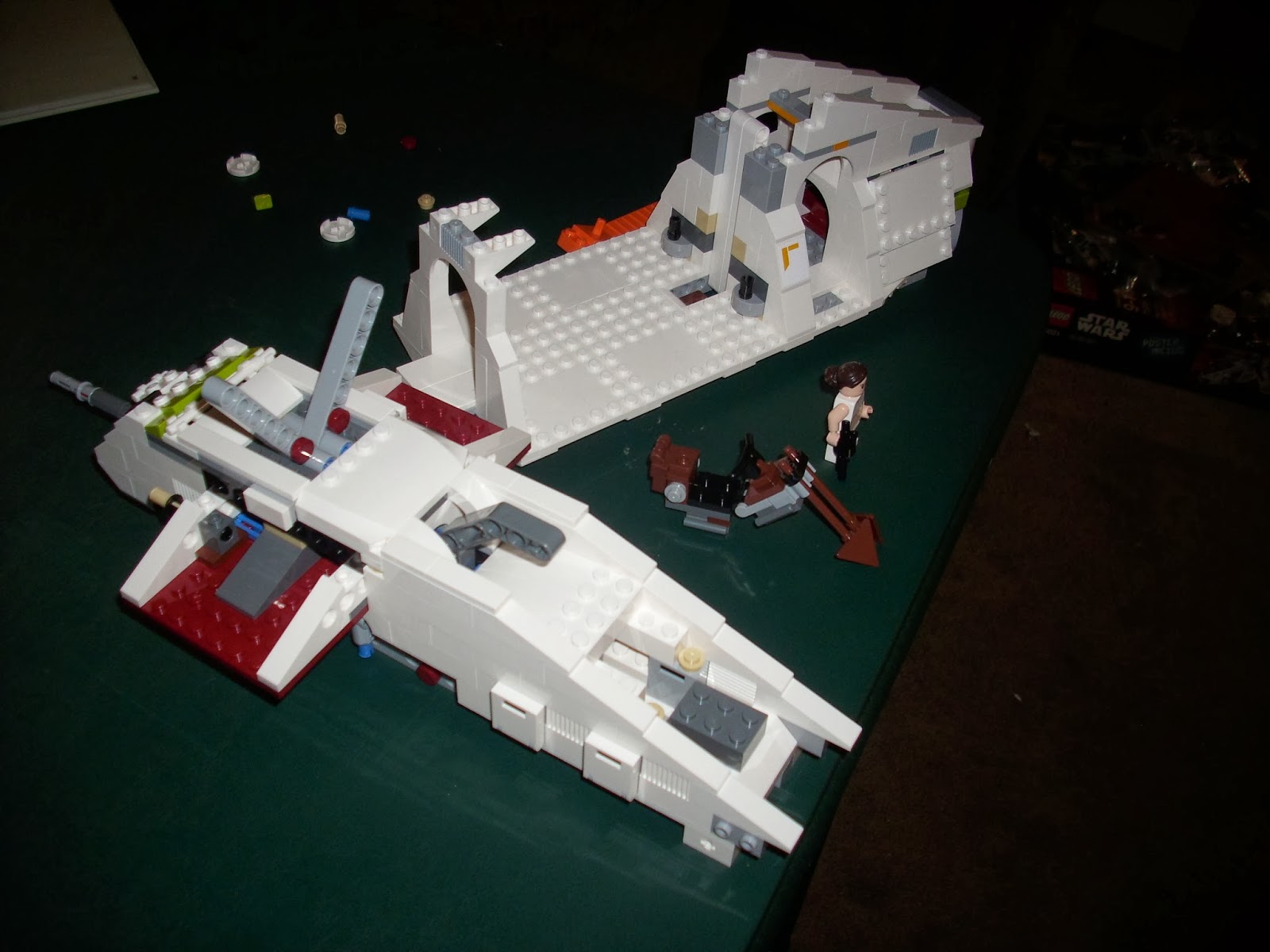 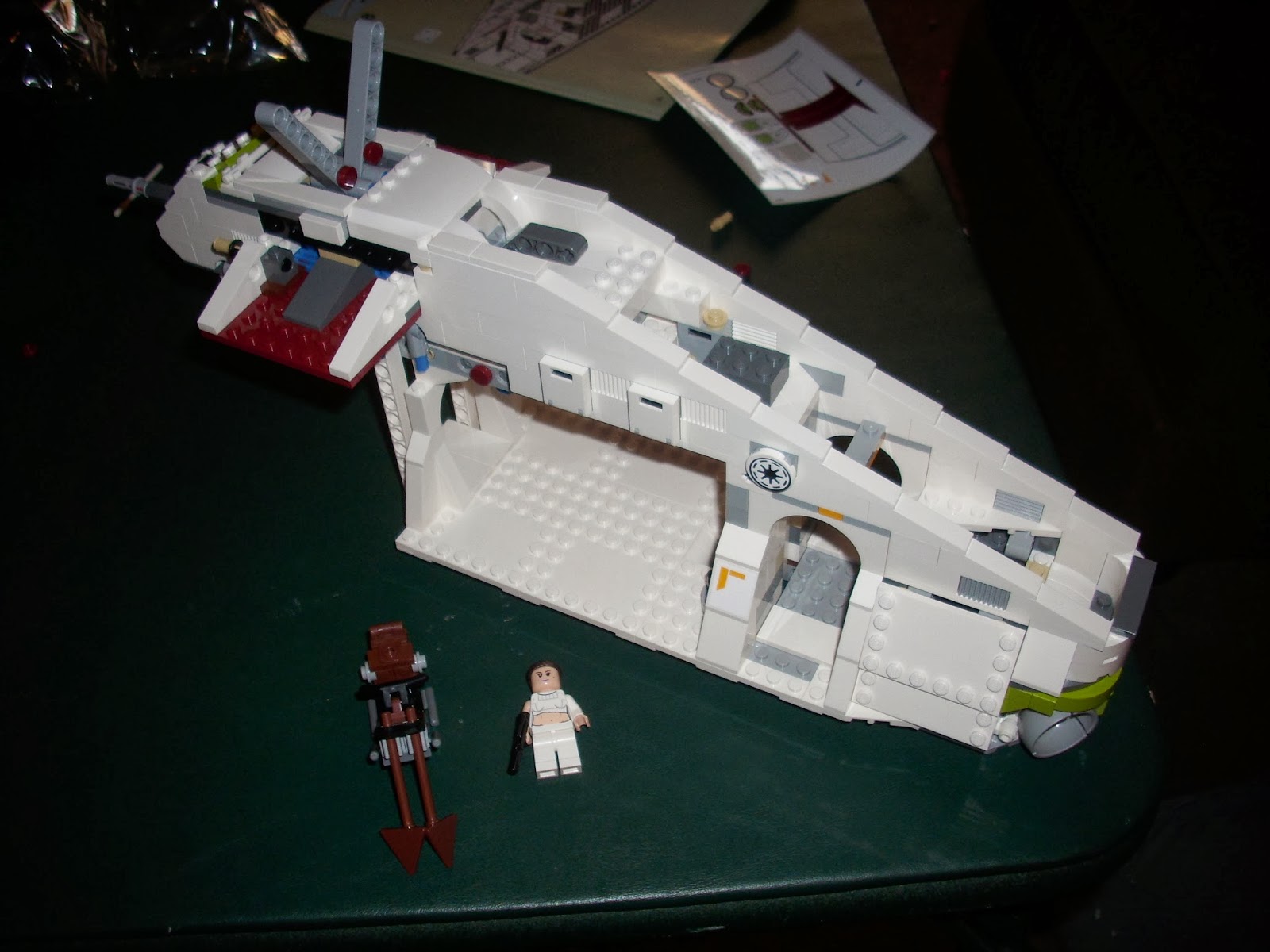 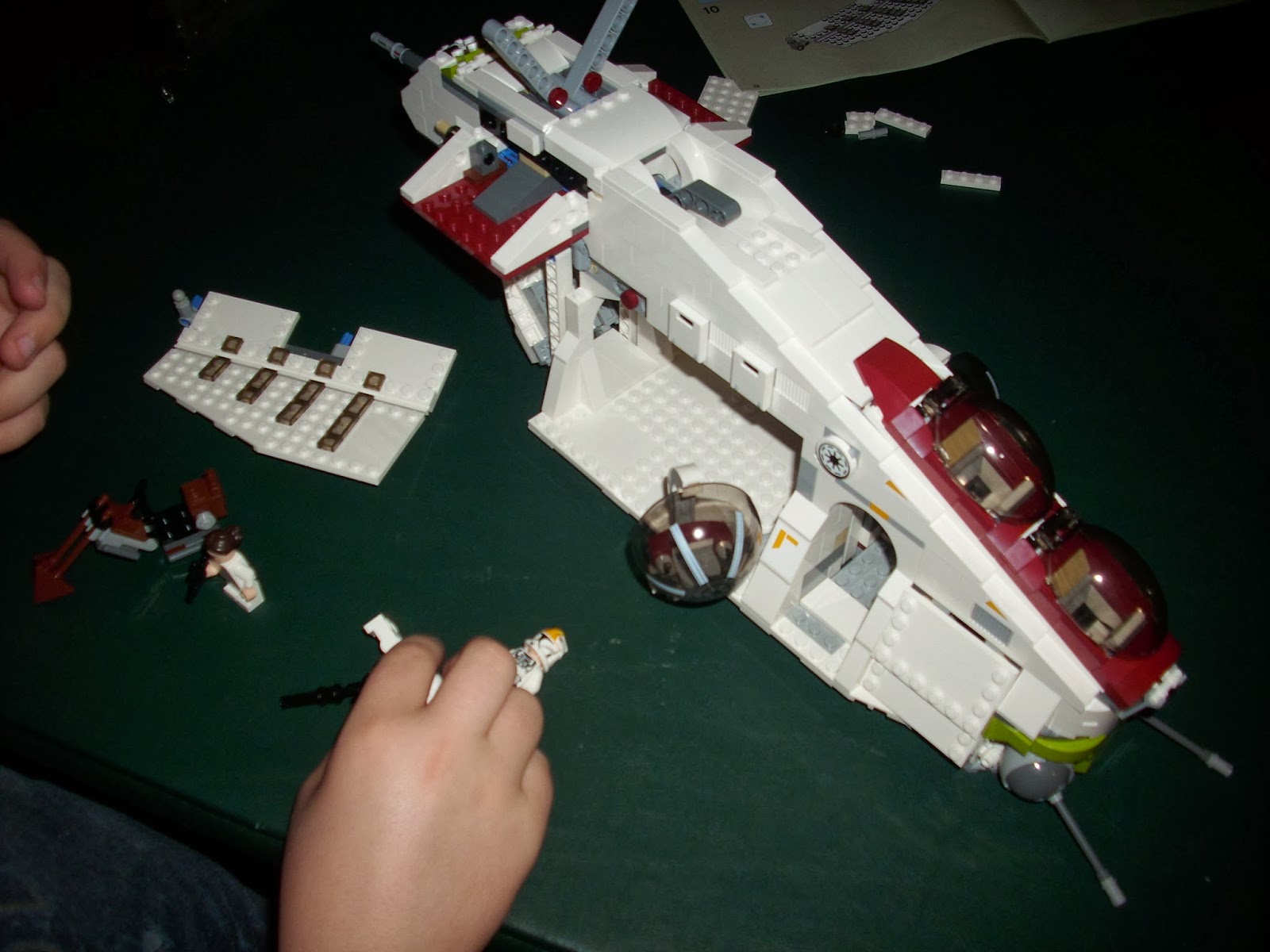 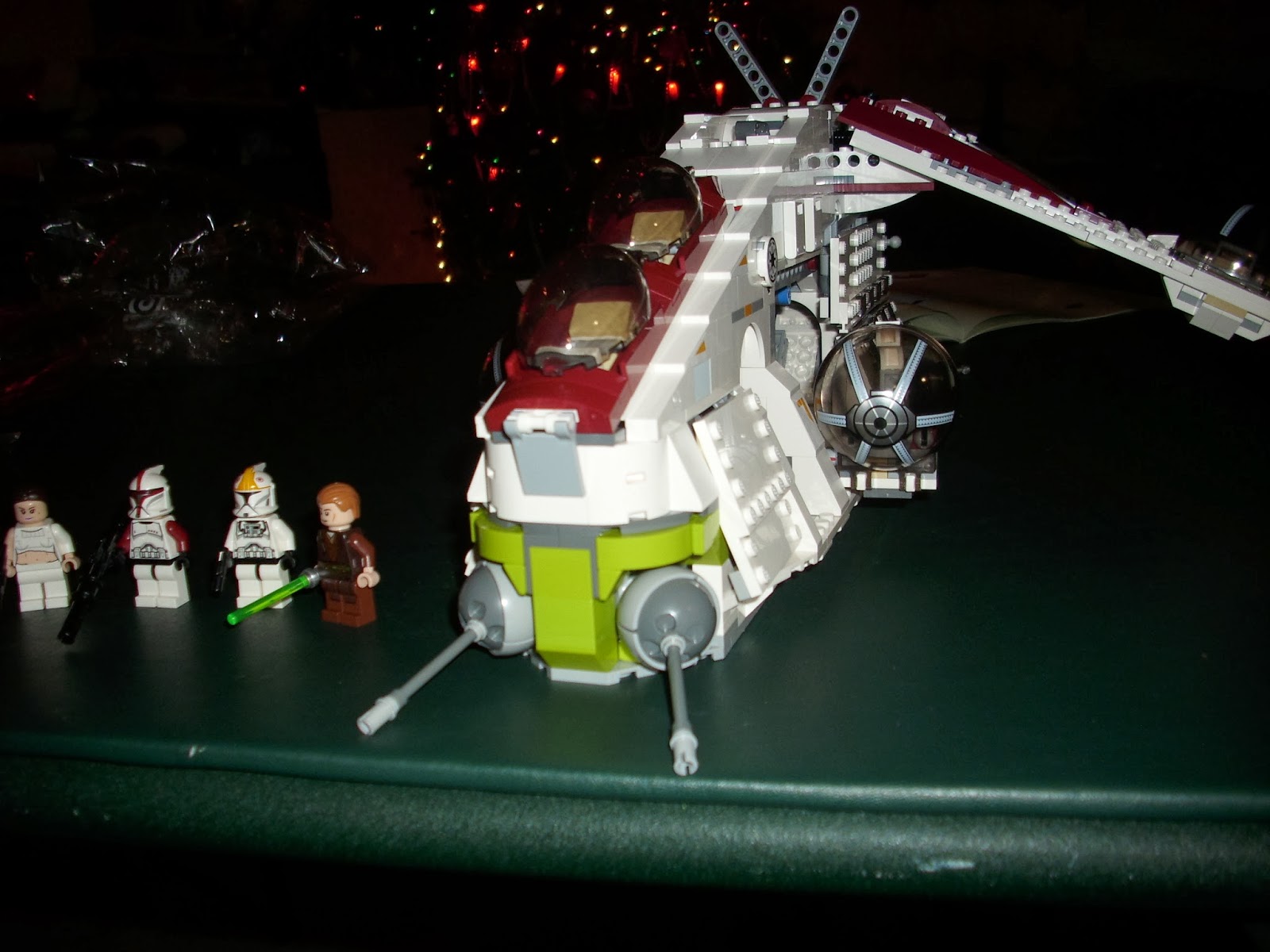 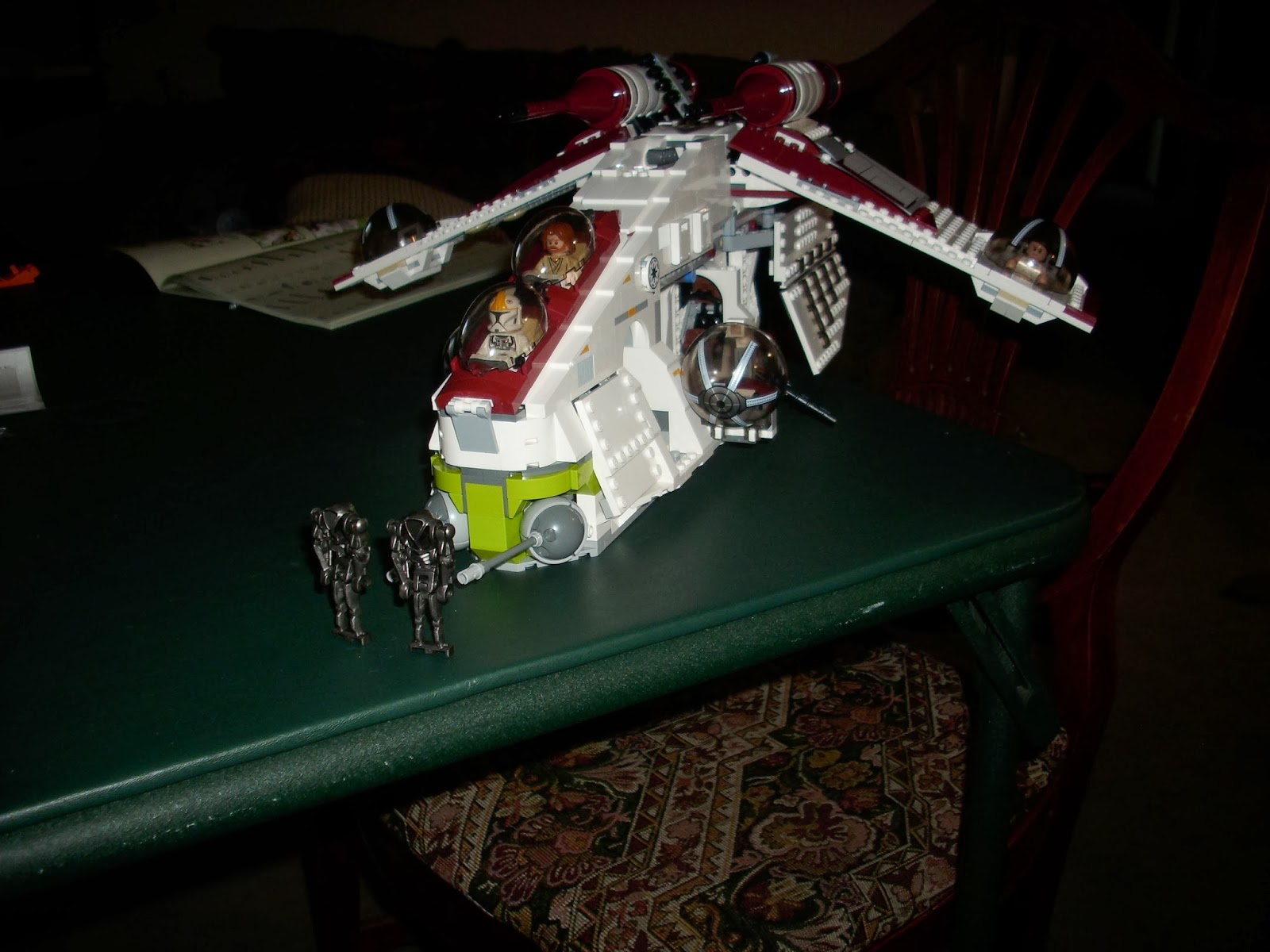 But the BIG Lego event was actually a contest. My younger son and I actually received a duplicate Lego kit, so he challenged me to a race. I just want to make it very clear that I don't spend a lot of time putting together Lego kits at this stage of my life. In fact, I can't remember how long it's been since I've put one together. Probably half a dozen years, at least. But I couldn't very well say no. So we got set up: 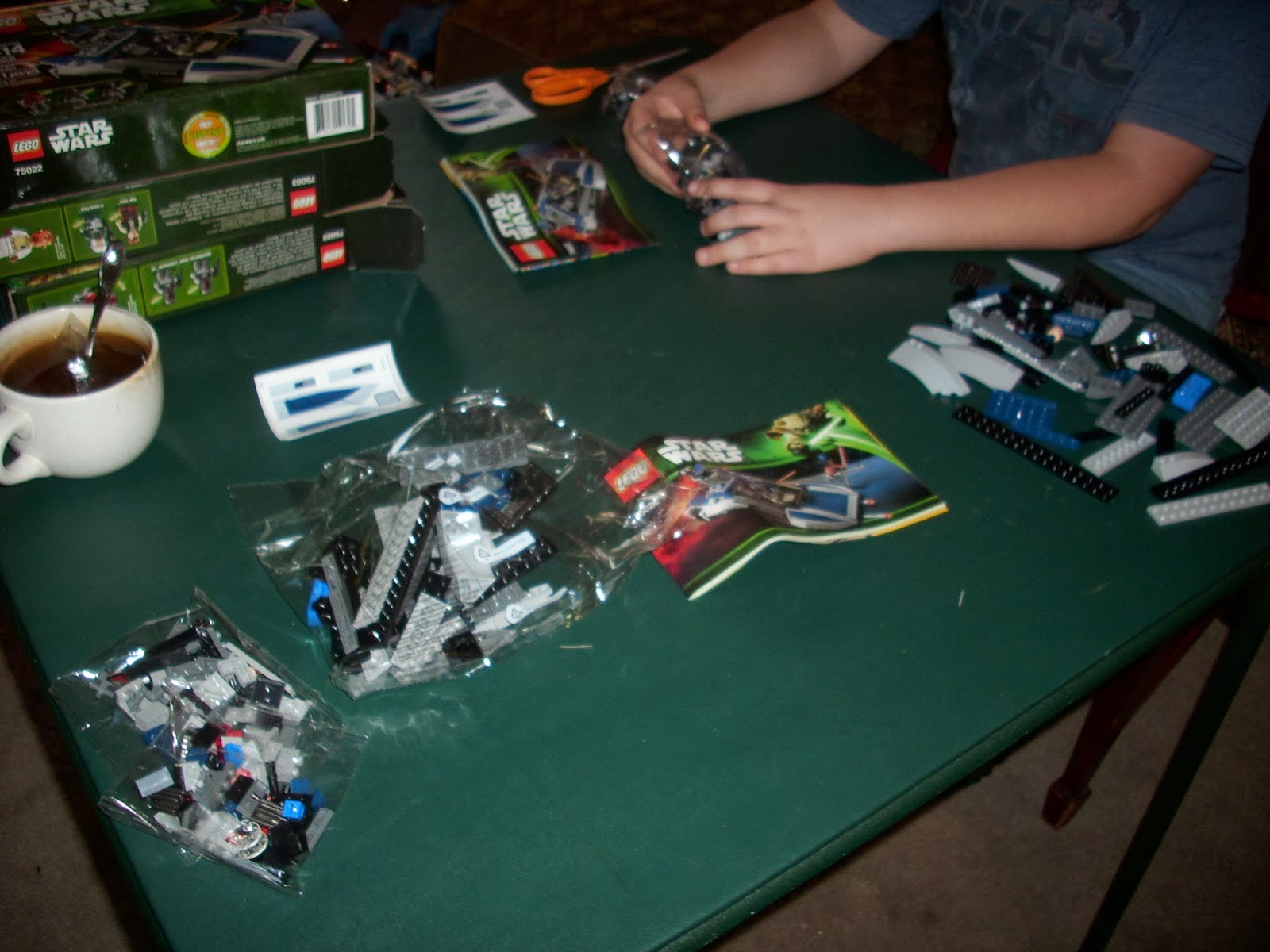 I prepared with... tea. He prepared by sorting all of his pieces out so that he could find them more quickly. Clearly, my lack of recent experience in this worked against me. Our first time stop for progress pics: 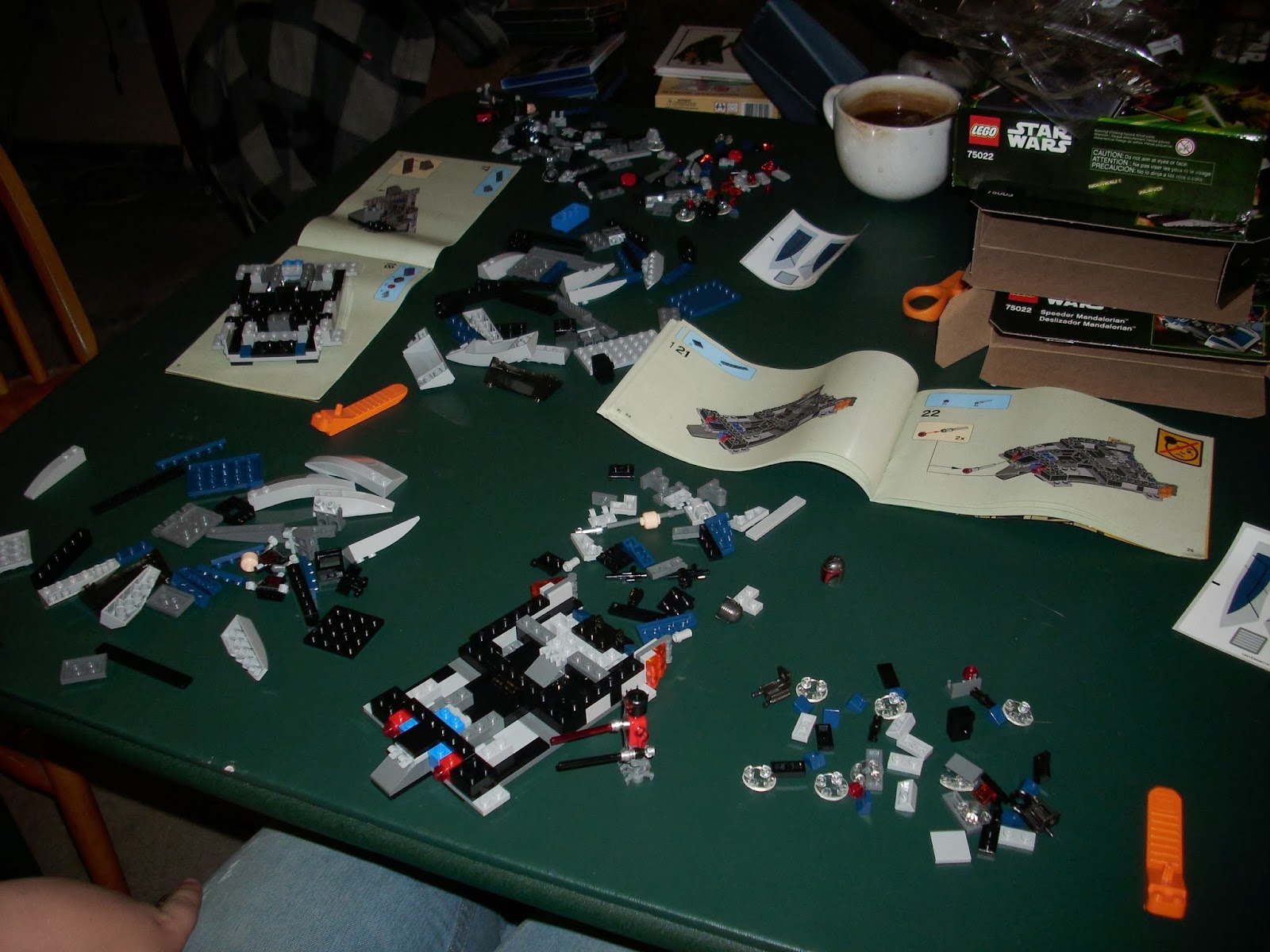 That's my son's stuff right up front there. You can see mine to the upper left. He is clearly already in the lead.
The second time stop: 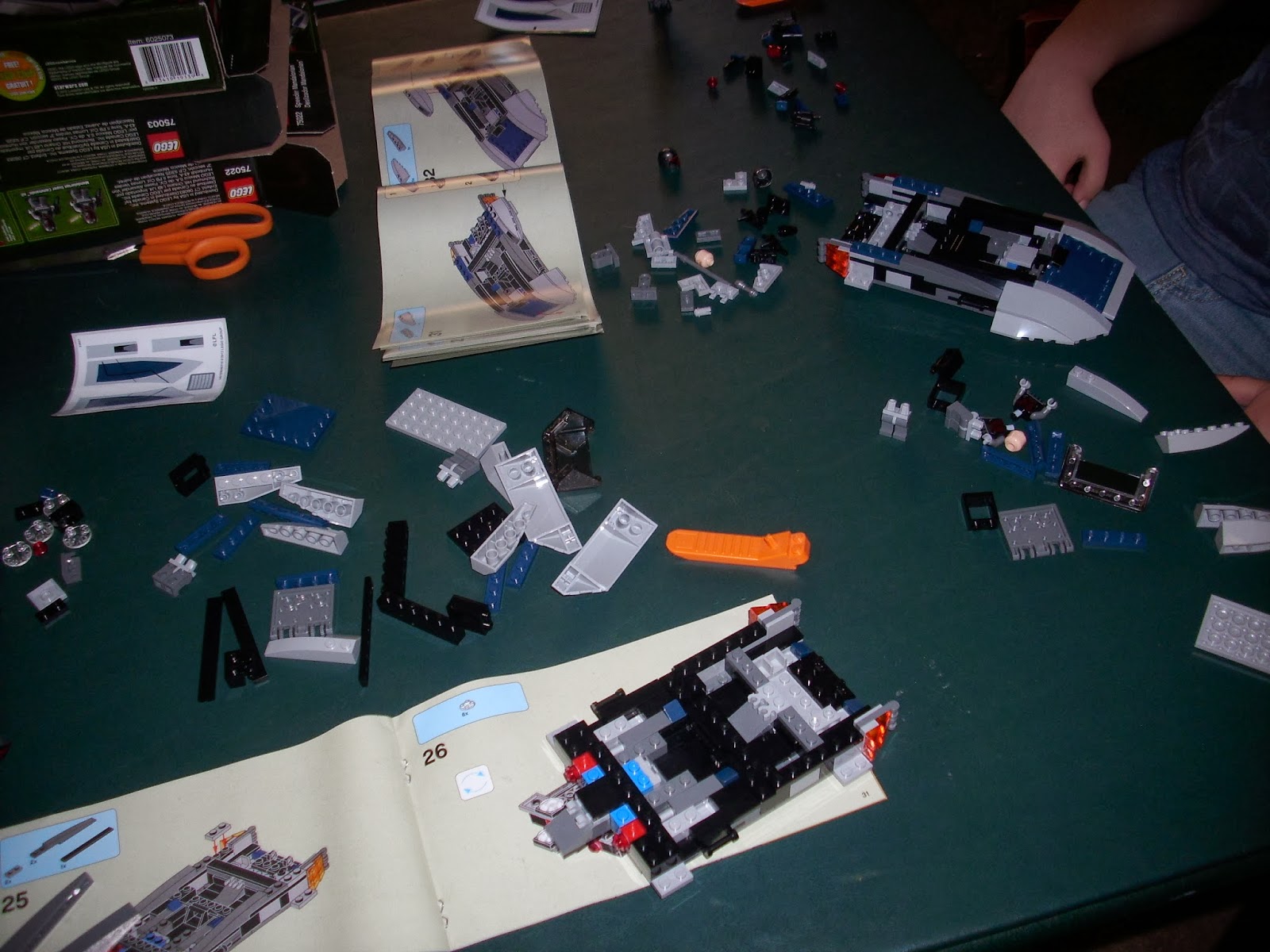 That's mine at the bottom, this time. My son's is at the upper right, and you can see that he is still in the lead. Can I come back for the surprise finish and win the race!?
Actually, no. 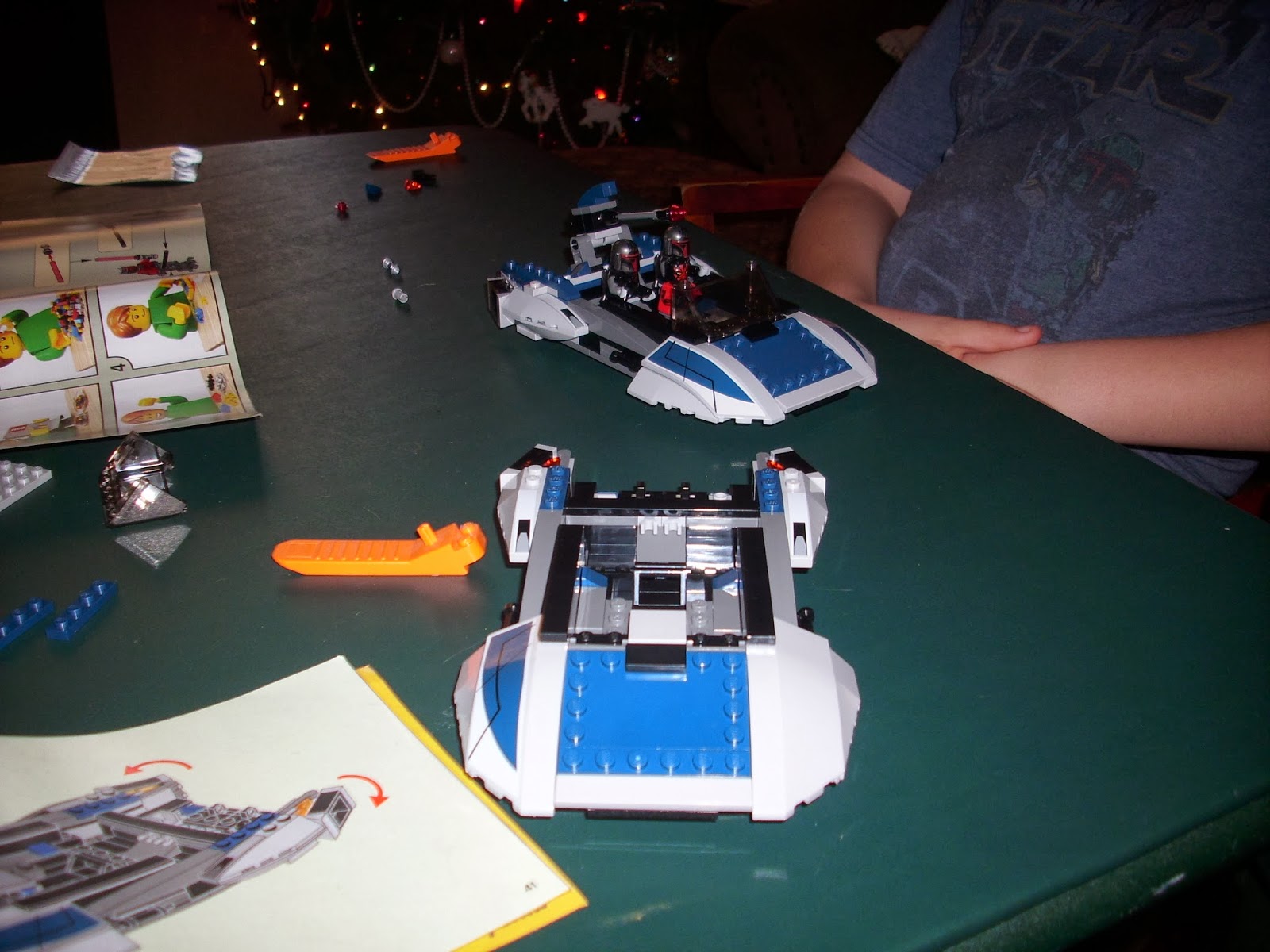 My son's model is finished, and mine is... well, not finished, as you can see from the picture. It wasn't as close as it looks from this shot, either. I had something like 15 more minutes of building to go. Or more. I don't remember, exactly. What I remember is that he finished way before me. But here are both Mandalorian Speeders sitting next to each other once I did get mine finished. 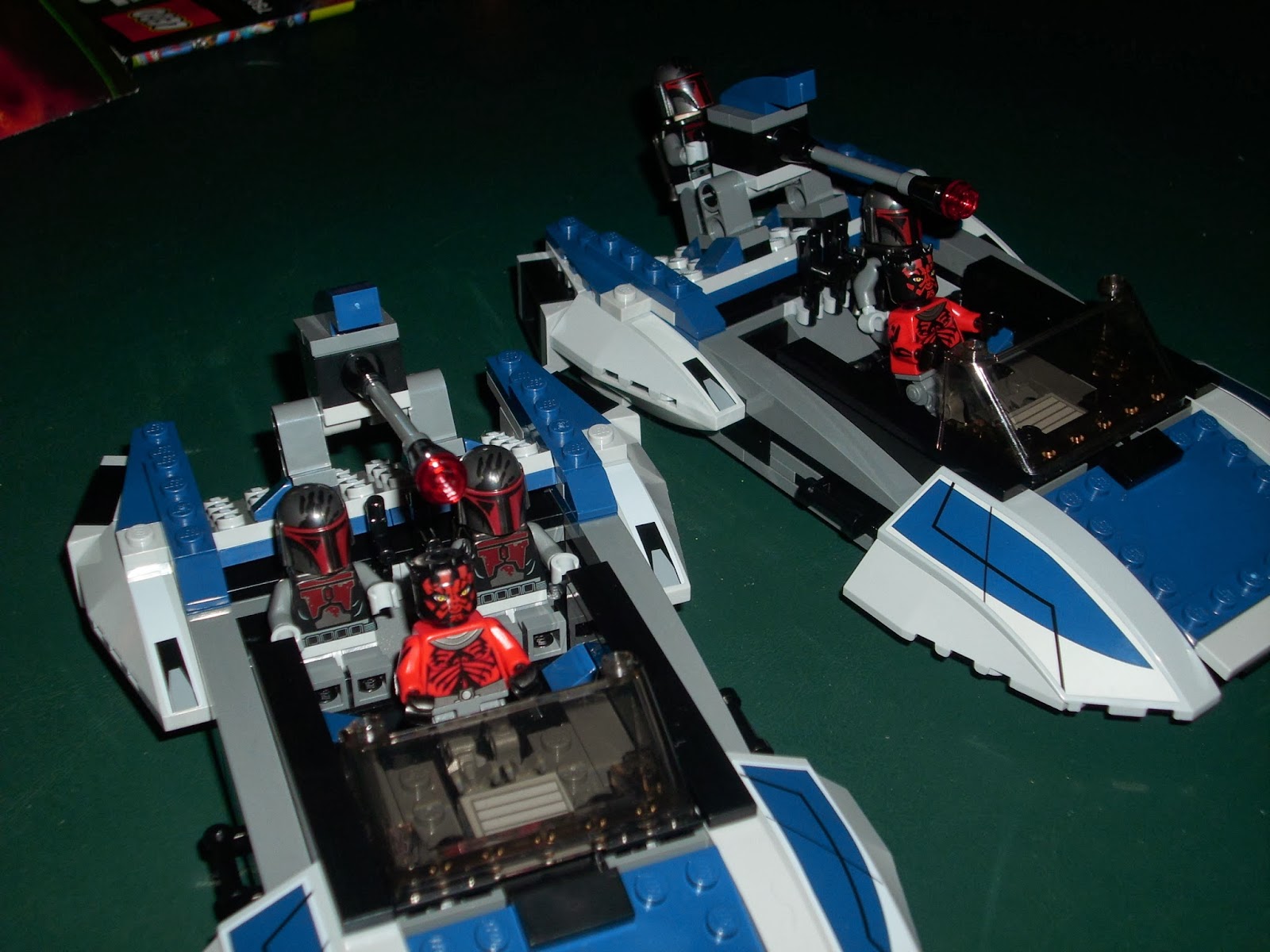 Clearly, I need more practice at this if I'm going to pose any kind of threat to my son next Christmas.

And that's our Christmas, or most of it, in a nutshell.
My daughter is already counting down to this year's Christmas. yea?
Posted by Andrew Leon at 9:50 PM