Part of taking advantage of the season passes we have to Six Flags meant going to the big Halloween thing they have: Fright Fest. In theory, I had no problem with this. I mean, it sounded kind of fun. On the other side of that, it meant taking two trips, because, the first weekend we planned to go (Fright Fest takes place during the whole month of October), my daughter got invited to a sleepover, so, although we went, we had to leave early-ish to get her back in time, and none of the scary stuff had started yet. That was kind of annoying. 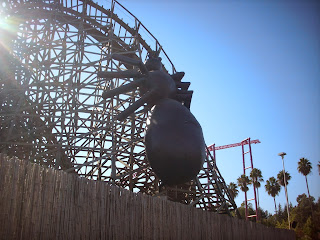 But we made plans to go back just for the scary stuff the following weekend. I use the term "scary stuff" kind of loosely. Let me explain:

Six Flags had a posted warning that children under 12 should not stay after dark because the park would become too scary for them. I saw the warning the first weekend we went and had some trepidation about taking my daughter who scares relatively easily and is less than 12. 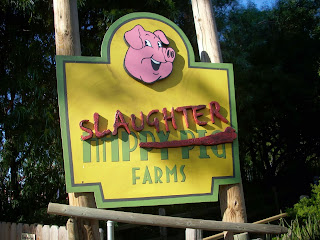 I have to say that if the free haunted places were a good representation of what scary is, then nothing was more scary than having some people dressed up as zombies. I don't know; maybe, I'm just jaded, but nothing struck me as scary and, other than the zombie clowns (whom my daughter thought were freaky (because clowns already start out creepy, according to her)), my daughter was barely fazed.

They did have some good shows in there, though. We saw Jim Mackenzie, a juggler and comedian. He had some sinus issues (note the nail in his nose), 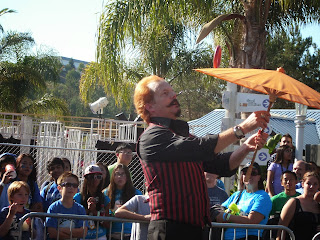 probably caused by running with scissors. 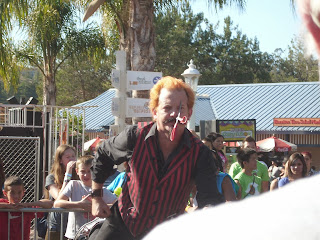 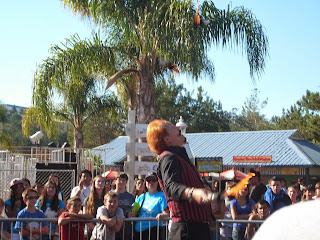 We also saw the zombie pirate and sea lion show. 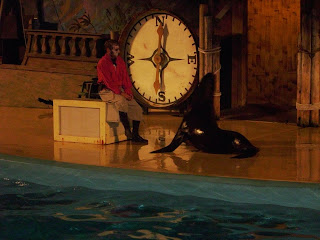 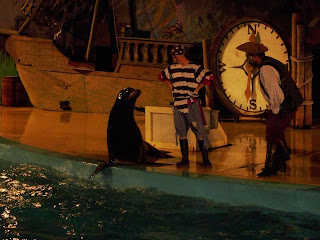 So the kids had fun, and the costumes the employees wore were pretty incredible. Here are some other pictures: 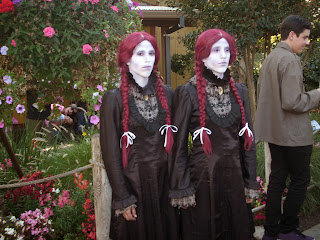 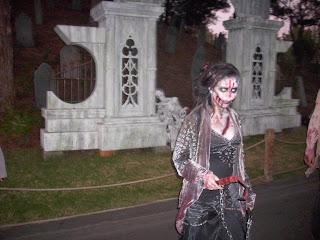 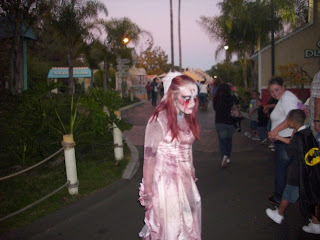 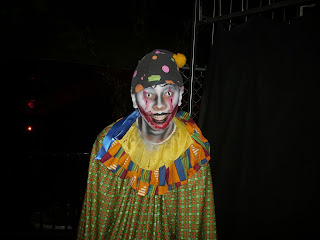 Oh, and my daughter tried to feed  my son to a giant alligator. 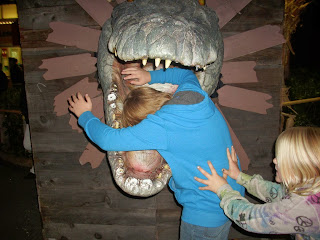 And, for the moment, we managed to avoid 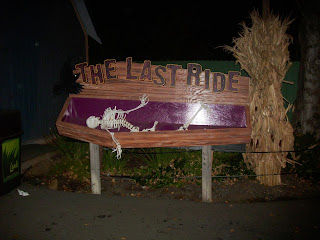