Let Me Count The Ways... 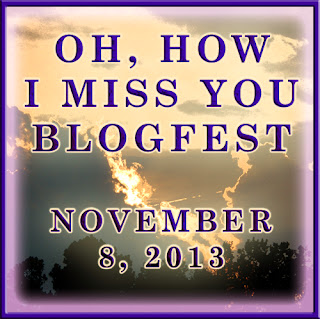 I've been bashing my head over this for weeks, trying to figure out who to include and how not to include anyone that I listed last year, but you know what? Screw that. I'm just going to list the people I list, no matter if they were on last year's list or not. I'm  not even going to go back and look. So...

The blogs I miss:

The blogs I would miss (so don't go anywhere):


Special Mention:
The Museum of Joy -- This was a blog I have missed because I thought it was gone, which was because it was gone, except that it was actually only moved. But no one knew that. Jericha has a way of always looking at the world as if she's seeing it for the first time, and it's pretty neat to read her thoughts about that. So, if you used to follow her, you can do that again, and, if you've never visited her blog, you should.

Okay, that's it for me, folks. It's time to go check in on some other blogs that people miss or would miss. If you have a favorite(s) blogger, you should really let him/her know. It's the kind of thing that can really lift someone up and, maybe, keep him/her from disappearing. Spread the appreciation around!

Here's the list of participants so that you, too, can check out the blogs people (would) miss: